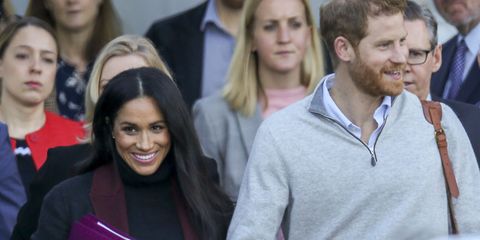 Just after arriving in Australia ahead of their first royal tour together, Kensington Palace has announced that Meghan Markle is pregnant with her first child.

The Duke and Duchess of Sussex landed in Sydney last night to begin their royal tour of Australia, New Zealand, the Kingdom of Tonga, and Fiji. After a busy weekend for the royal family, with Princess Eugenie’s wedding to Jack Brooksbank taking place at Windsor Castle, Kensington Palace revealed the happy news on social media.

Speculation regarding whether or not Meghan is pregnant has continued since her royal wedding to Prince Harry back in May 2018.

In a series of tweets, it revealed that the Duke and Duchess of Sussex were overwhelmed by the support of the general public ahead of their first child. Kensington Palace tweeted,

“Their Royal Highnesses have appreciated all of the support they have received from people around the world since their wedding in May and are delighted to be able to share this happy news with the public.”