Meghan Markle Steps Out for First Public Engagement as a Royal

The Duchess of Sussex has arrived.

A mere three days after marrying Prince Harry and officially becoming a member of the family,Meghan Markle has made her first public appearance as a royal.

The newlyweds stepped out at Buckingham Palace for a garden party hosted in honor of Prince Charlesas part of his 70th birthday celebrations, though the Prince of Wales’ actual birthday is not until mid-November. This particular event was held in recognition of the royal’s work as a patron for hundreds of organizations and charities. As Prince Harry joked during his speech, “Can I ask you to join me in wishing the Prince of Wales a very Happy Birthday—six months ahead of his 70th! How very Royal!”

In accordance with royal protocol, the new duchess sported pantyhose underneath her blush GOAT sleeved sheath dress with a sheer neckline (which has already begun to sell out on some sites). Markle paired the design with a bespoke slanted hat by Philip Treacy, a pair of Vanessa Tugendhaft rose-shaped diamond earrings and a Wilbur & Gussie oyster silk clutch. The outfit was finished off with a pair of blush Tamara Mellon leather pumps and, of course, her new gold wedding band on her left hand. In the full ensemble, the star looked every bit her new royal part.

The duchess stood by next to Camilla Parker-Bowles, Duchess of Cornwall and Prince Charles as her new husband delivered remarks at the podium in celebration of his father. More than 6,000 people from charities Charles supports are expected to attend.

“Who has not come away from a meeting with my father, their head spinning with a dozen new ideas which he wants to get underway urgently, having met a group of people or read something that has fired his imagination and started the flow of ideas,” Prince Harry said of his beloved dad. 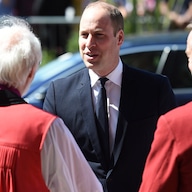 “His enthusiasm and energy are truly infectious; it has certainly inspired William and I to get involved in issues we care passionately about and to do whatever we can to make a difference. In fact, many of the issues William and I now work on are subjects we were introduced to by our father growing up.  His passion and dedication are remarkable and seeing so many of you here today, I cannot fail but to be in awe of the drive he has had for so many years, to contribute to the enrichment of society both in this country and around the world.”

With many eyes on the new husband and wife, cameras captured Markle rub Prince Harry’s back as they later exited together and laugh when he joked about being attacked by a bee at the podium. Love was certainly in the air! 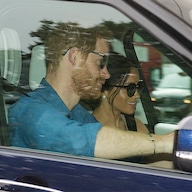 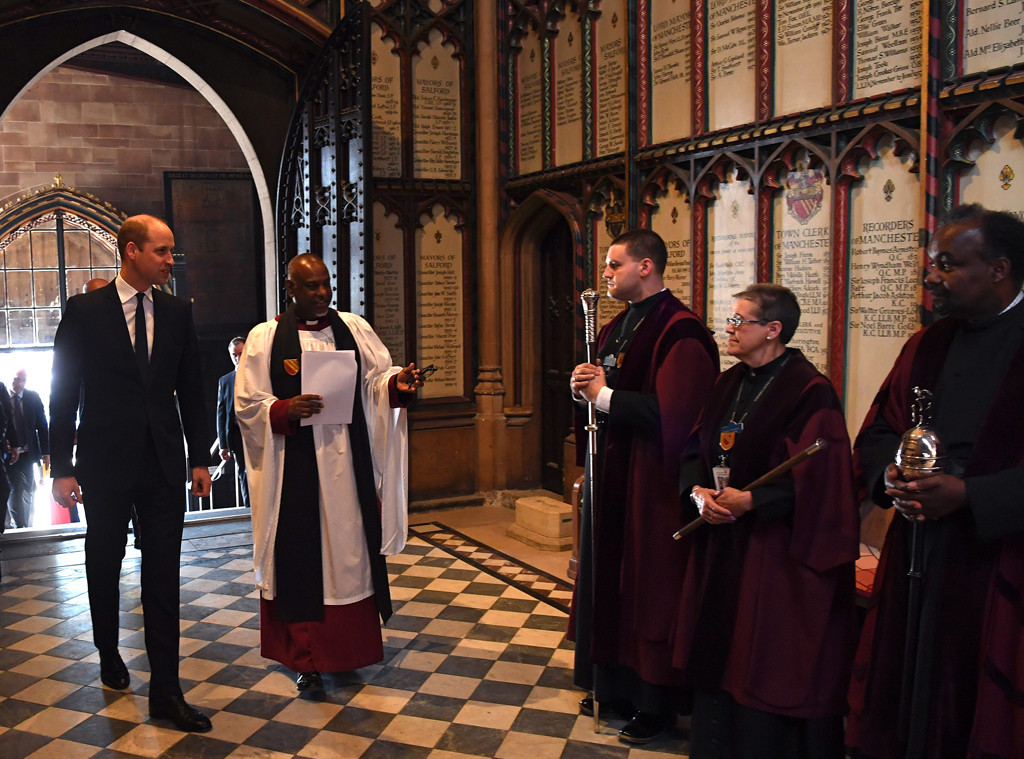 The event also falls one year after the Manchester Arena bombing. More than 250 members of the emergency services who were on the scene on the night of the attack joined the royals at the event.

“First, I would like us to take a moment to remember all those affected by the tragic events at the Manchester Arena a year ago,” Prince Harry said at the start of his speech. “It is right that we take a moment to recognize the amazing work they do every day and how each member of our Blue Light Services rise to meet the challenge of tragic events such as the attack a year ago. We are also joined by Youth United Cadets. Their organisation also provided triage support to the medical crews on the attack. So, on behalf of my family and everyone here, I would like to say thank you to the Emergency Services and all those who supported the injured and affected…Our thoughts are with those who lost loved ones and those still dealing with the experiences of that night.”

“Thinking of you all today and every day,” the songstress tweeted early Tuesday. “I love you with all of me and am sending you all of the light and warmth I have to offer on this challenging day.”