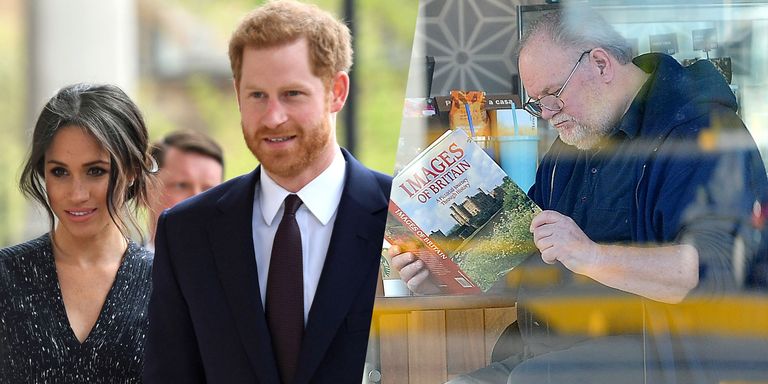 Meghan Markle’s dad, Thomas Markle, told TMZ that he will not attend the royal wedding and walk his daughter down the aisle following the controversy about his staged paparazzi photos.

He also told the site that he suffered a heart attack six days ago but checked himself out of the hospital to attend the nuptials. However, “he’s now decided not to go because he doesn’t want to embarrass the Royal Family or his daughter.”

Markle admitted to TMZ that he made a deal allowing paparazzi to photograph him getting ready for Meghan’s upcoming wedding to Prince Harry. The site adds that he “meant no harm to Meghan or the Royal Family” by the act.

Thomas Markle explained to TMZ that he’s been approached by the media numerous times since Meghan’s relationship with Harry made news. The site adds:

Markle added that was also offered $50,000 to $10,000 for interviews, but he turned them down. He was, however, approached by a paparazzi agency who offered him money, but it was “nowhere near” the $100,000 sum that Daily Mail previously reported.

Markle “figured there was no harm in it and it would help recast his image,” per TMZ. Now looking back, he said his paparazzi pictures look “stupid and hammy,” and he now regrets making the agreement with the photo agency.

Kensington Palace has issued an official statement Thomas Markle’s absence from the royal wedding. However, a spokesperson from the palace told Reuters: “We have got nothing on this at the moment.”

News broke over the weekend that Markle had planned photographs of his royal wedding prep in the past few months. The picture of him reading an Images of Britain book was reportedly staged; a barista told Daily Mail that Markle entered the coffee shop with a photographer.

The pictures of Markle surfing the web in an internet cafe for pictures of Harry and Meghan was also reportedly planned. Daily Mail obtained security footage showing the father of the bride entering the internet cafe with a photographer, who snapped photos of him at the computer.

There was also planning behind the image of Markle getting measured for his suit. The “tailor” who took his measurements turned out to be an attendant from a nearby party supply store, Daily Mail reports. The employee told the site that Markle brought his own measuring tape and someone took their pictures from the street.

After Thomas Markle’s paparazzi controversy broke over the weekend, his daughter Samantha (Meghan’s half sister) claimed that the staged photos were her idea.

“I have to say I am entirely the culprit. I said, ‘You have to show the world you’re getting in shape.’ It was my suggestion. I don’t believe he was paid and if he was it was a pittance. I can understand it’s awkward for Kensington Palace,” she explained on the British talk show Loose Women today.