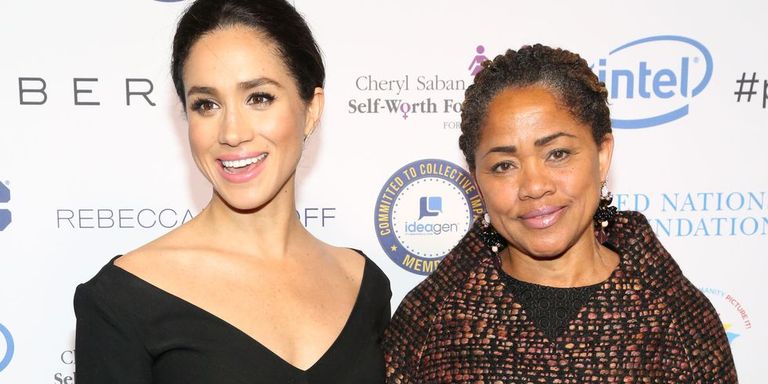 An important guest for the royal wedding just touched down in London: Meghan Markle’s mom. Doria Ragland has arrived to the British city to help her daughter and future son-in-law, Prince Harry, for the final prep before their nuptials on May 19.

Some of that pre-wedding prep entails meeting with the royal family, including the Queen, Prince Charles, Prince William, and Kate Middleton, royal contributor Omid Scobie told Good Morning America. “Doria will be meeting Harry and Meghan’s nearest and dearest while she’s here, including close friend Jessica Mulroney, who arrives on Monday,” he said.

Ragland will be staying with Harry and Meghan at Kensington Palace during her visit to the UK, Scobie added. However, Vanity Fair reports that the Queen has offered Markle’s family to stay at Frogmore House, which is where the second reception will take place the night of the wedding.

Meghan’s dad, Thomas Markle, is “en route,” Scobie said. He is confirmed to walk the bride down the aisle at the ceremony. His encounter with the royal family will mark his first time meeting Prince Harry. Both families will likely be under the same roof at the wedding rehearsal, which is set to take place before May 19.

Ragland will also have an important role for Meghan’s wedding. She’ll accompany her daughter during the car ride from her undisclosed overnight location to the ceremony at St. George’s Chapel, Windsor Castle. This marks an slight difference from the 2011 royal wedding, where Kate Middleton was accompanied by her father in the car on the way to Westminster Abbey.

Although Meghan’s mother has kept quiet following the news of her daughter’s royal engagement, she may be opening up soon in a very public way. She’s reportedly planning a sit-down tell all with Oprah after the royal wedding (which would be major).