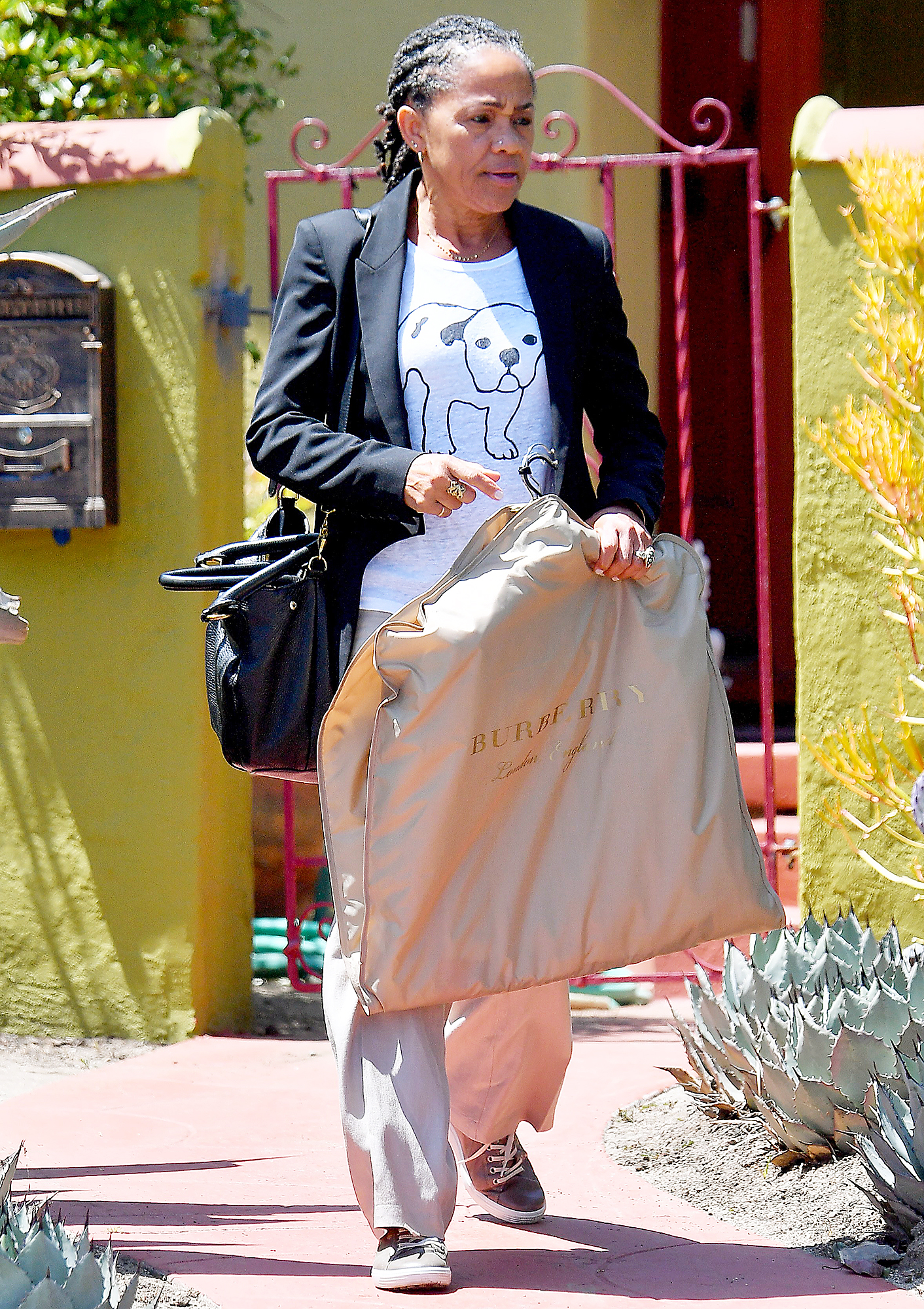 London is calling! Meghan Markle’s mother, Doria Ragland, is on her way to the U.K. for her daughter and Prince Harry’s Saturday, May 19, nuptials.

The yoga instructor, 61, was spotted leaving her Los Angeles home on Tuesday, May 15. She was carrying a Burberry garment bag as she prepared to jet off to London to meet the royal family ahead of the weekend festivities.

Although Ragland was scheduled to fly across the pond last week, her trip was delayed due to work. A source previously told Us Weekly that Ragland quit her job at mental health clinic in L.A. days before jetting off to London.

“It was Doria’s decision to leave,” noted the insider. “She has talked about starting her own private practice, focusing on working with elderly patients.”

Ragland’s departure on Tuesday comes amid ex-husband Thomas Markle’s recent revelation that he will not attend the reception due to health complications. On Monday, May 14, Thomas told TMZ that he will not be traveling to England because he recently suffered from a heart attack. Although he backtracked on Tuesday and told the site that he would still like to attend the wedding and walk his daughter down the aisle, he later said he would not be able to due to a scheduled heart procedure.

Markle, 36, and Harry, 33, are set to tie the knot at Windsor Castle’s St George’s Chapel in front of approximately 600 guests in just four days. Celebrity attendees include Victoria Beckham, Priyanka Chopra, and George and Amal Clooney.