Meghan McCain celebrated her return to ‘The View’ on January 4 by sharing the first photos of her beautiful daughter, Liberty Sage’s face. ‘Someone wanted to see me?’ she joked.

Meghan McCain celebrated her return to The View after three months of maternity leave by giving her fans a gift: the first photos of her darling daughter’s face. In the opening moments of the January 4 episode, co-host Whoopi Goldberg told Meghan just how amazing she looks post-baby, and asked to see photos of her little girl, Liberty Sage McCain Domenech. She delivered!

Meghan, looking very Gwen Stefani-esque in red lipstick and a high ponytail, revealed three photos of Liberty. One showed her daughter wearing a white onesie covered with stars and a big badge that says “3 months” pinned to the front. The next shot was taken on Liberty’s very first Christmas with her mom and dad, The Federalist co-founder Ben Domenech. In the sweet shot, Meghan, wearing candy cane striped pajamas, is holding her darling daughter in front of their Christmas tree.

This is actually the second photo Meghan shared from their magical Christmas. She previously posted a photo of Liberty asleep in her carseat while wearing the same reindeer PJs. She waxed poetic about her love for her daughter in the caption: “I am not a poet nor an artists — so I cannot fully express the ecstasy of motherhood. However, I will say having a daughter answers every existential and ontological question a human being confronts in this wild life. Ben and I have been so indescribably blessed and experienced nothing but an embarrassment of bliss since having Liberty.” 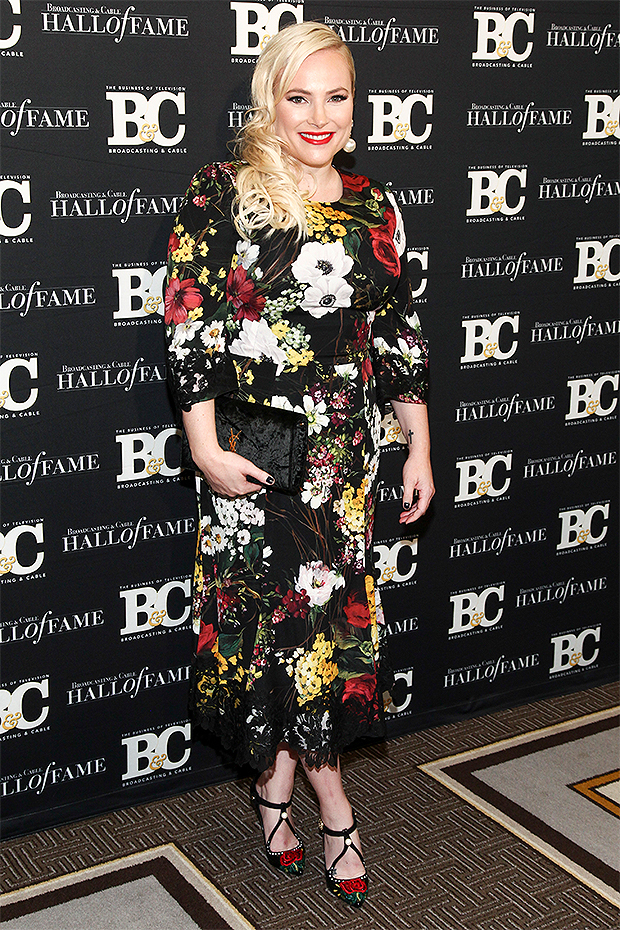 The final shot from Meghan’s January 4 post shows little Liberty crawling on a blanket while looking adoringly at her mom, who’s playing on the floor with her. “Someone wanted to see me?” Meghan captioned the post, along with a Statue of Liberty emoji. Now that’s an understatement! Meghan and Ben welcomed their bundle of joy in September 2020, and shared the very first glimpse of Liberty online in October.