The first lady is doing things her way. Melania Trump touched down in McAllen, Texas, on Thursday, June 21, in an unannounced trip to the border area to meet with immigrant children who have been separated from their families.

“I’m here to learn about your facility, to which I know you house children on a long-term basis. And I also like to ask you how I can help these children to reunite with their families as quickly as possible,” Trump, 48, said during a roundtable discussion with employees at the Upbring New Hope Children’s Shelter. 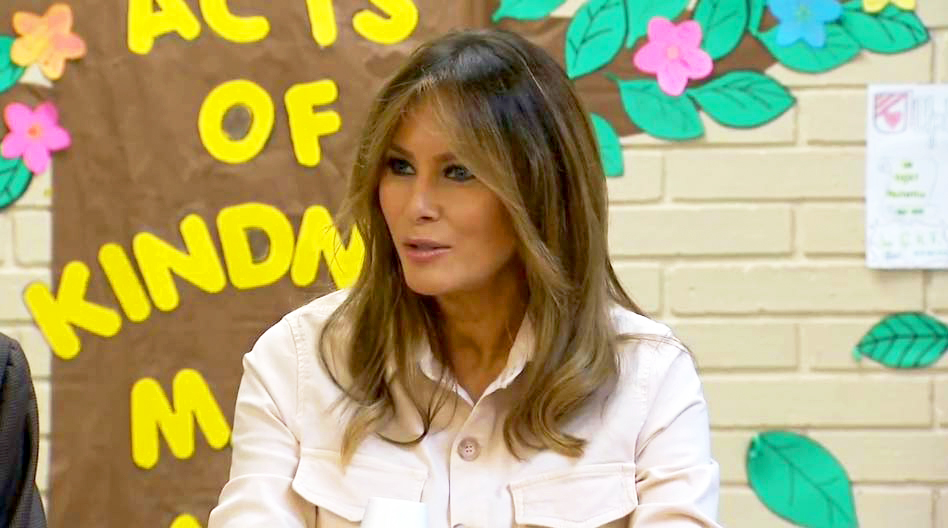 She also thanked the medical staff and social workers for their “hard work,” “compassion” and “kindness.”

The spokeswoman also told the network that Melania told her husband, President Donald Trump, “I’m headed down to Texas,” and “he was supportive.”

The visit came one day after the commander in chief, 72, signed an executive order to end his administration’s widely criticized immigration policy, which has led to at least 2,000 children being separated from their parents between April and May, according to officials from the Department of Homeland Security.

Grisham previously said in a statement to CNN on Sunday, June 17, that Melania “hates to see children separated from their families” and “believes we need to be a country that follows all laws, but also a country that governs with heart.”