Stephanie Winston Wolkoff published “Melania and Me: The Rise and Fall of My Friendship with the First Lady” last month 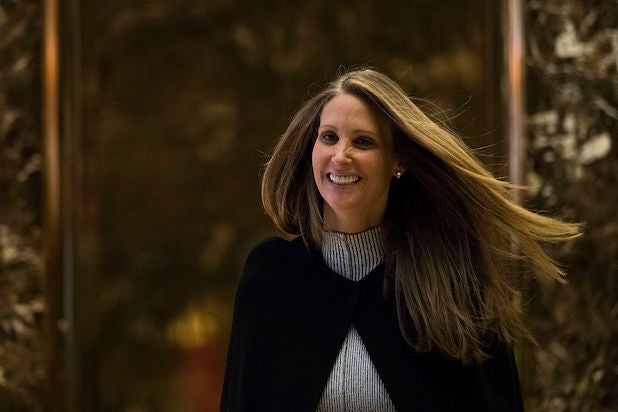 The Department of Justice has sued Stephanie Winston Wolkoff, a former friend and adviser to Melania Trump, over the tell-all book she published last month about the first lady.

In a suit filed on Tuesday, the DOJ argued that Wolkoff broke her nondisclosure agreement by publishing “Melania and Me: The Rise and Fall of My Friendship with the First Lady” and, as a result, should give up her profits from the book to a government trust.

“Ms. Wolkoff agreed, among other things, ‘that [she was] specifically prohibited from publishing, reproducing or otherwise divulging any such information to any unauthorized person or entity in whole or in part,” the lawsuit said. “The United States seeks to hold Ms. Wolkoff to her contractual and fiduciary obligations and to ensure that she is not unjustly enriched by her breach of the duties she freely assumed when she served as an advisor to the First Lady.”

Lorin Reisner, an attorney for Wolkoff, did not immediately respond to TheWrap’s request for comment.

This isn’t the first time the DOJ has sued over Trump-related tell-all books.

Over the summer, the DOJ unsuccessfully tried to block President Trump’s niece, Mary Trump, and former national security adviser John Bolton from publishing their respective tell-all books. And prior to the release of “Melania and Me” in September, attorneys for the DOJ also sought to block Wolkoff and her publisher, Simon & Schuster, from releasing the book, according to a report last month from the Daily Beast.