The show must go on! Michael Bublé and his wife, Luisana Lopilato, continued their “At Home With Michael and Luisana” video series after he came under fire for elbowing her in a previous episode.

The “Feeling Good” singer, 44, showered the actress, 32, with compliments from the very beginning of their Instagram Live session on Tuesday, April 21, saying, “This is my beautiful wife. My God, she looks good.” 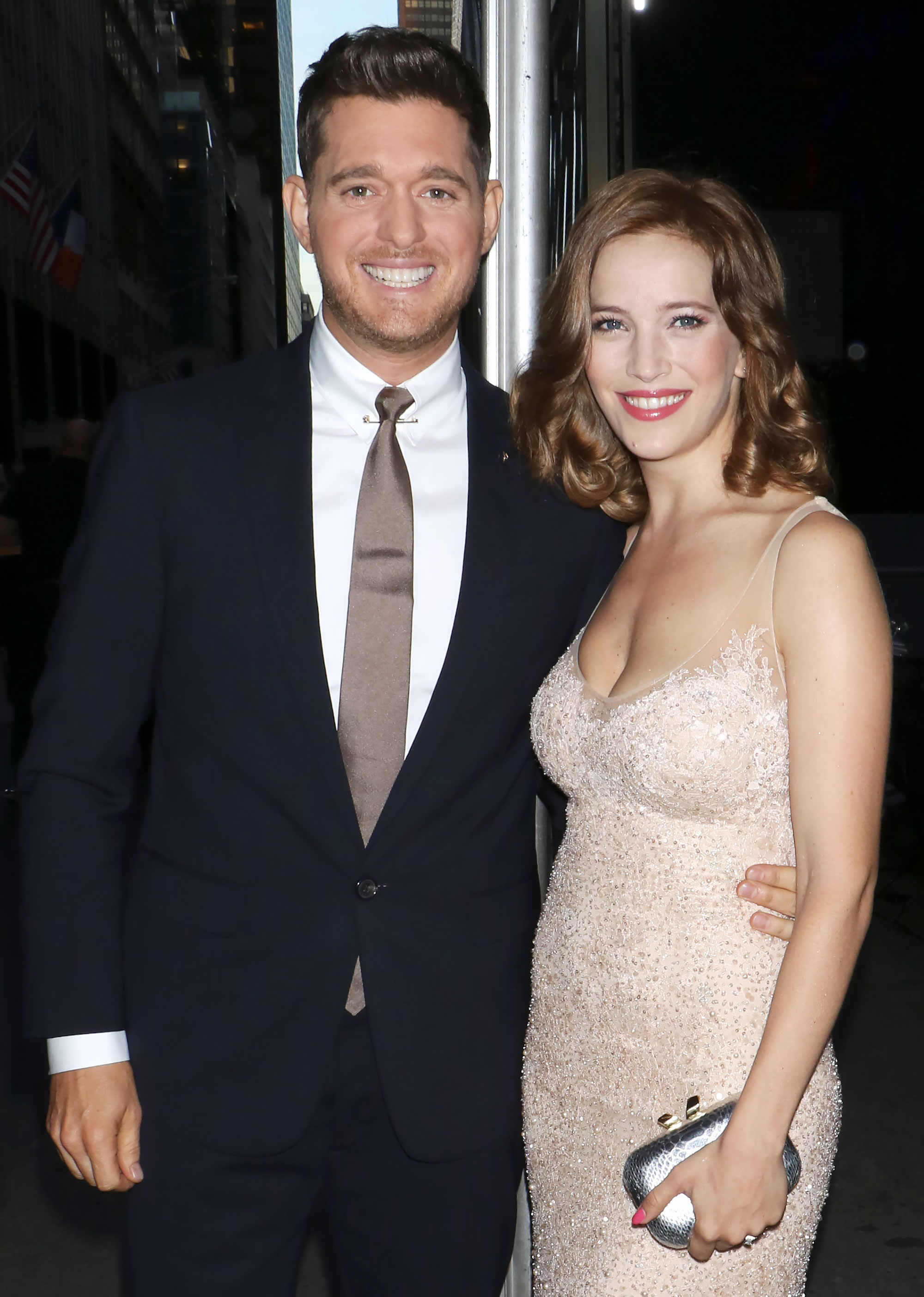 Lopilato kept her arm wrapped around Bublé throughout much of the 25-minute livestream as they updated fans on his music, their workouts and family. At one point, their 21-month-old daughter, Vida, crashed the video and sang along to Shawn Mendes and Camila Cabello’s hit “Señorita” with her father.

Earlier this month, the four-time Grammy winner made headlines for jabbing his elbow into Lopilato’s side and then yanking her closer to him during an “At Home” episode. Many fans were alarmed by the behavior, which prompted the Buenos Aires native to speak out and defend her husband of nine years.

“I want you to know that I have no doubts who my husband is and I would choose him a thousand times more!!” she wrote in Spanish via Instagram on April 12. “It’s not fair! … [These are] lies that I will not allow because [they] disrespect my family, so I ask you who have trusted me so much for years that you don’t allow it either … The world needs more than ever ‘love, hope, values, unity and solidarity’ NOT these types of people.”

Bublé’s rep, meanwhile, said in a statement on April 16, “Anyone who watches them on Facebook Live every day can see that this is a beautiful partnership filled with love. [The allegations are] a failed effort of cyberbullying.”

Bublé credited Lopilato with being his rock after their eldest son was diagnosed with cancer in 2016. Elias was given a clean bill of health a year later after undergoing chemotherapy and radiation.