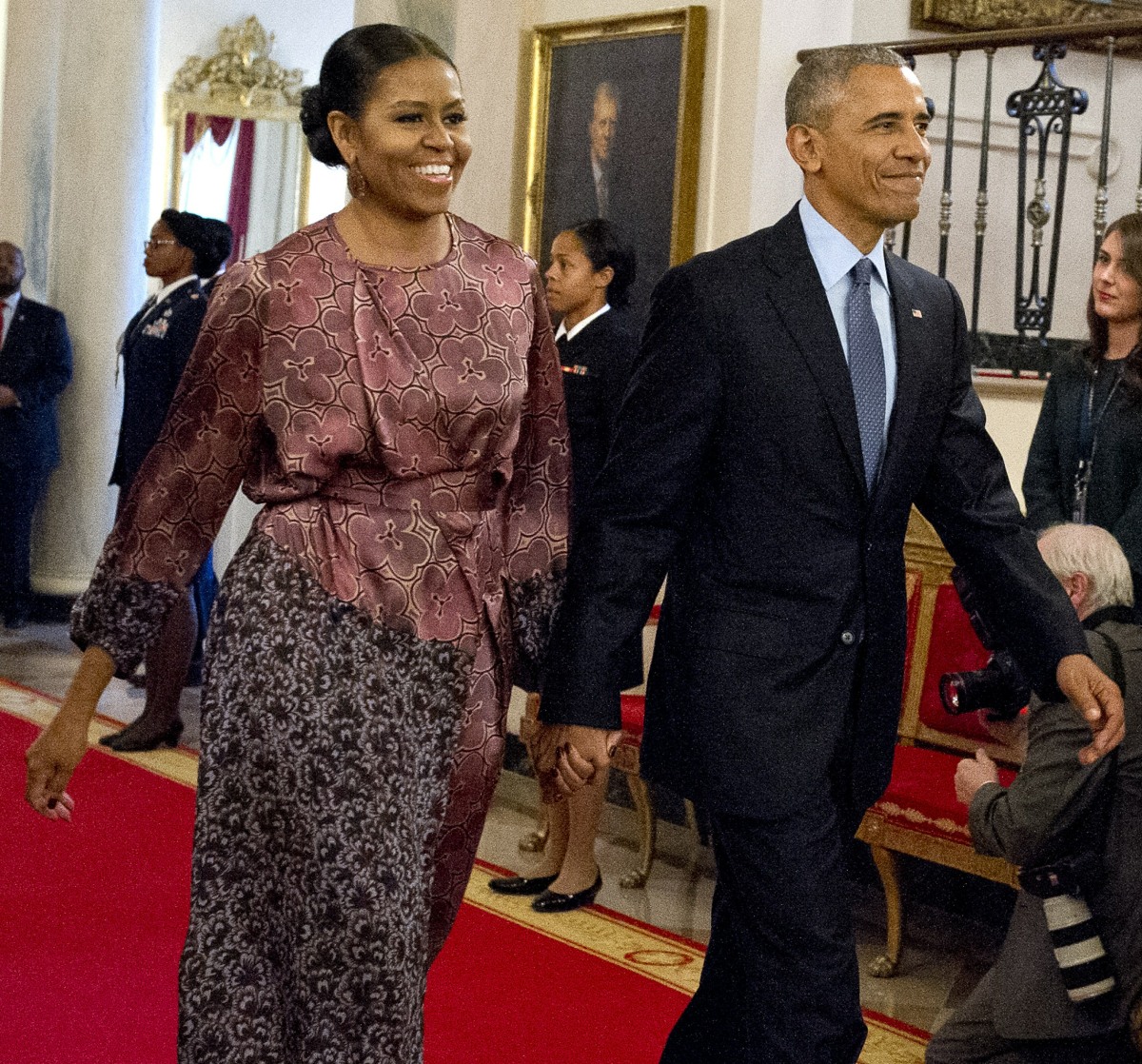 In this week’s Gossip with Celebitchy podcast, we talked a bit about how presidential Joe Biden has been ever since Election Night, and how crazy it is that the Republicans refuse to accept the election results. Donald Trump has not conceded. And President-Elect Biden has basically shrugged and said Trump is embarrassing himself. I made the point that Biden doesn’t have to act as his own attack dog now that he’s president. He can count on congressional Democrats to make the argument for him. And it looks like he’s counting on Michelle & Barack Obama to make the argument for him as well. During Barack Obama’s 60 Minutes interview on Sunday, Barry was asked about Trump’s failure to concede, and he said this:

“My advice to President Trump is: If you want at this late stage in the game to be remembered as somebody who put country first, it’s time for you to do the same thing. A president is a public servant. They are temporary occupants of the office by design. And when your time is up, then it is your job to put the country first and think beyond your own ego, and your own interests, and your own disappointments.”

God, remember when we had leaders who talked like this? Jeez, the past four years have felt like thirty years. But yeah, I don’t even think Barry went that hard on Trump, probably because Obama knows Trump isn’t listening and “put your country first” is not an argument which will land in TrumpWorld. So, I was surprised to see Michelle Obama wade into this conversation too, speaking in a very personal manner about transitions:

This week, I’ve been reflecting a lot on where I was four years ago. Hillary Clinton had just been dealt a tough loss by a far closer margin than the one we’ve seen this year. I was hurt and disappointed—but the votes had been counted and Donald Trump had won. The American people had spoken. And one of the great responsibilities of the presidency is to listen when they do. So my husband and I instructed our staffs to do what George and Laura Bush had done for us: run a respectful, seamless transition of power—one of the hallmarks of American democracy. We invited the folks from the president-elect’s team into our offices and prepared detailed memos for them, offering what we’d learned over the past eight years.

I have to be honest and say that none of this was easy for me. Donald Trump had spread racist lies about my husband that had put my family in danger. That wasn’t something I was ready to forgive. But I knew that, for the sake of our country, I had to find the strength and maturity to put my anger aside. So I welcomed Melania Trump into the White House and talked with her about my experience, answering every question she had—from the heightened scrutiny that comes with being First Lady to what it’s like to raise kids in the White House.

I knew in my heart it was the right thing to do—because our democracy is so much bigger than anybody’s ego. Our love of country requires us to respect the results of an election even when we don’t like them or wish it had gone differently—the presidency doesn’t belong to any one individual or any one party. To pretend that it does, to play along with these groundless conspiracy theories—whether for personal or political gain—is to put our country’s health and security in danger. This isn’t a game. So I want to urge all Americans, especially our nation’s leaders, regardless of party, to honor the electoral process and do your part to encourage a smooth transition of power, just as sitting presidents have done throughout our history.

Again, this isn’t an argument which will land for Donald Trump. But is that who this is for? I think this might be for Melania Trump, or Ivanka, or people of sense in the Republican caucus. It hurts me to think of Michelle having to put aside her contempt for these racist pigs and welcome them into the Obama White House. She’s basically like “if I had known pettiness and denial was an option…” 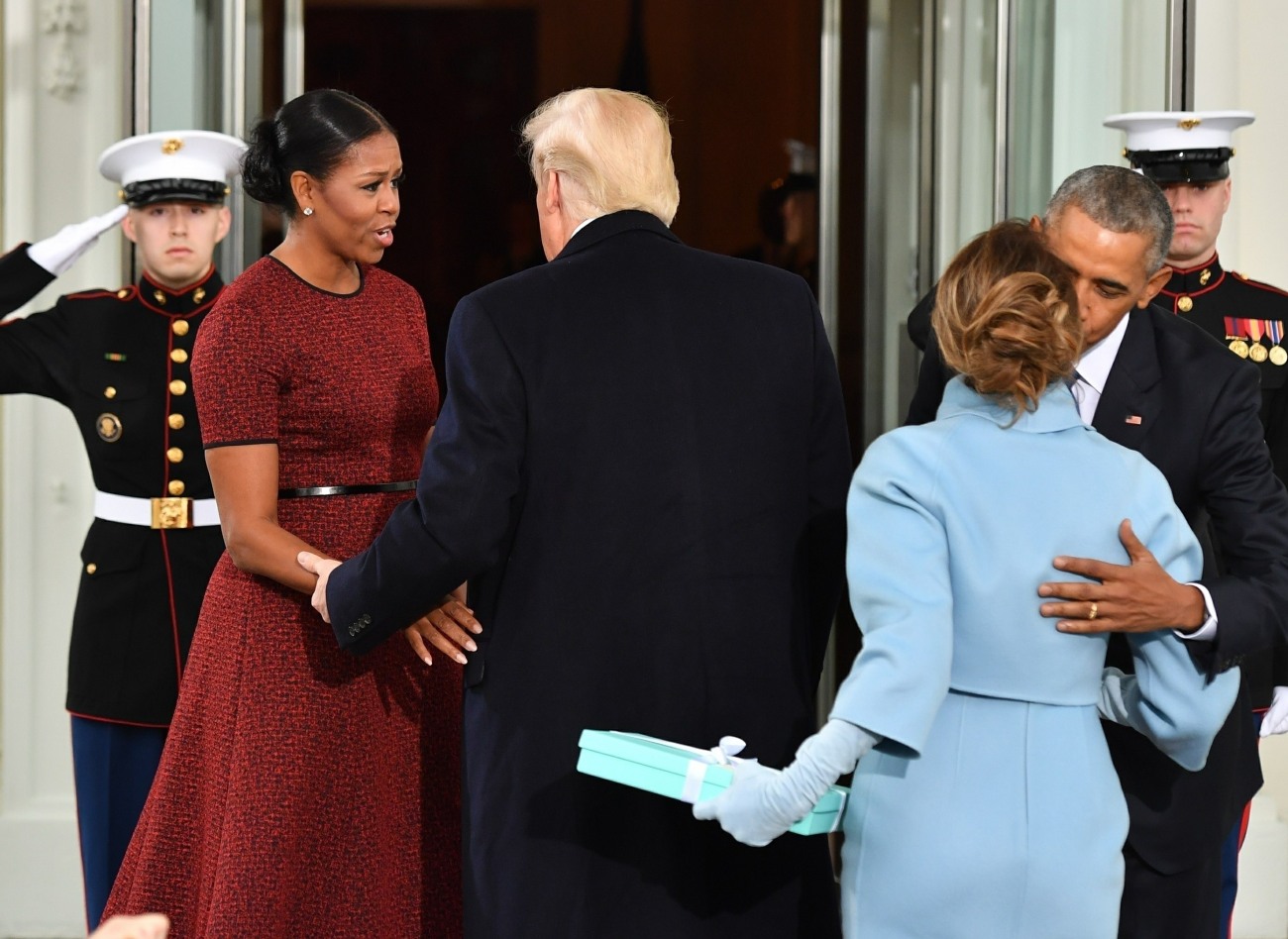 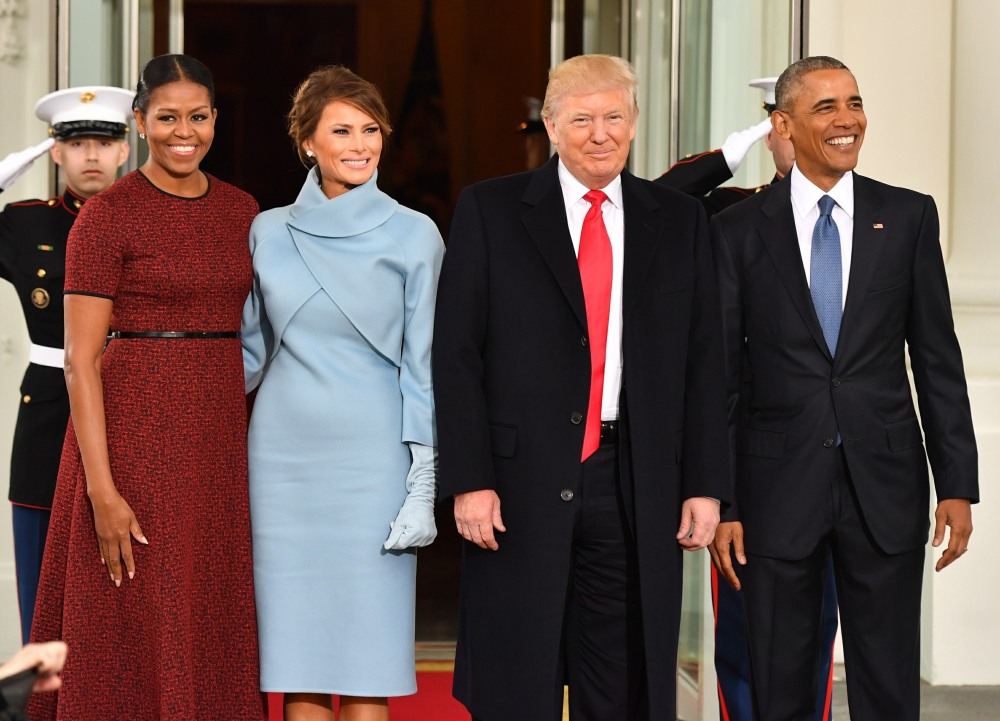