“I didn’t realize at the time that anybody noticed what we were doing,” Obama said during her Thursday, October 11, appearance on the Today show. “President Bush and I … We are forever seat mates because of protocol. That’s how we sit at all the official functions so he is my partner in crime at every major thing where all the formers gather. So we’re together all the time, and I love him to death. He’s a wonderful man. He’s a funny man.”

The 54-year-old former first lady further specified the special kind of treat Bush, 72, gave her. “I will add they were old cough drops,” Obama noted. “That’s the funny thing, because they were in the little White House box, and I was like, ‘How long have you had these?’ And he said, ‘A long time. We got a lot of these!’” 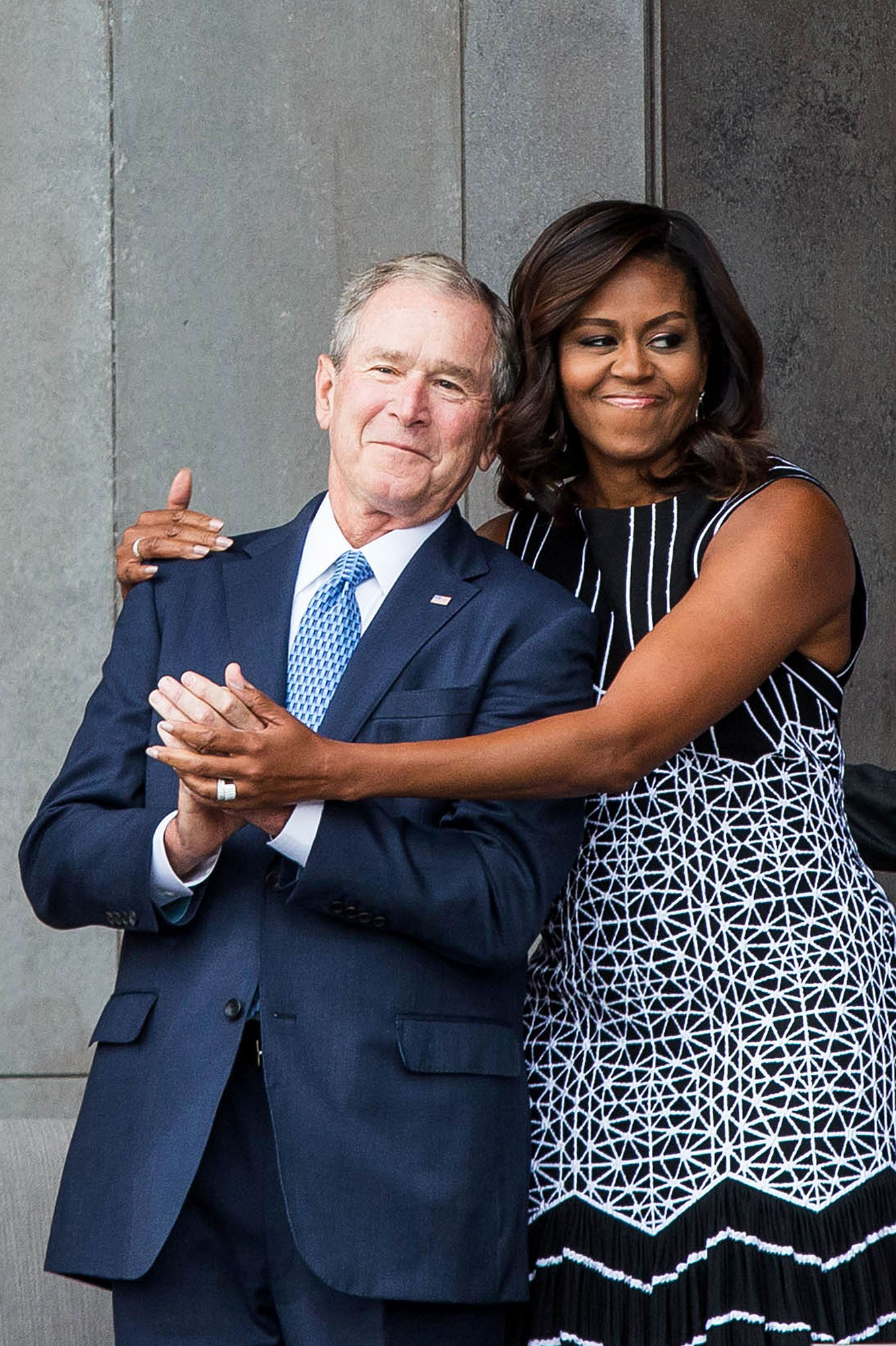 When the moment went viral, many lauded Obama and Bush — one a Democrat, one a Republican — for reaching across party lines. “That’s what people are hungry for … Party doesn’t separate us, color, gender, those kinds of things don’t separate us. It’s the messages that we send,” the Becoming author — her book tour kicks off in November — insisted. “If we’re the adults and the leaders in the room and we’re not showing that level of decency, we cannot expect our children to do the same.” (McCain died at age 81 after battling brain cancer.)

Obama, who visited the Today show in honor of International Day of the Girl, also discussed her newest initiative, Global Girls Alliance, which supports adolescent girls’ education. “The stats show that when you educate a girl, you educate a family, a community, a country,” the lawyer explained. “It makes no sense … that girls and women are not getting educated, that they’re not in school … If we care about climate change, if we care about poverty … then we have to care about education.

The philanthropist also credited her daughters — Malia, 20, and Sasha, 17, with former President Barack Obama — for inspiring her latest project. “They are some of the reasons why this issue means so much to me because I think about what it means for them to have their voice and to have come out of those eight years [in the White House] confident and poised.”