Miley Cyrus Makes $2 Million After Selling Her California Hideaway Home After Only One Year: Photos

Miley Cyrus has made a profit after flipping her Hidden Hills mansion and selling it for $7.2 million, more than $2 million than she originally paid for the abode.

Miley Cyrus, 28, has pocketed $2.3 million after selling her six-bedroom Los Angeles mansion, which she purchased just last year. The Hannah Montana alum renovated the Hidden Hills area home, which she paid $4.95 million for in 2020, and has now sold for $7.2 million, Variety reports. According to the outlet, the singer gave the house an “Alice-in-Wonderland-level sensory experience” complete with Gucci wallpaper, a psychedelic-themed recording studio, and a room with leopard print wallpaper for getting glammed up. 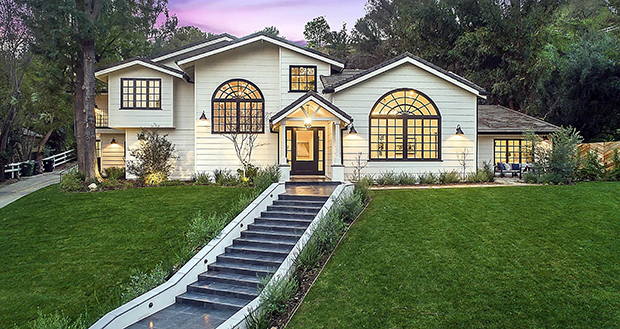 The 6,800-square-foot home was built in the 1950s, however it has been mostly refurbished, and now features arched windows, French oak floorboards and a large outdoor entertaining area. The formal dining room has a wet bar and a fireplace, while the screening room features eight black leather reclining seats and a 135-inch screen.

Miley previously opened up about one of the most unexpected home décor pieces she loves. “I like sex toys,” she said in an interview with Sirius XM radio’s Barstool Sports show. Miley went on to explain that she not only likes them for use, but also to put on display. “I buy them for myself, but I end up using them for interior design. Sex and interior design go actually hand in hand,” she added. 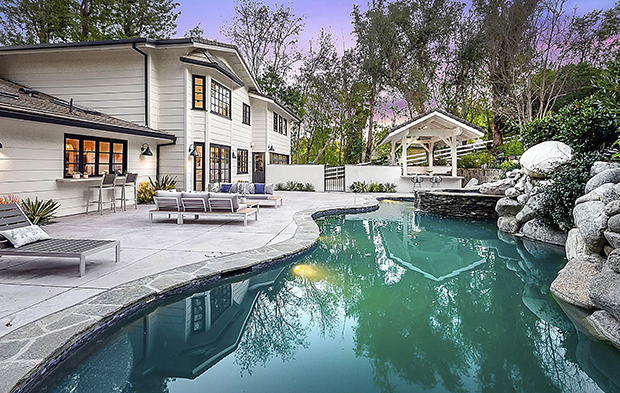 The Plastic Hearts singer made multiple changes to the 1.25 acre property, which boasted a lagoon style swimming pool, among other luxuries. “When I come home, I get to choose what f****** color the couch is and I couldn’t choose, so I picked all f****** three colors,” she revealed. “And so that just really feels really good.”

Miley also owns a 30-acre country estate in her home state, just outside of Nashville, which she purchased for $5.8 million in 2017. She also previously lived in Malibu with ex-husband Liam Hemsworth, 30, however they sadly lost the home in the 2018 Woolsey Fire, and divorced shortly afterward.