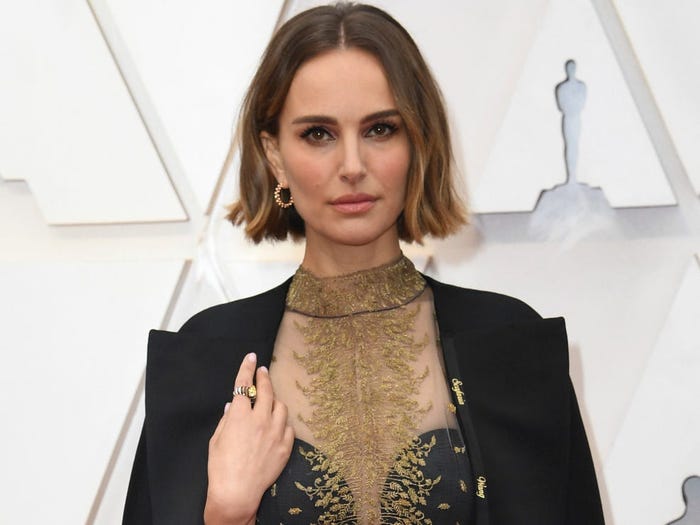 Natalie Portman reacted to "Thor 4" costar Chris Hemsworth's recent workout photo that he posted on Instagram, which showed off his bulging muscles.

"It's otherworldly," Portman said of Hemsworth's physique during a virtual appearance on "Jimmy Kimmel Live" that aired on Monday. "I feel like I'm so unversed in what muscles do and how they get like that."

"I was like, 'Does the blood drain out of you when you use your muscles?' cause it looks so white, doesn't it?" the actress added, referring to her costar's seemingly uneven tan. "I feel like it's a t-shirt tan. Right? Is that what's happening?"

Portman then jokingly offered to help Hemsworth even out his skin tone.

"Oh, Chris, we got to get you some spray tan," she said. "We got to help with the muscle pictures."

The actress, who stars as Jane Foster in the Marvel Cinematic Universe, also told Kimmel that she's currently in Australia filming the fourth installment of "Thor," titled "Thor: Love and Thunder."

The movie, directed by Taika Waititi, will star Hemsworth as the titular character, Portman as Jane Foster, Tessa Thompson as Valkyrie, and Christian Bale as a villain.

"Guardians of the Galaxy" star Chris Pratt will appear in the film as Peter Quill/Star-Lord, which makes sense since the Star-Lord and Thor team-up was teased at the end of 2019's "Avengers: Endgame."

In "Thor 4," Portman will be wielding the hammer and said her character will become the Mighty Thor. The "Black Swan" star also told Kimmel that, like Hemsworth, she's been stepping up her exercise routine in preparation.

"[I'm] trying to train and look like an action figure at some point, hopefully," the Oscar-winning actress said.

"He's looking good," Portman said of Hemsworth. "It's a lot of pressure. I'm gonna look like his little grandma next to him."

Watch the video below (Portman talks about Hemsworth at 4:00).