NBL executive director Larry Kestelman believes Sydney Kings crowds could get even bigger following a 32 per cent rise in home attendance this season.

Even before the signing of Australian great Andrew Bogut, the league and the Kings were determined to improve their crowds this season. 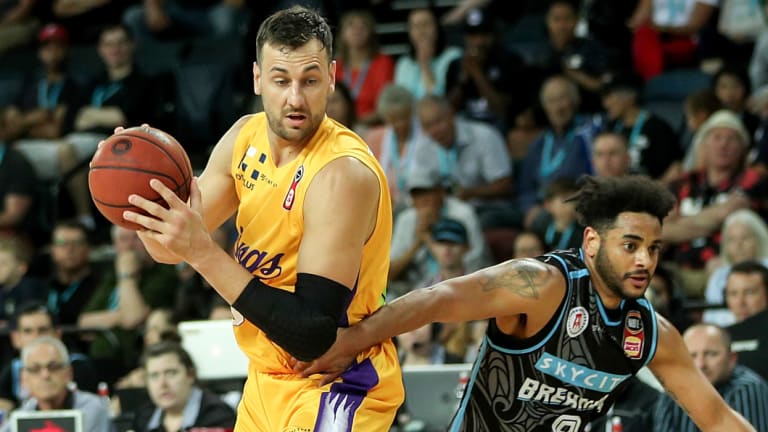 Popular attraction: Andrew Bogut has helped bring the crowds to the Kings this season.Credit:AAP

So far 102,551 fans have attended home games in the first half of this season out of 350,273 attendance across the league.

Kestelman said it was a relief to see the Kings making big strides with the team entering the second half of the season right in the hunt of the title.

"Our biggest goal for this year was all about Sydney, that was the one market we really needed to have some movement in," Kestelman said on Thursday.

"To see crowds 32 per cent up, relief is a great word to describe it. We are very, very happy and all other markets are stronger as we have grown so much in the last three years, we have more than doubled attendance, so we knew they would be harder to move significantly.

"We are on track to break the all-time record for NBL attendance which I'm very confident we will smash."

Kestelman isn't putting any limitations on how much the Kings could grow their home support due to the size of Qudos Bank Arena and the attraction of seeing Bogut back home starting with the Kings pre-Christmas showdown with reigning champions Melbourne United on Sunday.

"I'm hoping that we will set a new record for attendance in the game against Melbourne so I'm very, very hopeful we can set some new records there," Kestelman said.

"Heading into the second half of the season, fingers crossed their performance keeps up as I would love to see nothing more than Sydney in the grand final – that would be great."

Meanwhile, while the Kings draw in more fans, a former King is moving closer to a move to the NBA.

Last season's NBL rookie of the year Isaac Humphries enjoyed a career-night at the NBA G-League Showcase on Thursday.

The showcase sees all NBA G-League sides travel to Las Vegas for games in front of scouts and general managers from around the NBA and the world so the 20-year-old could not have picked a better game for a breakout performance.

Humphries, who grew up in Sydney, chose to head overseas following the last NBL season and his move to the US is looking a wise one.

Humphries spent part of the NBA pre-season with the Atlanta Hawks but is eligible to join any NBA side should they want to sign him.

"It's even better when your team gets the win as it's always a weird situation when you play well and your team doesn't win," Humphries said in a G-League video.

"It's important [to play well in front of NBA scouts] but it is more about the team winning than that."