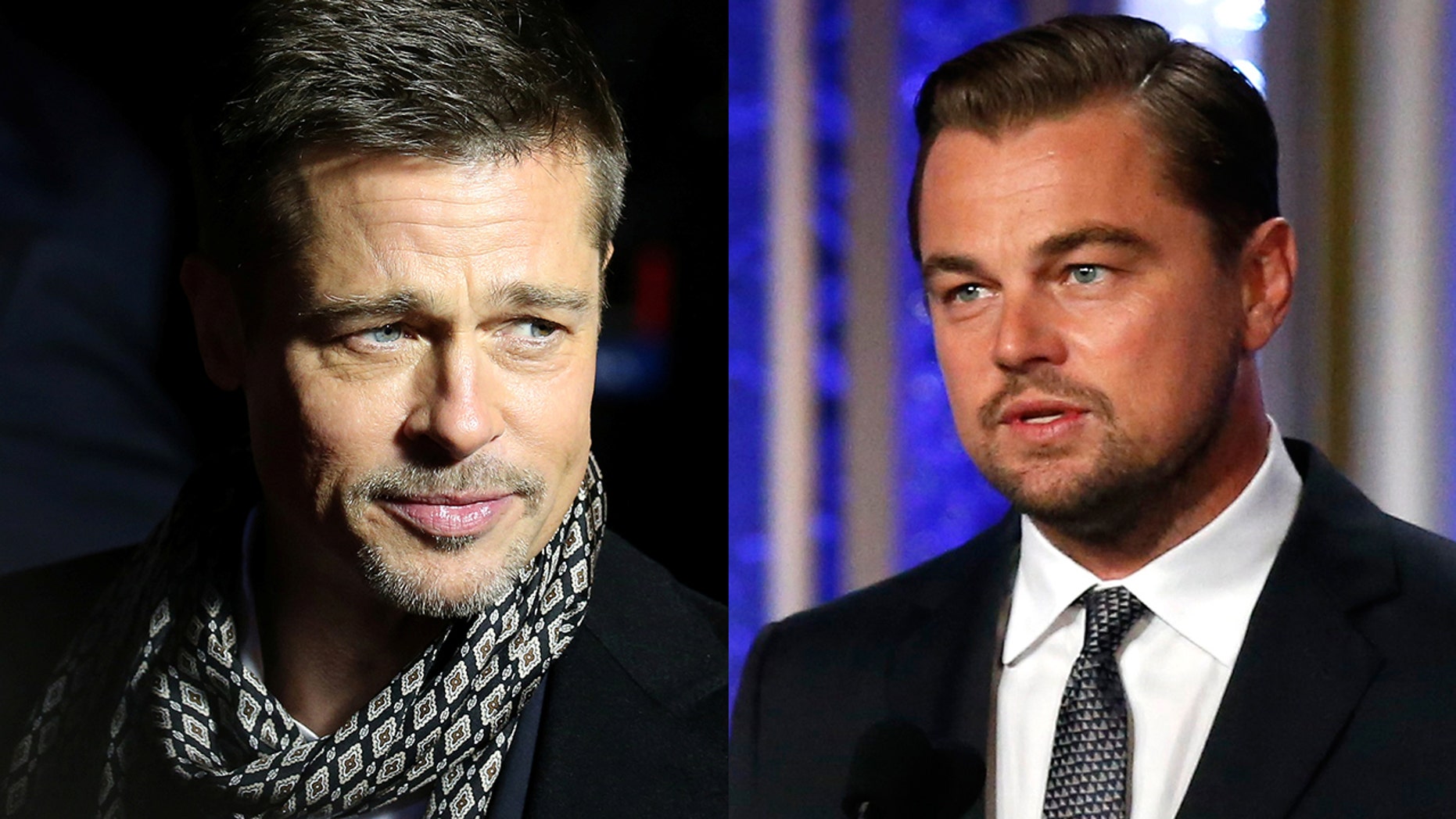 Brad Pitt, left, and Leonardo DiCaprio will star in Quentin Tarantino’s upcoming Manson movie "Once Upon a Time in Hollywood."
(Reuters)

Many fans are not happy with the promotional cover for Leonardo DiCaprio and Brad Pitt’s upcoming blockbuster.

On Monday, fans made their voices heard after DiCaprio shared the final poster for “Once Upon a Time in Hollywood” in which he leans against a wall, hands crossed as he gazes off into oblivion while sporting a brown leather jacket and dark gray slacks. The poster also showcases DiCaprio’s co-star Brad Pitt looking California cool in a yellow-collar shirt over a tucked white T-shirt and dark blue jeans.

The Quentin Tarantino-directed film has garnered much enthusiasm from fans, although not everyone approves of the noir-esque representation as some viewers thought DiCaprio and Pitt appeared to be heavily retouched.

One person tweeted, “Remember when REAL artist would paint real works of art for posters… Sigh, I mean I am still excited as hell for this movie but this poster is lame as f—!”

Another social media user echoed the sentiment, writing, “Brad Pitt looks photoshopped,” while another chimed in saying the poster looked as though Pitt’s face was fixed over Matthew McConaughey’s body.

Despite the outrage by some, many Tarantino followers shared their excitement for the film when he shared the poster on his Instagram account.

“Can’t wait,” said one person. “I was in Hollywood when this was being filmed. Too cool. Not a great poster though,” while another simply wrote, “Anoter (sic) epic movie no doubt about it.”

“Once Upon a Time in Hollywood” chronicles the life of a Western actor and his stunt double in 1969 Los Angeles during the Charles Manson murders. The ninth Tarantino film is slated to hit theaters this July.