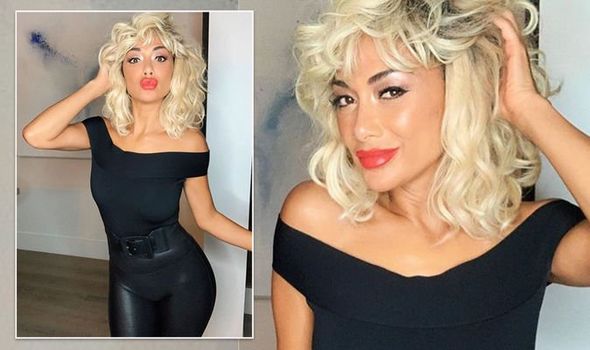 Nicole Scherzinger went above and beyond the call of duty this week, when she transformed herself into Sandy Olsson from the iconic musical Grease.

The singer showcased her incredible figure in the famous outfit fictional character Sandy wore in the closing scenes of the 1978 movie.

She then performed an online duet with fellow X Factor star Gary Barlow for his Instagram Crooner Sessions.

Nicole and Gary sang John Travolta and Olivia Newton John’s track You’re The One I want from the famous film.

Nicole really got into character for the video.

The Pussycat Doll star wowed in a pair of black skintight trousers and an off-the-shoulder top.

The normally brunette star completed her transformation with a blonde wig and classic red lipstick. 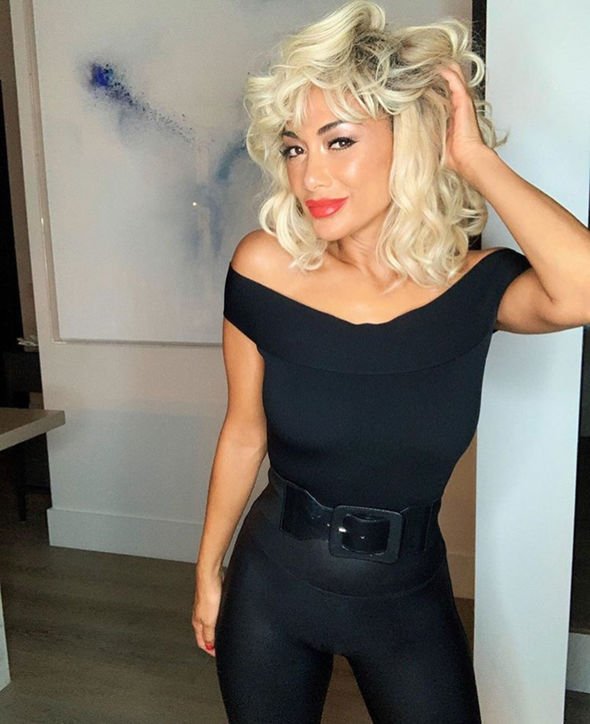 Sharing a video of their duet on his Instagram account, in view of his 680,000 followers, Gary thanked Nicole for taking part.

He said: “Omg I love this – thank you so much @nicolescherzinger for going over and above the call of duty – great fun making this clip.

“Nicole, thank you for being a fantastic sport. Miss ya #thecroonersessions.”(sic)

The Take That star has also performed with Britain’s Got Talent star Alesha Dixon, as well as Paloma Faith and Nial Horan to name a few. 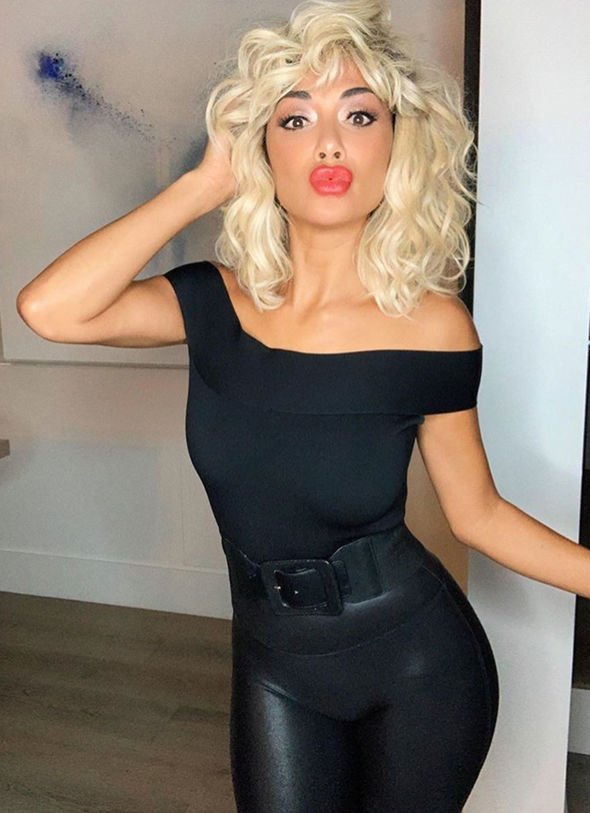 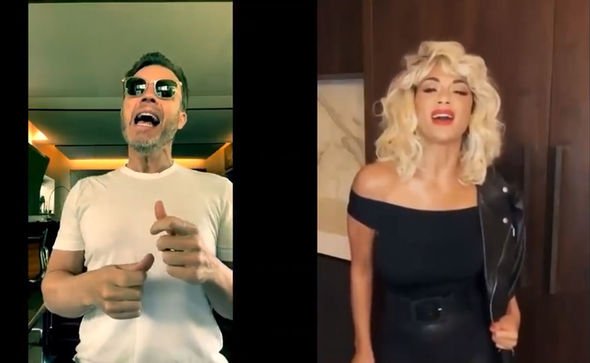 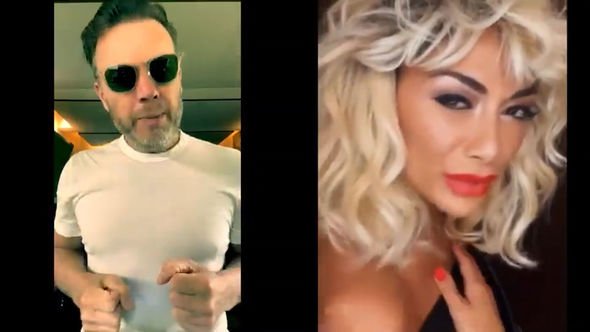 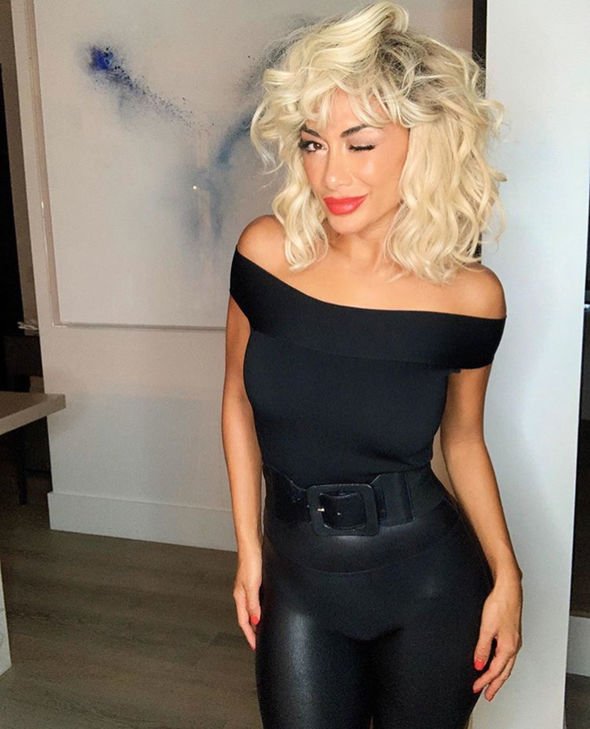 Making the most of her new look, Nicole posed up a storm in the eye-catching outfit before sharing the pictures on her own Instagram account.

The television star posted three sexy snaps online, and then shared a lip syncing video with her 4.5 million followers.

She captioned the footage, which used a sound clip from the film, with the well-known line: “Tell me about it…stud.”

Instagram users and fans were blown away with the transformation.

One user said: “You look awesome,” while another added: “Amazingly hot.”

Making a reference to the film, a third fan added: “I’m hopelessly devoted to you.”