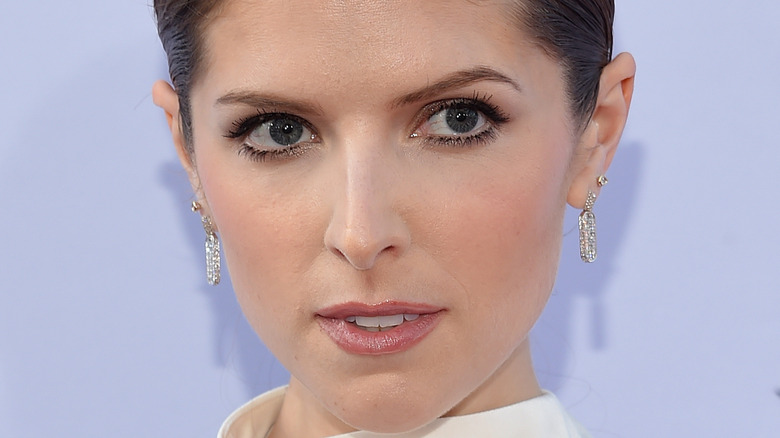 Anna Kendrick has come a long way since her big break playing Bella’s friend in the screen adaptation of “Twilight” (via IMDb). After wrapping up filming on the unintentionally hilarious flick, the actress made a big leap by starring in “Up in the Air” alongside George Clooney, which earned her an Oscar for Best Performance by an Actress in a Supporting Role, per IMDb. From there, her career really took off, and she’s now one of the most likable and versatile actresses Hollywood has to offer.

But just as Anna Kendrick’s acting roles have come a long way, so has her fashion sense. While we can’t blame her for dressing like a typical Y2K teenager in her earlier days, even in 2013 she was labeled as My Fashion Life’s worst dressed star of the week. (Yikes.) However, in recent years, Kendrick has certainly upgraded her closet and stepped up her game, serving up some seriously stunning looks. There are a few top contenders, but here’s the single look that stands above the rest. 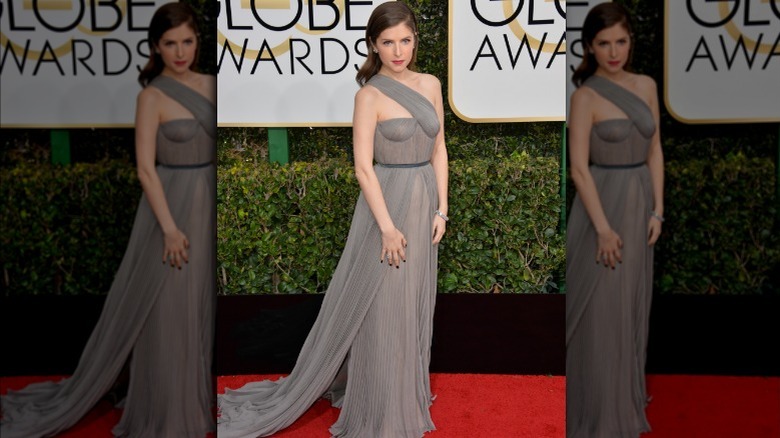 When you think of Anna Kendrick’s closet, you might think it’s full of street clothes to match the cool-girl vibes she’s always putting out, but her red carpet looks are the ones that really stand out. For example, the floor-length grey Vionnet gown she wore to the 2017 Golden Globes was a real showstopper.

Giving out subtle Grecian vibes, the pleated and layered dress was as fierce as it was feminine, especially when paired with dark nails and lips as well as a selection of modern and edgy jewelry (via Bustle). Her hair also looked ravishing, coifed into an elegant Old Hollywood style that was complete with a deep part and subtle wave.

Writing for Bustle, Jessica Thomas wrote: “As a 5’3″ person, I love seeing what petite actresses choose to wear on the red carpet. So when I saw presenter Anna Kendrick’s 2017 Golden Globes outfit, I loved how statuesque she looked in the stunning grey Vionnet gown. The one-shouldered, belted dress had a sheer train that made her stand out on the red carpet.” We can’t help but agree!