Munn tells her followers to understand that suicide ‘is not the right choice,’ while Teigen urges her Twitter followers to keep an eye on the behavior of their loved ones for any signs of mental health problem.

AceShowbiz –
Olivia Munn and Chrissy Teigen have opened up about their mental health struggles to fans on social media.

The stars were prompted to speak out after the unexpected deaths of designer Kate Spade and TV chef Anthony Bourdain this week (ends June 09). Both Spade and Bourdain were reportedly suffering from depression, and took their own lives. 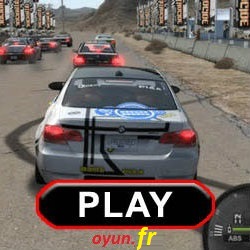 ‘;return dp(a+”Your video will play after this ad.

On Friday, Munn took to social media to share her own experience with anxiety and depression to try and enable her followers to understand the complexities of mental health.

“I have lived with anxiety and sporadic bouts of depression for most of my adult life. 10 years ago I tackled it, learned to fully understand it and haven’t felt the dark depths of depression in about a decade,” the 37-year-old wrote on both Twitter and Instagram. “But before that, thoughts of suicide crossed my mind more than a few times.”

Munn continued: “For those who don’t understand depression, when someone is in that place it’s not because they want to die… it’s because the ongoing, relentless darkness is too painful to endure anymore. You don’t have to suffer from anxiety and depression to feel that low. Something very sad or traumatic can happen to you just once to bring about that feeling of despair.”

She then urged her followers to understand that suicide “is not the right choice.”

“Please don’t hesitate. A phone call could change everything,” “The Newsroom” star said. “Even if you think you don’t want to get involved or don’t want your friend to be mad at you or if you’re the one suffering and don’t want to be talked out of it or feel insecure about asking for help. Those are temporary consequences. With suicide, there’s no do overs. Please try every single option you can before making a choice that cannot be undone.”

Teigen, who confessed she suffered with severe post-natal depression after the birth of her first daughter, Luna, two, credited her husband with spotting the signs of her struggles.

She urged her Twitter followers to keep an eye on the behaviour of their loved ones.

“In my deepest, darkest post-partum depression, I would have personally never called a phone number,” the 32-year-old said. “If John or my doctor never reached out, I would have never even known. It really can be a lonely hole. Watch the people you love and don’t be afraid to speak up.”