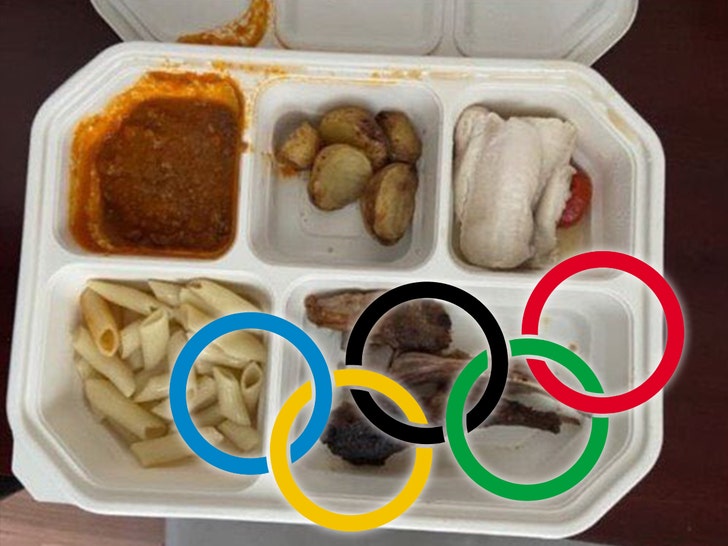 An Olympic athlete at the 2022 Games in Beijing says the food she’s been given during her quarantine period has been so bad, she’s in physical pain and cries every day.

Russian biathlete Valeria Vasnetsova made the claims on her Instagram page earlier this month … attaching a photo of some unappealing food that she says she was given while in COVID-19 isolation at a local hotel.

The picture appears to show a plate of plain pasta, some meat, a few potatoes and a sauce … none of which looks incredibly appetizing. 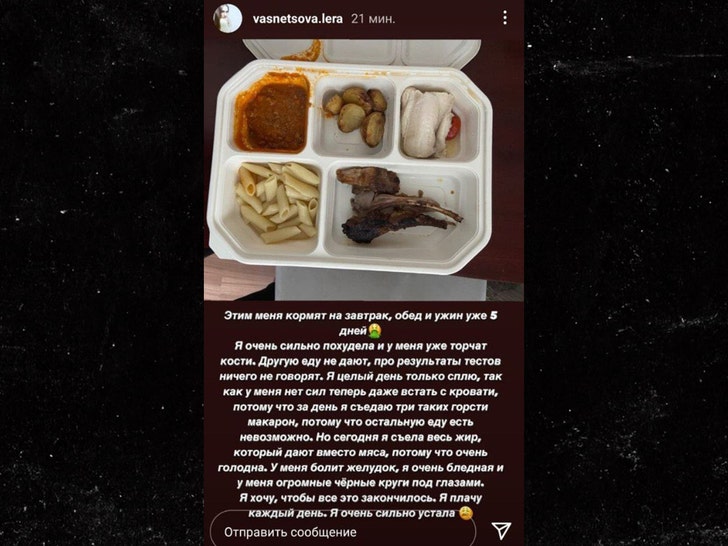 In her comment on the picture … Vasnetsova trashed the food as inedible, and claimed the meal was what she was receiving for “breakfast, lunch and dinner for five days already.”

“My stomach hurts,” Vasnetsova said. “I’m very pale and I have huge black circles around my eyes. I want all this to end. I cry every day. I’m very tired.”

Vasnetsova added that the lack of nutrition in the food has caused her to drop weight … saying, “my bones are already sticking out.”

According to the Associated Press, things have improved for Vasnetsova following her complaints … the outlet reported Russian biathlon team spokesperson Sergei Averyanov said Vasnetsova was getting delivered better meals over the weekend, including salmon and cucumbers.

Vasnetsova is far from the only athlete to complain about quarantine conditions at the Games … there have been several others from countries all around the world who have griped about the living conditions.

The Games officially kicked off on Feb. 4 — and are slated to run until Feb. 20.