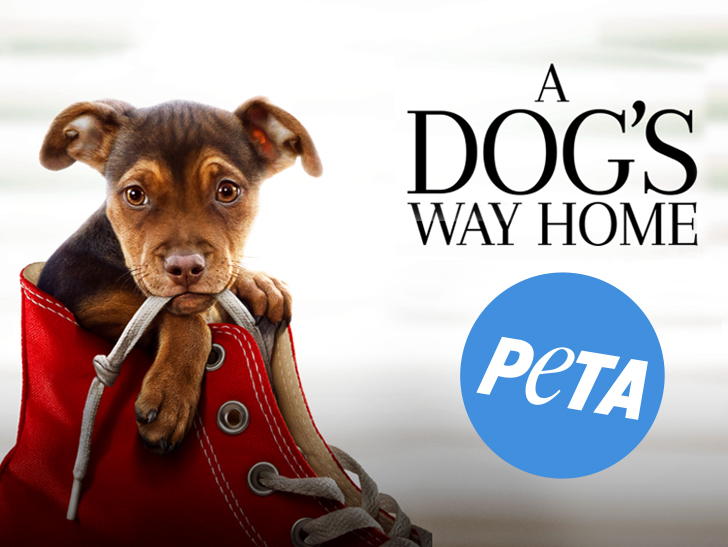 Shelby – the adorable pooch starring in the movie, “A Dog’s Way Home” — is at the center of a defamation lawsuit against PETA, which flat-out lied about animal abuse … according to Shelby’s owners.

Paws for Effect is the company that adopted and trained Shelby for her starring role. She’s reportedly a mixed-breed pup who was rescued from a shelter in Tennessee — so, a true Hollywood rags to riches story. However, Paws for Effect says it was blindsided by what it calls PETA’s smear campaign ahead of the movie’s release.

In docs obtained by TMZ … Paws says PETA first fired off an email to an exec at Sony Pictures, the distributor of ‘Dog’s Way Home’ … alleging Paws had racked up citations under the Animal Welfare Act. PETA allegedly repeated that claim to an “unknowable” number of film industry types.

Paws says PETA’s email is a straight-up lie, and insists it’s never received a single citation under the AWA. According to docs, PETA either knew its statement about Paws was false, or could easily have found out if it did the slightest bit of research.

In the suit, Paws says even now — after PETA’s been informed its statement is false — it has yet to correct or retract it.

Shelby’s owners say the potential fallout for them is no one in Hollywood will work with them in the future — and, as a result, they want PETA to pay through the snout.