The living legend known as Paris “That’s Hot” Hilton stepped out to support Kim Kardashian and Winnie Harlow’s new makeup collaboration, and showed up to their NYC dinner party wearing a shimmery silver gown with a mile-high slit. And I believe it was Shakespeare who once wrote, “where there’s a thigh slit, there’s a wardrobe malfunction waiting to happen.”

Unfortunately, though honestly whatever, Paris’ skirt was just all “byeeeee” and wafted off into the breeze as she was walking, exposing her underwear. Obviously, I’m not going to share that picture here, but this is what the dress was supposed to be doing at the best of times, not the most malfunction-y of times: 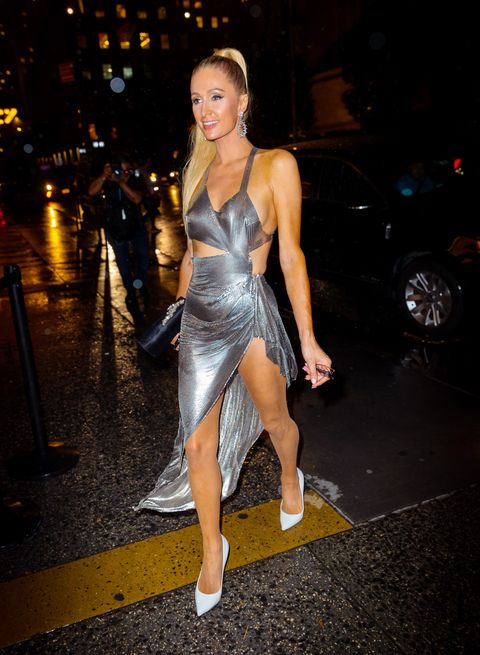 Paris has been down this road before (you don’t live through the early aughts without falling victim to at last a couple wardrobe malfunctions), so honestly this is NBD. And it looks like she spent the evening living it up with Kim, so ¯\_(ツ)_/¯ 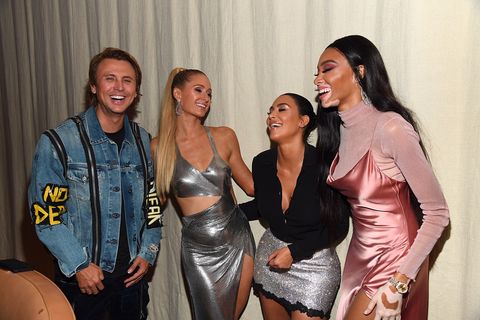 FYI, Paris and Kim are super close lately, and Kim just admitted that she owes Paris a career. “I really would wanna do anything for her,” she said during Keeping Up with the Kardashians. “She literally gave me a career, and I totally acknowledge that.”