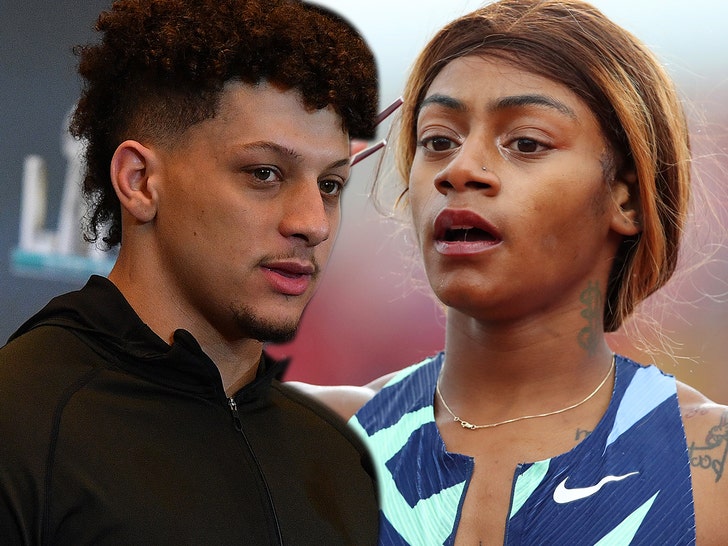 The NFL superstar explained his thoughts on the matter Thursday on “First Take” … clearly believing USATF should’ve added Richardson to the team, despite her recent positive marijuana test.

“She put in the work,” the Chiefs quarterback said. “Even though she made a mistake — like we all make mistakes in whatever way that is — but to give her an almost extra ban, to not let her be at the Olympics at all, it’s pretty ridiculous to me.”

As we previously reported, Richardson tested positive for pot after the Olympic Trials last month … and was subsequently hit with a 1-month ban as punishment.

The penalty — while wiping away her opportunity to race in the Tokyo Olympics’ 100-meter sprint — still was set to end in time for her to potentially run for USA in the 4×100-meter relay.

But, USATF officials announced Tuesday they were still leaving her off the team … explaining, “All USATF athletes are equally aware of and must adhere to the current anti-doping code, and our credibility as the National Governing Body would be lost if rules were only enforced under certain circumstances.”

Mahomes called B.S. on all on Thursday, though … saying, “For her to be left off, after all the hard work and dedication that she’s put into the sport, and for her to be one of those bright young stars for the USA, it’s just disappointing.”

For her part, Richardson — who said she turned to weed to deal with the sorrow of losing her biological mother — told TMZ Sports she was “accepting” of the snub and trying to maintain a positive outlook on it all.