He sold an incredible 800 million records and toured both the UK and the States as the front man of The Beatles.

But Paul McCartney played a much more intimate gig on Saturday night, when he got up onstage at a family wedding.

In a video obtained by TMZ, the singer, 76, is seen dancing excitedly onstage as he croons out some of the band’s biggest hits for guests at the nuptials of his wife Nancy Shevell’s nephew. 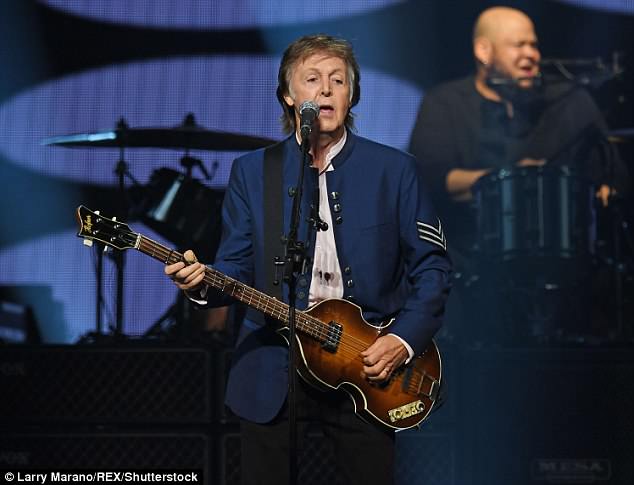 Family affair: Paul McCartney got up onstage to play at his nephew’s wedding in Long Island on Saturday night (pictured in July 2017)

The video shows Paul taking to the stage at the Fresh Meadow Country Club in Long Island, in front of 300 family members and friends.

Keen to get the party started, the singer, clad in a white shirt and loosened tie, immediately breaks into a rendition of I Saw Her Standing There, to the delight of the bride and groom.

Accompanied by the wedding’s 20-piece band, Paul is seen bopping and belting his heart out onstage, as guests jump up and down with excitement while the happy couple dance beside him. 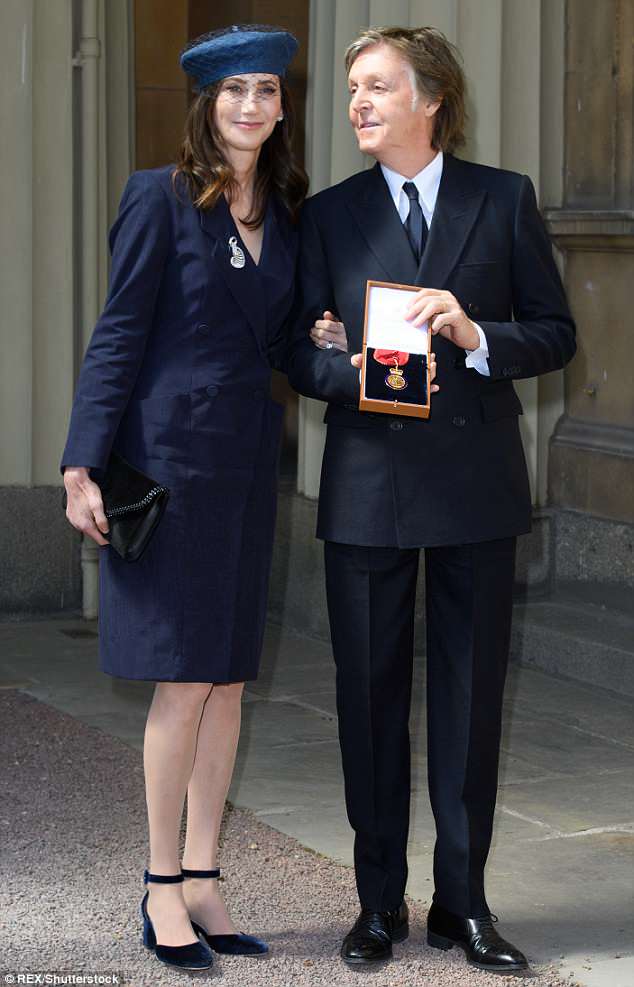 Rocking out: In a video obtained by TMZ, the singer is seen dancing onstage, as he croons out some of his biggest hits at the nuptials of wife Nancy Shevell’s nephew (pictured in May 2018)

The groom is believed to be the nephew of his wife Nancy Shevell, meaning the pair were no doubt joined by several family members.

Paul and Nancy first started dating in 2007, and tied the knot in a romantic ceremony at Old Marylebone Town Hall in London, four years later.

Still going strong over ten years later, the musician was quick to gush about his wife during an episode of Australia’s 60 Minutes in June 2017. 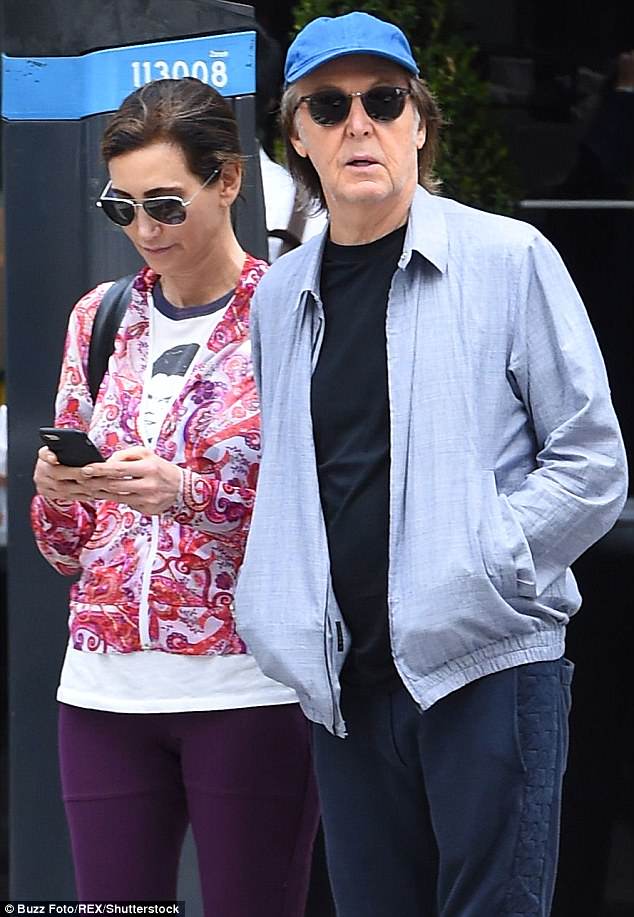 Close: Paul started dating Nancy in 2007, and the pair tied the knot in London four years later (pictured in September 2017)

‘She’s a party girl. She’s a music fan,’ he said. ‘She actually came to see me a while ago, when I was playing at Madison Square Garden.’

Paul is known for his impromptu performances – having stunned a lucky 300 fans with a secret gig during California’s Desert Trip festival in 2016.

He also famously ‘popped up’ for a performance in Covent Garden back in 2013, and drew a whopping 2,000 fans after announcing the show only half an hour before. 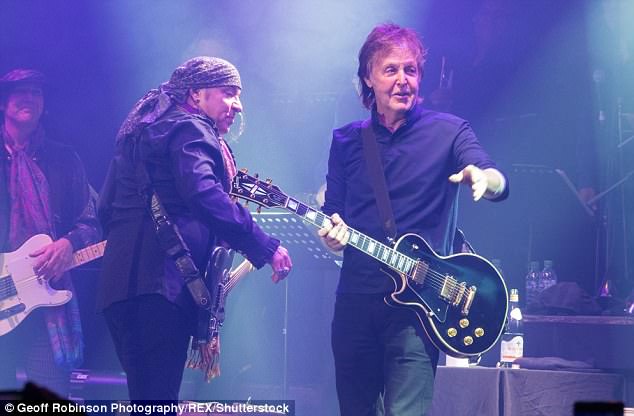 Born entertainer: Paul is known for his impromptu performances – having stunned a lucky 300 fans with a secret gig at Desert Trip in 2016, and playing his hits in the middle of Covent Garden in 2013