“This is a rough story about motherhood, above all,” said Almodóvar of Parallel Mothers, which premiered earlier this year at the Venice Film Festival and is being released in the U.S. by Sony Pictures Classics. “Penélope’s character is hiding something that gave her a sense of guilt, which is very important. It’s something that is very, very hard to perform. She is saying something that is inside her is thinking about something different.”

He added, “This is not melodramatic. I tried to be as close to reality. Everything that happens in the end, I did like a documentary.”

The film stars Cruz — who won the Best Actress prize at Venice — and Milena Smit as single mothers who became pregnant by accident and meet in a hospital room as they are about to give birth. Middle-aged Janis (Cruz) doesn’t regret it and is exultant. Ana (Smit), an adolescent, is scared, repentant and traumatized. Janis tries to encourage her while they move like sleepwalkers along the hospital corridors. The few words they exchange in these hours will create a very close link between the two, which by chance develops and complicates, and changes their lives in a decisive way. 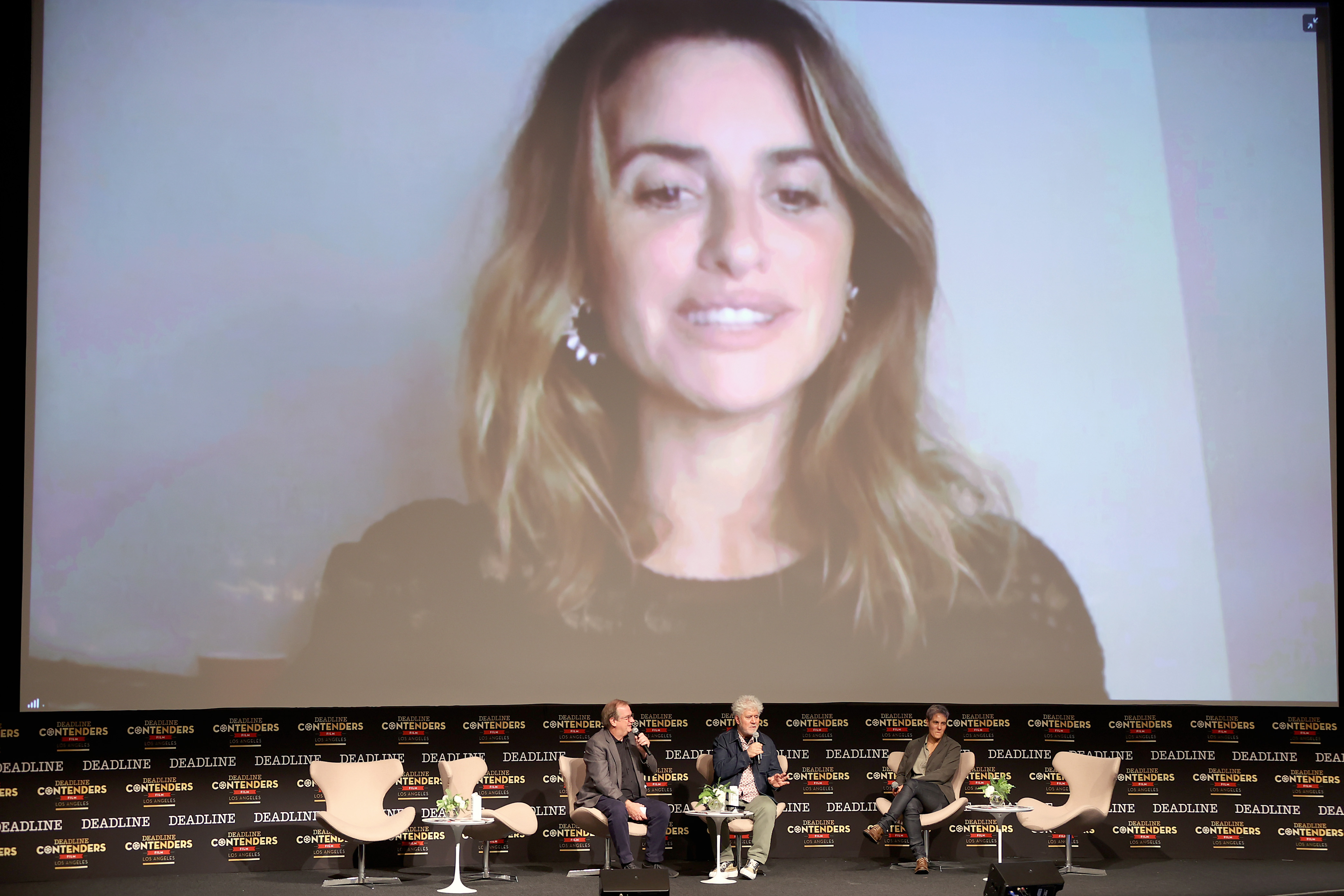 Cruz, who appeared today live via satellite from Madrid, spoke of her many collaborations with Almodóvar and how their work in Parallel Mothers was different.

“All of them have been so special to me and each has been so different from the other and [the characters] so different from myself,” she shared. “I’m always very grateful to him because he can imagine me in things that I have not done before. He puts so much trust in me.”

Check back Tuesday for the panel video.