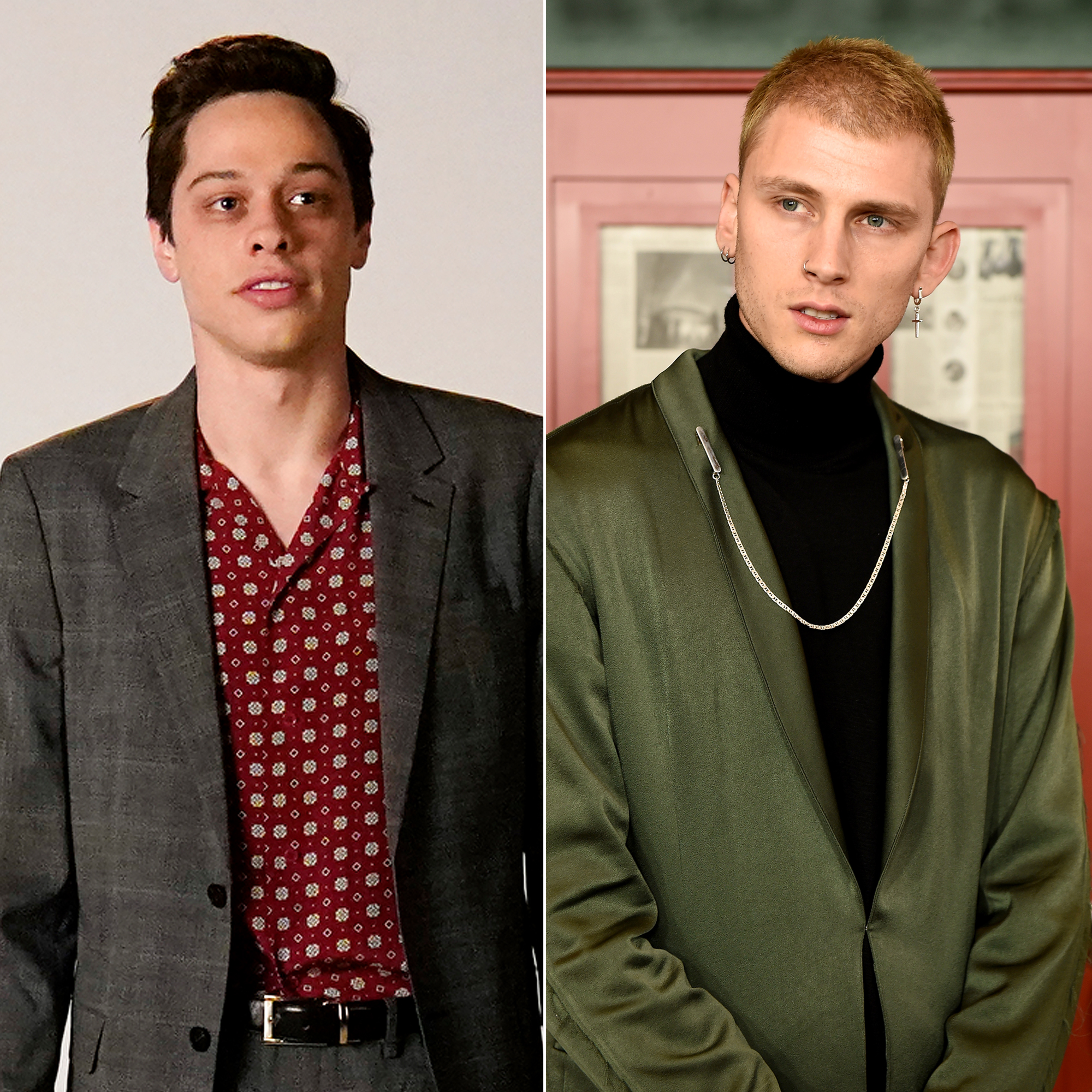 Taking in a show! Pete Davidson stepped out on Saturday, December 22, to attend pal Machine Gun Kelly’s concert in Cleveland one week after he shared an alarming post on Instagram.

The Saturday Night Live star, 25, was spotted by multiple concertgoers at the Wolstein Center at Cleveland State University who documented his first-class treatment as he sat on a platform on stage.

Davidson looked casual in a black hoodie and debuted dark hair after recently sporting blue and blond hair. An onlooker told E! News that the comedian was “chilling and rocking out” to 28-year-old Kelly’s song “Rap Devil.”

The “Bad Things” rapper rushed to support Davidson on December 16 after the New York native posted a frightening post on Instagram that read: “i really don’t want to be on this earth anymore. i’m doing my best to stay here for you but i actually don’t know how much longer i can last. all i’ve ever tried to do was help people. just remember i told you so.”

Kelly — who worked with Davidson on the music video for his song “Loco “ — took to Twitter to assure fans he was headed to check on the Set It Up actor. “Im in the plane now on the way to see Pete. gonna make sure he’s good, i promise,” he wrote at the time. “can’t have my boy in the darkness like that.”

The Lace Up artist later gave a coy update about his friend, telling TMZ that “it’s just a weird time for us all right now, man.”

A source told Us Weekly that Davidson’s ex-fiancée, Ariana Grande, also attempted to rush to his side after his post made headlines, but that he refused to see her.