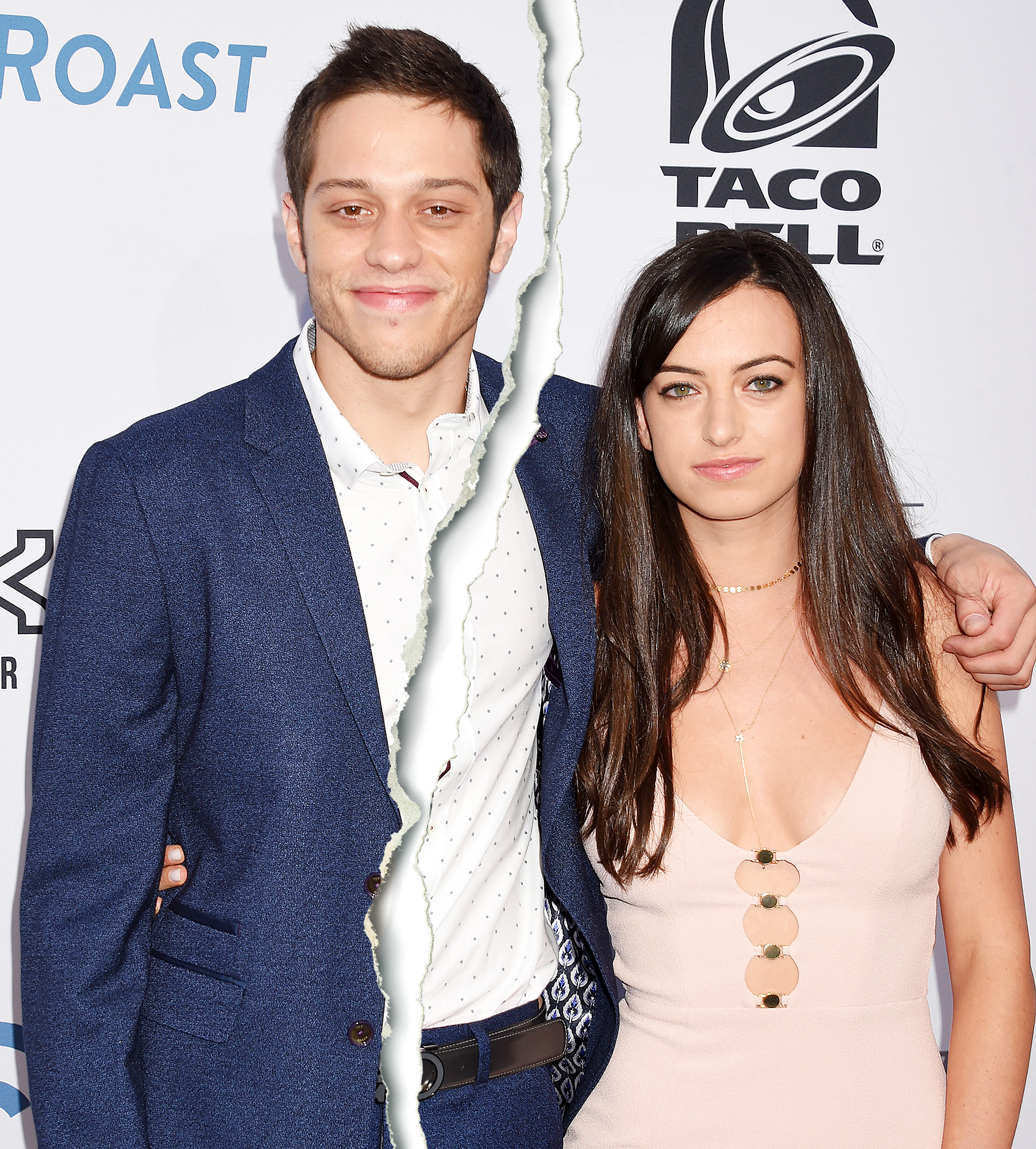 It’s over. Pete Davidson and Cazzie David have split after two years of dating, multiple sources confirm to Us Weekly exclusively.

The Saturday Night Live star and the Eighty-Sixed creator, both 24, have had a few ups and downs throughout their relationship, and one source says, “There’s a chance they get back together.”

Davidson and David were first spotted together at the Red & Blue Soiree in New York City in May 2016. They started making more public appearances as a couple in the months that followed, including walking the red carpet together at the 2017 MTV Video Music Awards in Inglewood, California, that August.

“She’s the most beautiful girl in the world,” the comedian gushed to Entertainment Tonight in April 2017. “Look how lucky I am! She’s so smart. … She is a very, very wonderful lady.”

Davidson, who previously battled substance abuse issues and revealed in September that he was diagnosed with borderline personality disorder, credited his girlfriend with helping him stay sober.

“I’m very lucky. She’s very, very supportive,” he told ET at the time. “I felt like if I just kept it to myself, nobody would know, but if everybody knows, then you kinda have to keep yourself in check so you don’t let anybody down. So I thought that was a good idea to do.”

In February, Davidson cryptically apologized to Cazzie, who is the daughter of comic Larry David, on his Instagram Story and subsequently deleted all of the posts from his account. “Idk what I did to make you hate me so much but I’m sorry,” he wrote at the time.

But a source later told Us exclusively that the pair were still together. “They weren’t fighting,” the insider said. “They were just joking as comedians tend to do.”

A rep for Davidson did not respond for comment.