One of the more delightful things about the Thor mythology in the Marvel series is it ties closely both with old-school Norse mythology, but also a lot of the mythologies Lord of the Rings-type novels pulled their fantasy materials from. That’s how the MCU winds up with Dark Elves, for instance. With parts of Avengers: Infinity War playing like a direct sequel to last year’s Thor: Ragnarok, this brings some of those characters to the crossover film, like the planet Nidavellir, and characters like Eitri. Who is Eitri? And why did the MCU keep it a secret this was who Peter Dinklage would be playing? Warning: Spoilers for Avengers: Infinity War follow.

Eitri is the King of the Dwarves in Thor mythology. The reason the production kept it a secret is once fans knew Nidavellir would be one of the destinations in the film, they would know Thor would be getting back at least some version of his hammer, which was destroyed at the beginning of Thor: Ragnarok.

Nidavellir is probably not a name which is familiar to the casual fan, but hardcore Thor nerds would have recognized it instantly as one of the Nine Realms, the best forge in the galaxy and home to the hammer Mjølnir. The dwarves who worked as blacksmiths on Nidavellir were responsible for the creation of the legendary hammer. 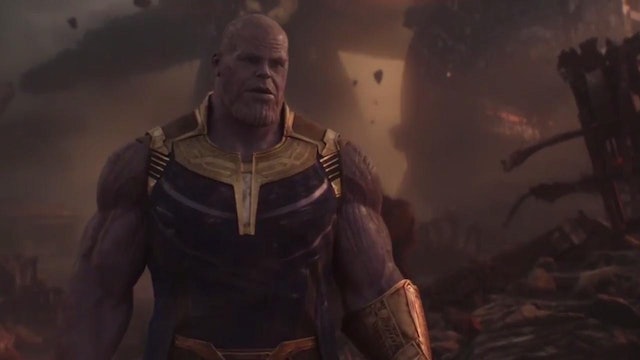 As for keeping the character a secret, the production sure did a great job with it. When Dinklage was cast originally back in 2016, a few places speculated his role was part of the dwarf kingdom, and after Ragnarok took out the hammer, it made sense he might be on to forge a new one.

But just as many were convinced Dinklage was one of the CGI "children of Thanos" and his role was to be part of "Team Evil" against the Avengers on Earth. Marvel even teased images of the one CGI character who did not have an actor attached, and fans immediately took the bait in speculating this was indeed Dinklage, throwing everyone off the scent completely.

Either way, it was a well kept secret and Marvel should be applauded for being able to keep spoilers so tightly under wraps. We hope to see Eitri in Avengers 4.