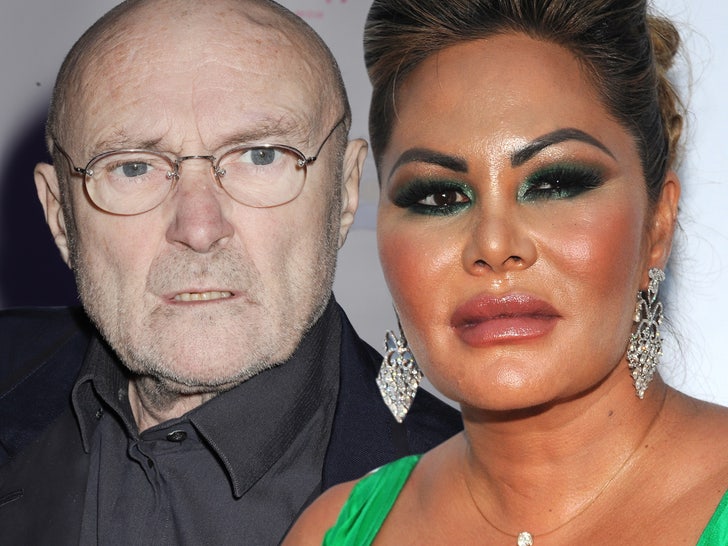 Auctioning off a bunch of Phil Collins‘ stuff was so nice, his ex is doing it twice … including more of his awards and memorabilia.

Orianne Cevey‘s gearing up for round 2 with Kodner Galleries in Florida after raking in more than $2 million earlier this month for her collection of mostly jewelry, accessories and clothing … but also awards and records belonging to her famous ex-hubby. 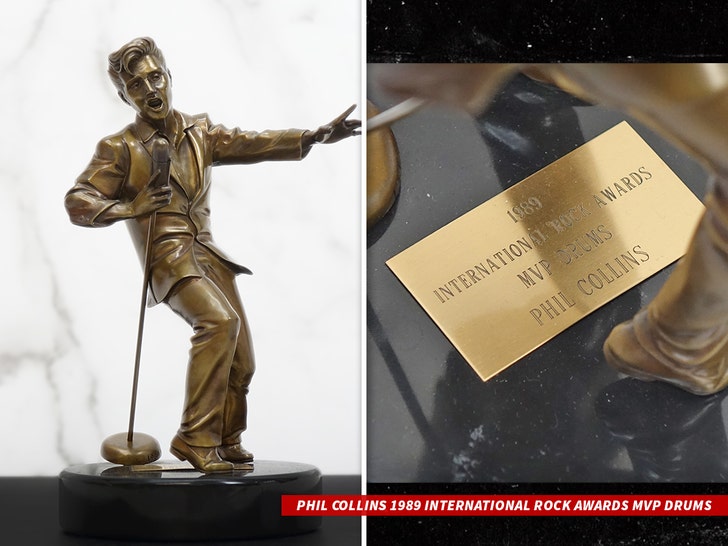 Orianne’s second auction will be more of the same, including Phil’s 1989 International Rock Award for MVP Drummer … which is a bronze sculpture of Elvis on a marble base. It’s expected to fetch between $1,000 and $10,000.

Also up for grabs — Collins’ Gold Award for selling 100,000 copies of his 2002 album, “Testify” … a hand-signed Nick Faldo framed photo from the 2018 Masters … and 2 autographed Yahama portable player docks — one signed by Phil, and one by Shania Twain.

It’s an interesting mix of Phil stuff for sure, but we’re told Orianne’s likely to rake in the most money from her expensive jewelry, watches, clothes, purses, cell phone cases and coins.

As we first told you … she hauled in $22k for multiple gold LPs and “Assorted Phil Collins Awards” at the last auction, which she unloaded after moving out of Phil’s mansion and downsizing to a smaller house.

BTW … 10% of the proceeds for Orianne’s auctions will be donated to the Never Give Up Foundation.

This, folks, has become an uber-bitter split.