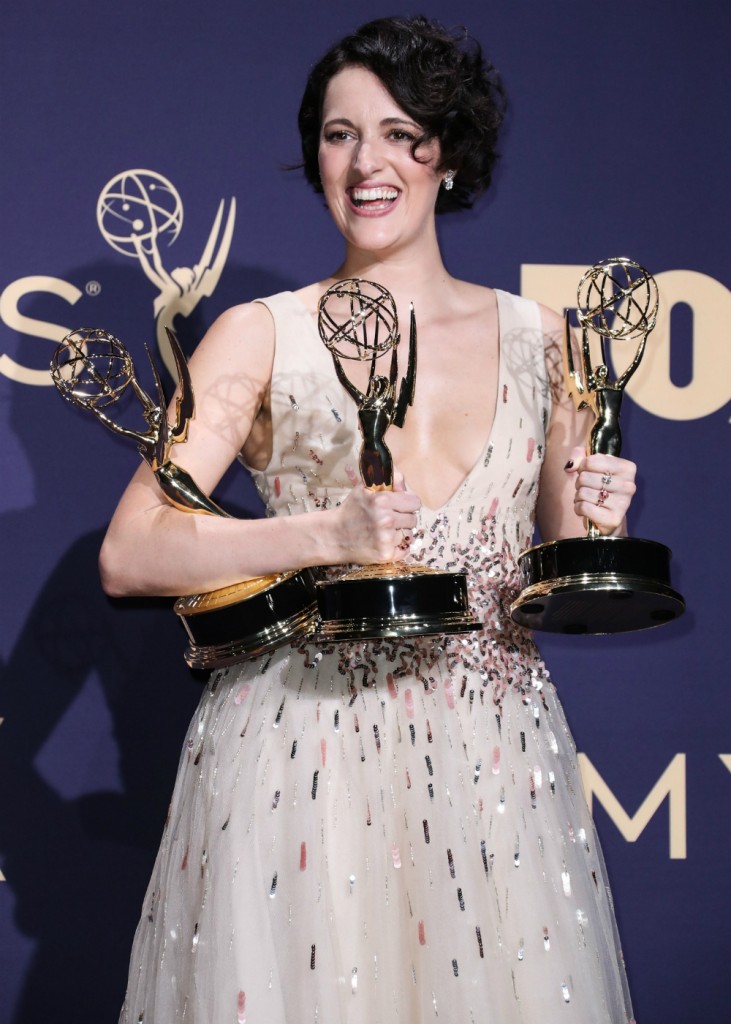 The Amazon show, Fleabag, was a big winner at the Emmys last weekend. It won four Primetime Emmys and 2 Creative Art Emmys. It was the “surprise” upset of the evening but I wasn’t that surprised; people loved that show. Yes, it’s less conventional than what the Emmy voters usually reward but it is most definitely deserving. I’ve gone on record saying it wasn’t my favorite show. I loved the cast but the show itself didn’t do too much for me, which has everything to do with my personal tastes and nothing to do with the quality of the show. Unfortunately, creator Phoebe Waller-Bridge heard I didn’t love Fleabag and cancelled all future seasons. Maybe only part of that sentence is true. Actually, very little of it is true. The true part is that unfortunately, there will be no more Fleabag seasons. However, it wasn’t cancelled by Phoebe or anyone else, she’d planned it to finish last season.

Backstage at the 71st Emmy Awards, the night’s big winner, Phoebe Waller-Bridge — who claimed awards for writing, lead actress and comedy series for her Amazon dark comedy “Fleabag” — bid adieu to “Fleabag,” which she has previously said she has no plans to bring back for a third season.

“This just feels like the most beautiful, beautiful way to say goodbye to it,” she said. “It does feel nice to go out on a high. You can’t get higher than this.”

The series, which stars Waller-Bridge as a grief-stricken, sexually impulsive woman in modern London known to viewers only as Fleabag, “is not autobiographical, but it’s really, really personal,” she said. “I feel this character did come out of me. In the very beginning of the writing, I was feeling quite cynical and quite bleak about the world and writing her was a really cathartic way of getting through that.”

[From The Los Angeles Times]

I feel that British television creators understand when to end a series whereas American creators struggle with this. There are so many shows trotted out season after season, long past their prime. A few get it, like Schitt’s Creek and The Good Place, both of which I love, but agree that their stories have been told to completion. Fleabag didn’t have the ending most people wanted, but it did feel complete. And I agree with Phoebe that six Emmys is a great way to go out (although, I think it’s eligible for the Golden Globes next year so it will probably get more). Phoebe herself will be plenty busy, though. She co-wrote the latest Bond movie, No Time to Die. She’s still working on her other incredibly successful series, Killing Eve. Plus, Amazon just inked a three-year deal with her so we will have plenty of Phoebe to come.

We need to address the Priest in the room, of course. It was, in fact, Andrew Scott that got me to watch the show. I saw “Hot Priest” everywhere I looked and when I found out Hot Priest = Andrew Scott, I was in. Despite my overall personal feelings on the show, I can co-sign to every think piece written about him and that role. It helped a lot that I am Episcopalian and not Catholic so I suffered no guilt in my resulting clergy fantasies. P.S. – you know who else gets Hot Priest? Lin-Manuel Miranda. If the news of no more Fleabag breaks your heart, you can rewatch Fleabag on Amazon. Or check out Phoebe’s series, Crashing, on Netflix. I very much enjoyed that.

All hail your new Queen: 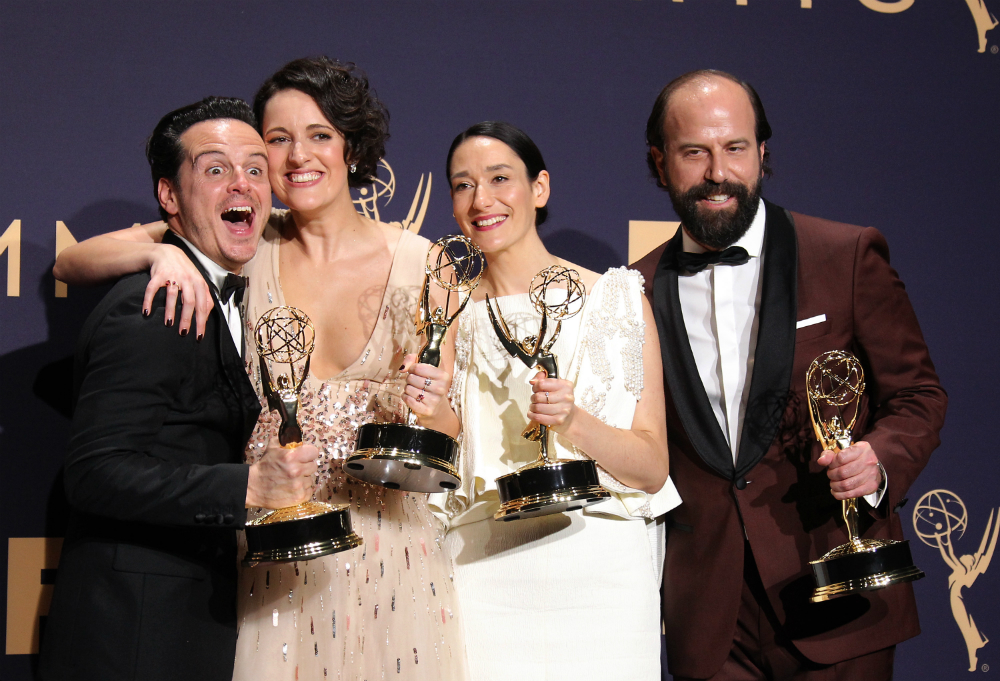 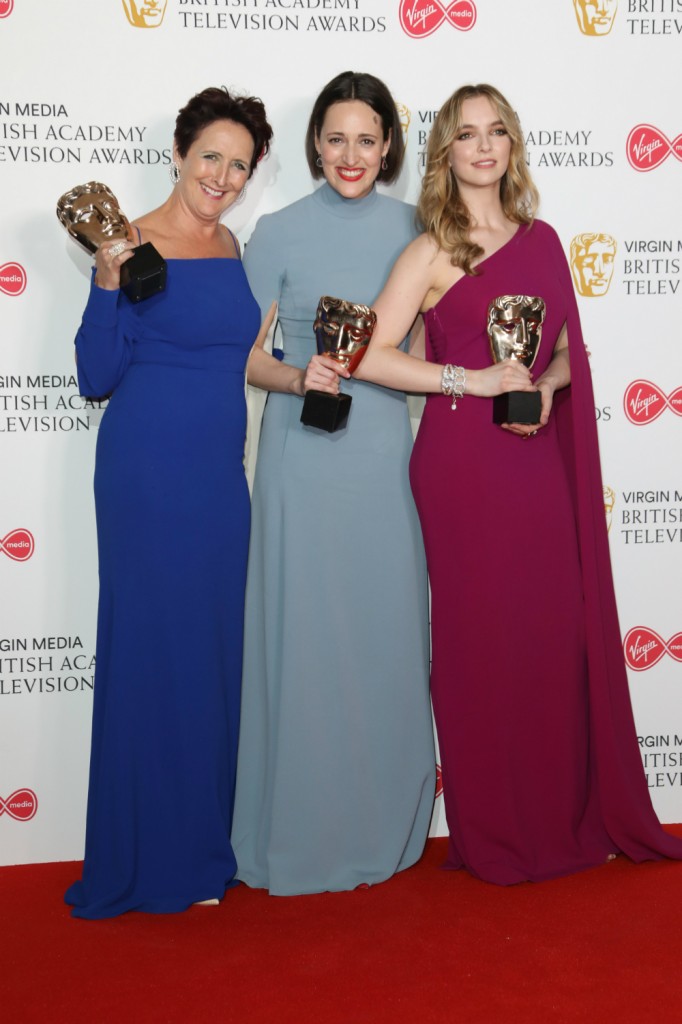 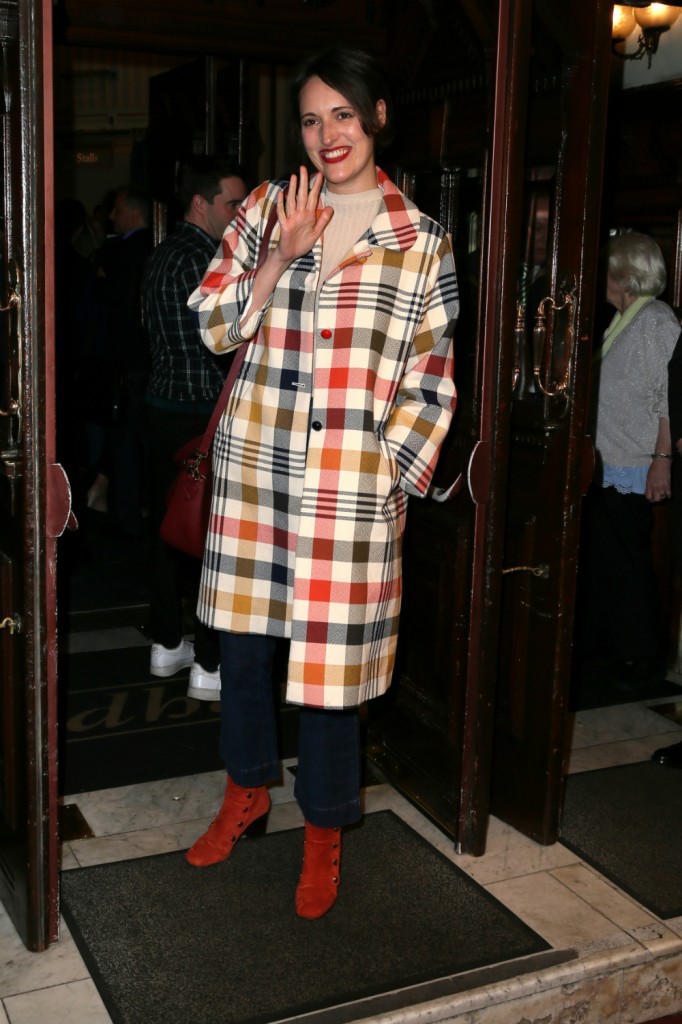