Good Morning Britain host and controversial public figure Piers Morgan was caught in an earthquake today, as he described the epicentre as being just a mile from his Beverly Hills home. 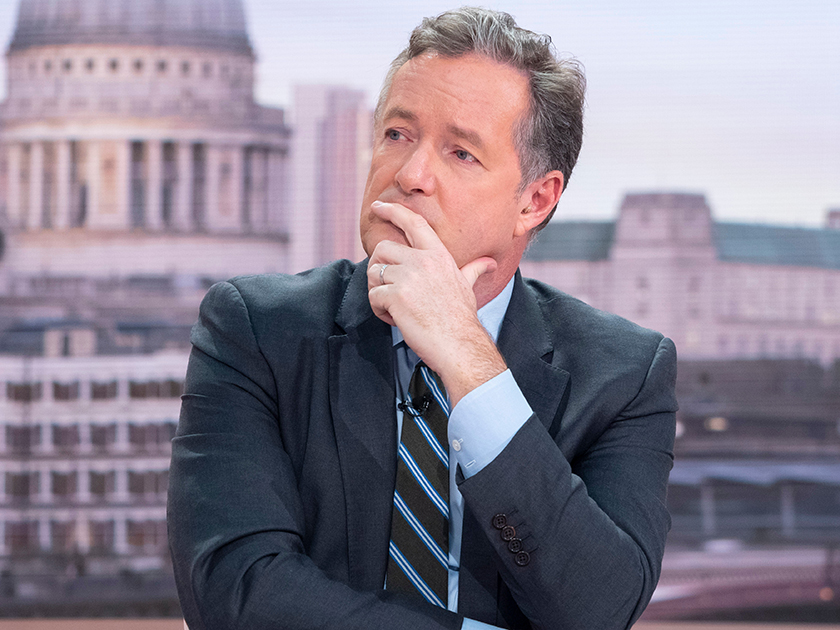 He updated his Twitter followers about the situation, attaching a screenshot of the earthquake’s location and how close it was to his own home.

He said: ‘Well, the bed most definitely moved for me… Just been woken up in LA by a 2.8 magnitude earthquake. Epicentre a mile from my house in Beverly Hills. Just a smallish rattle-and-roller but always rather unnerving, especially as California’s due another ‘Big One’.’

The 54-year-old seemed fairly nonchalant about the quake, seeming to brush it off by describing it as ‘a smallish rattle-and-roller’. However, he feels concerned about any upcoming seismic activity, as clusters of small tremors can be indicative of a much larger one approaching.

Piers isn’t the only one feeling concerned about this, as reports say that Californians are currently ‘living in fear’ of a larger quake, which could measure as high as 9.0 and trigger a tsunami too.

‘The Big One’ is a large earthquake on the Cascadia Subduction, which would target California and the west coast of the USA, hence why people are dreading its predicted arrival. An earthquake of this scale could cause mass devastation across the state and beyond.

Despite describing his experience as ‘unnerving’, Piers was quick to attack American rapper Cardi B after she tweeted about the quake, saying she’d ‘never experienced one before’ and that she felt scared.

In his rebuttal, Piers seems to criticise the 26-year old for tweeting an overreaction, reminding her that the quake only measured at 2.8 on the Richter scale. Even in the aftermath of a natural disaster, it seems Piers can’t help being his usual opinionated self on his Twitter feed.

Whether you like him or loathe him, this probably isn’t the last thing he’s going to say on the topic of the earthquake, and the dreaded ‘Big One’. It’s unclear whether it’ll arrive at all, but based on research, residents are right to be nervous.