Demi Lovato has been hospitalised in Los Angeles after a suspected heroin overdose.

According to law enforcement officials, the Los Angeles Police Department responded to a medical emergency at the 8000 block of Laurel View Drive in the Hollywood Hills, where Lovato's home is located.

TMZ, which was first to report the news, said Lovato is currently being treated at a local hospital. Her condition is unknown. 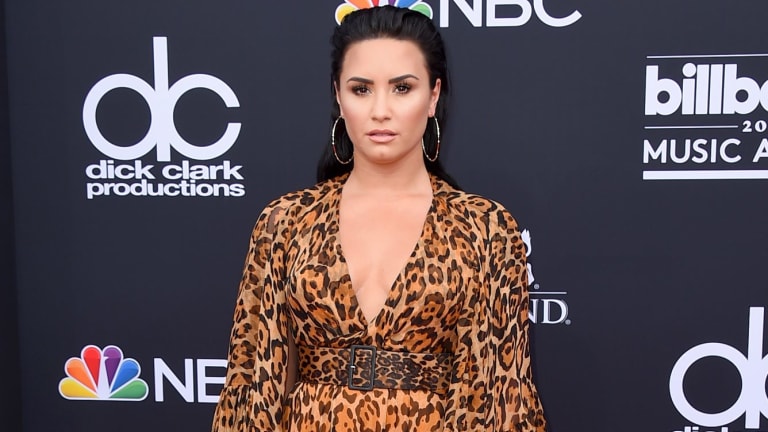 Demi Lovato at the Billboard Music Awards in May.

The Sorry Not Sorry singer, 25, has struggled with substance abuse for years. Lovato revealed in June that she had relapsed just months after celebrating six years of sobriety.

"To the ones who never left me / We've been down this road before / I'm so sorry, I'm not sober anymore," Lovato says in her recent single Sober off of her sixth album, Tell Me You Love Me.

Lovato has received treatment for bipolar disorder, bulimia, and substance abuse. She chronicled her daily struggles with recovery in the 2017 YouTube original documentary Simply Complicated. In the film, Lovato opened up about using cocaine for the majority of filming for her 2012 documentary Stay Strong.

She was set to play a show in Atlantic City on Thursday. She had just performed in California on Sunday.

Lovato's reps did not immediately respond to requests for comment.