On May 10, Porsha Williams, 40, happily accepted a proposal from her boyfriend, Simon Guobadia. So for the past few months, the Real Housewives of Atlanta star has been in post-engagement bliss while rocking a massive, emerald-cut ring on her finger. But on Monday (Sept. 27), Porsha felt that it was finally time to return the favor to her fiancé — so she purchased an engagement ring from Tiffany & Co. and gifted it to Simon. The heartfelt moment was recorded by Porsha’s longtime friend, Shamea Morton, and it was emotional, to say the least.

In the clip, Porsha was immediately in tears after her proposal went down. “This is some really epic stuff,” Shamea could be heard saying in the video, as she recorded Porsha and Simon happily embracing. The engaged couple were both crying, and Shamea added to the adorable moment with continued humorous commentary. “Aww guys, this is love. L-O-VE, love,” she said.

After Porsha and Simon hugged, the Bravo star asked her man to show her his new bling. Simon then flashed his ring at Porsha, which led the couple to kiss again as Shamea let out some excited screams in the background. Porsha and Shamea began to sing and joke around together, while Simon further showed off his ring to Shamea’s camera, before he took a few snaps of the romantic gift with his own phone. Porsha captioned the post-proposal video, “Crazy IN LOVE PART / 2 Taken 4 real. I said yes and so did he !!! Yes we both are professing our love and reminded every time we look down at our left hand that thus is a promise and love that will last a lifetime !! We will be husband and wife and I can’t freaking wait! Love you Pooh!” 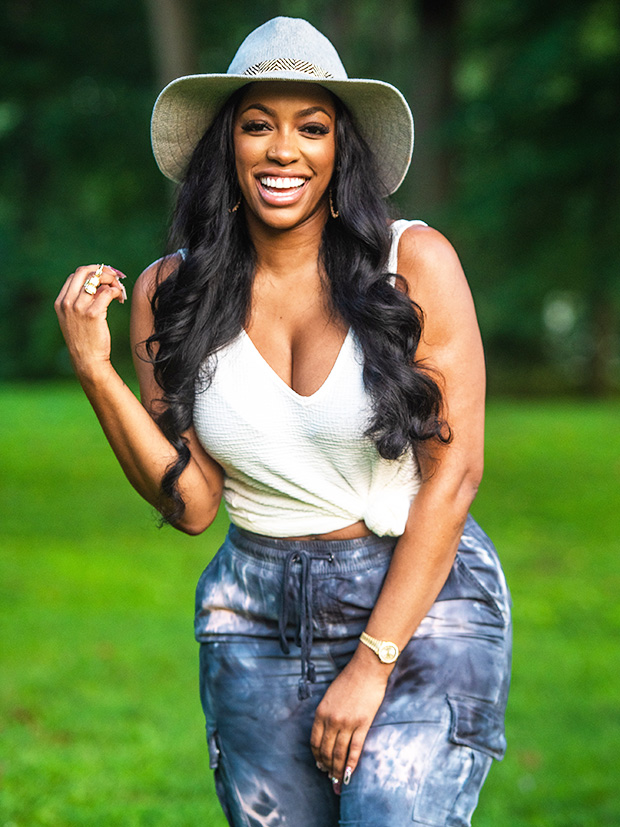 The first proposal between Porsha and Simon took place on May 10, when it was Simon who asked the special question to his love. The couple’s relationship actually got off to a rocky start, as fans speculated that Porsha had something to do with Simon’s divorce from his ex-wife and RHOA newcomer, Falynn Guobadia. However, Falynn quickly squashed any rumors of bad blood during an interview with Adam Newell on June 11. “No, no one has that power over my life, my husband’s life, and our marriage,” she explained.

Since getting engaged, Porsha has been hard at work planning a wedding. Or rather, three weddings! Yep, Porsha revealed during an interview with Dish Nation on May 26 that she and her soon-to-be hubby plan to say “I do” three different times, so that Simon’s cultural customs are also represented. “[Simon’s] African so we will have our native law and custom ceremony and a regular wedding, and then we’ll have another wedding at one of the houses that are out of the country,” she said.

This will be the second marriage for Porsha. She was previously married to ex-NFL star Kordell Stewart from 2011 to 2013. Porsha was also previously engaged to Dennis McKinley, who she shares a two-year-old daughter, Pilar, with.