SEBASTIAN SHAKESPEARE: Prince Charles’ 800-acre farm on his beloved Scottish estate to be given organic status 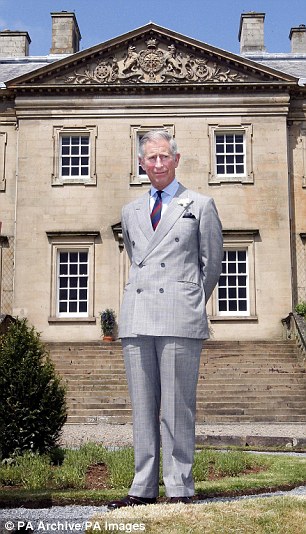 I hear that the heir to the throne, who turns 70 next month, has been told his Scottish estate is to win organic status.

The 800-acre farm at his beloved Dumfries House is to be certified as organic in January.

Highgrove’s own similarly named Home Farm — where the Prince first developed his at-the-time unfashionable organic practices — is only 100 acres larger.

The organic certification at Dumfries House is being described as ‘a major element’ of Charles’s vision for the East Ayrshire site, which he saved for the nation in 2007 for a princely £45 million, a sum which has since been paid back through private donations.

The Kauffman Education Gardens, where thousands of schoolchildren each year learn about cultivating and cooking vegetables — including no doubt the Prince’s favourite, the humble Brussels sprout — was declared organic in January. Now Home Farm, a quarter of a mile away on the 2,000-acre property, is to follow suit.

The Scottish Organic Producers Association is expected to certify the commercial farm, with plans to market organic lamb in September 2019 and beef from summer 2020.

Charles converted the 900 acres at Highgrove, Gloucestershire, to organic farming in 1986.

He was initially criticised for some of his methods, which have included ‘biodynamic’ farming — planting crops according to the signs of the zodiac — and treating his cattle with homeopathic medicine. Since then, however, a significant number of farms have gone organic and visit Highgrove to review the methods there.

Patrick Holden, director of the Soil Association, declared in 2006: ‘I don’t think it can be overestimated how much that was due to Prince Charles’s influence.’

Pick of the parties

TALKING POINT: Artist Tracey Emin designed the paper napkins with a sketch of a naked woman and her signature, emulating Picasso who once did a similar thing to settle his bill at a Parisian cafe.

‘I asked Tracey if she would design something for our anniversary party,’ GQ editor Dylan Jones tells me. 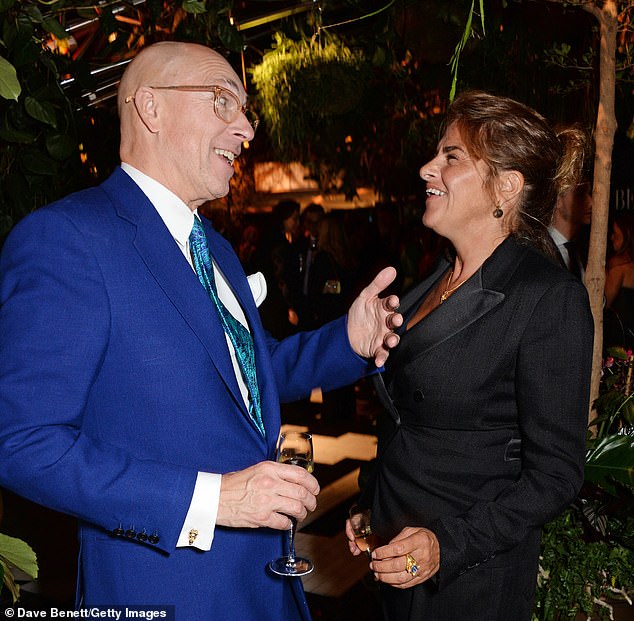 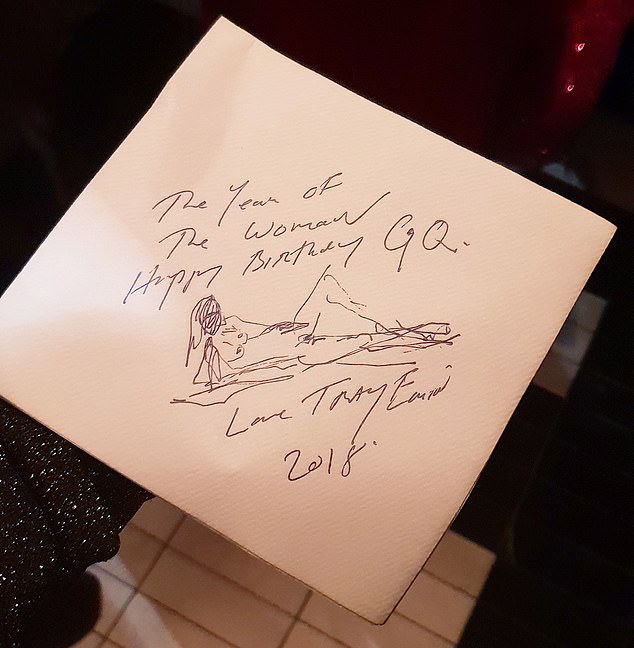 Emin designed the paper napkins with a sketch of a naked woman and her signature, emulating Picasso who once did a similar thing to settle his bill at a Parisian cafe

‘She came up with the brilliant idea of doing a napkin, something which is ostensibly throwaway and yet is actually a piece of incredibly valuable art.’

ON THE PROWL: Radio host Lilah Parsons, 30, who is newly single after splitting from Lewis star Laurence Fox, dressed to impress in an off-the-shoulder black mini dress and silver stilettos. 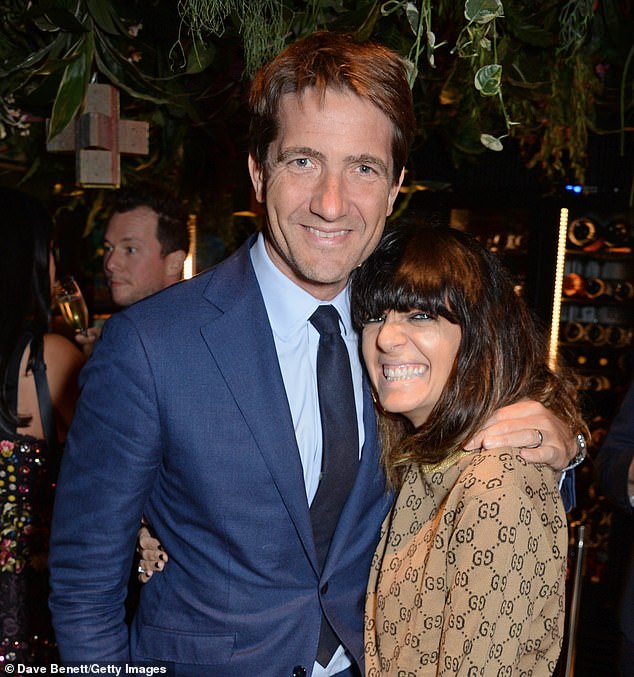 Claudia Winkleman, 46, who attended with her film producer husband Kris Thykier, played down her style credentials

‘Kate Moss is my style inspiration, but I’m a long way off. I second-guess my outfits every day.’

Kaia Gerber, who has followed her supermodel mother Cindy Crawford down the catwalk, seems keen to prove she has unique skills of her own. 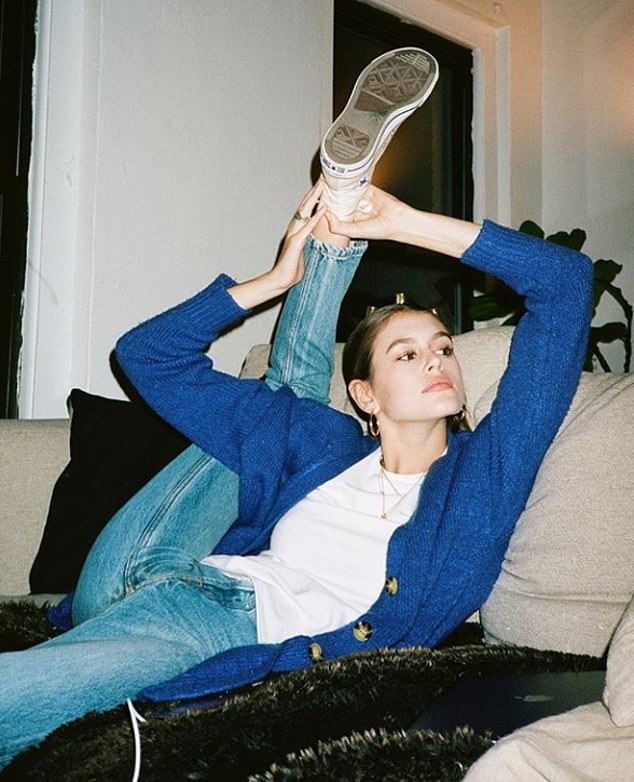 Kaia Gerber, who has followed her supermodel mother Cindy Crawford down the catwalk, seems keen to prove she has unique skills of her own

Yesterday, the 17-year-old mannequin, who has already worked for leading fashion houses such as Chanel and Versace, shared this photograph online of her stretching her right leg back beyond her shoulder.

Commenting on the snap to her 3.9 million Instagram followers, she joked: ‘Show off.’

Chef Heston Blumenthal is so tough he didn’t realise he’d broken both his knees until he visited the doctor on his day off.

The owner of The Fat Duck in Bray, Berkshire, had been in pain since a mountain bike accident near his French holiday home last month. 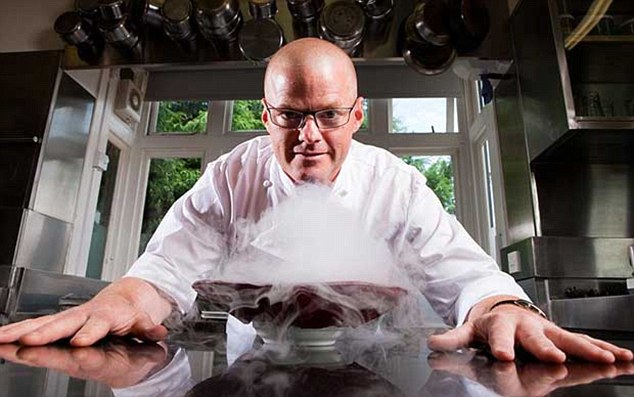 ‘He found I had broken my left knee twice and on my right knee there was a horizontal and a vertical break,’ reveals Blumenthal, 52.

‘I also fractured my foot. I’ve got an unhealthily high pain threshold.’

Author Penny Vincenzi’s four daughters, who paid tribute to their ‘endlessly positive and resilient’ mother after the best-selling novelist died in February aged 78, have been left a fortune of more than £3.1 million in her will.

A former writer for the Daily Mail, Vincenzi bequeathed almost her entire estate to the women, as well as future income from her books. Each of her grandchildren will receive £10,000 when they turn 21.

Penny requested a woodland burial next to her husband Paul Vincenzi, who died in 2009.

Next week, a stone’s throw from her shop on London’s Jermyn Street, she marks the tenth anniversary of her charity Style For Soldiers by unveiling Art In The Aftermath, an exhibition at La Galleria in Pall Mall by ex-Servicemen who suffered life-changing injuries.

Among the canvases is a short film by Matt Weston, who lost both legs and his right arm in Afghanistan.

Unusually for a first-time director, his film has an A-list star among its cast.

‘Charles Dance comes to my shop,’ Emma tells me.

‘He saw the photo of Matt and said that he would do whatever he could to help.’

Is comedienne Tracey Ullman feeling guilty over her portrayal of Dame Judi Dench as a kleptomaniac vandal in her BBC sketch show?

‘She said it’s gotten a bit difficult for her because people see her as me and think she shoplifts,’ Ullman admits.

‘Judi said she was in Marks & Spencer and the manager said: “I’ve got my eye on you!”

‘I sent her a very nice vase with a note saying: “Thank you for being such a good sport.” She wrote back saying: “I’ve smashed that already.” ’ 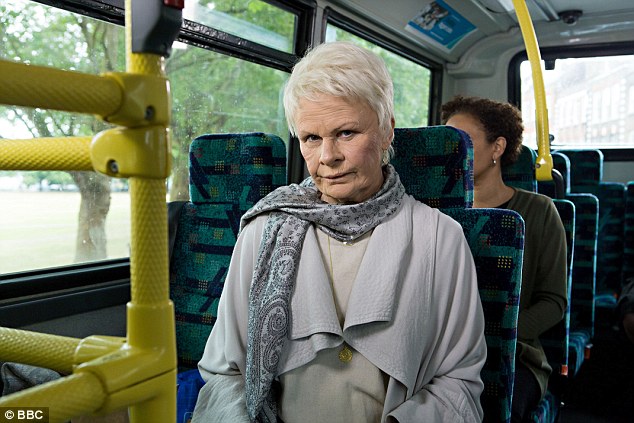 Is comedienne Tracey Ullman feeling guilty over her portrayal of Dame Judi Dench as a kleptomaniac vandal in her BBC sketch show?