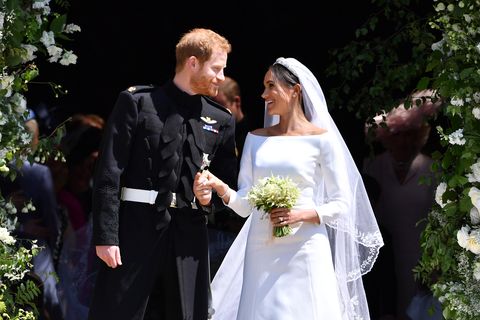 Just in case you needed another reason to consider Windsor for your next vacation destination, Britain’s Royal Collection Trust has just confirmed that Prince Harry and Meghan Markle’s wedding outfits will be on public display there later this year.

The exhibition, titled A Royal Wedding: The Duke and Duchess of Sussex, will open at Windsor Castle’s state apartments from October 26, 2018 to January 6, 2019. This will be followed by a second exhibit at the Palace of Holyroodhouse in Edinburgh next year. Meghan Markle’s dress, tiara, shoes, and jewellery will be on display, alongside a frockcoat identical to the one worn by Prince Harry on the royal wedding day in May.

Markle’s wedding dress was by British designer Clare Waight Keller, who in 2017 was appointed the first female artistic director at Givenchy. She worked closely with Keller on the design on the floor-length silk gown, which features her now-trademark bateau neckline.

Also on display is the Queen Mary tiara, an art deco-style diamond-and-platinum tiara that first belonged to Queen Mary, and was worn by Princess Margaret. It was lent to Meghan by the Queen for the big day.

Meghan and Harry will soon embark on their first royal tour as a married couple, during which they’ll visit Australia, New Zealand, Fiji, and the Kingdom of Tonga, and they will attend the Invictus Games in Sydney.