Prince Harry has revealed that before their royal wedding in 2018, he had “frank discussions” with his then-girlfriend Meghan Markle about what a long-term relationship with him would look like.

While the Duke of Sussex is no stranger to media interest, having grown up in the British royal family, he said he “tried to warn” Meghan about how her life would be thrust into the spotlight – but even he admitted they were “totally unprepared” for what happened when their relationship became public.

WATCH: Prince Harry and Meghan Markle discuss the proposal, the ring, and Meghan’s meeting with the Queen

After meeting on a blind date in summer 2016, they dated in private for several months before the news hit the headlines. Interest only continued to grow when they announced their engagement in November 2017, and when Meghan was asked if she understood the enormity of joining the royal family, she said she was “naive.”

“I think I can very safely say, as naive as it sounds now, having gone through this learning curve in the past year and a half, I did not have any understanding of just what it would be like. I don’t think either of us did though,” the doting mother-of-two said during her engagement interview with the BBC.

Harry continued: “I tried to warn you as much as possible. But I think both of us were totally surprised by the reaction after the first five or six months that we had to ourselves, of what actually happened from then.

“I think you can have as many conversations as you want and try and prepare as much as possible but we were totally unprepared for what happened after that.”

Meghan continued that her previous fame as an actress on Suits was very different from the media attention she received from their relationship.

“I think also, there’s a misconception that because I’ve worked in the entertainment industry that this would be something I’m familiar with. But even though I’ve been on my show for, I guess six years at that point, and working before that, I’ve never been part of tabloid culture, I’ve never been in pop culture to that degree, and lived a relatively quiet life. 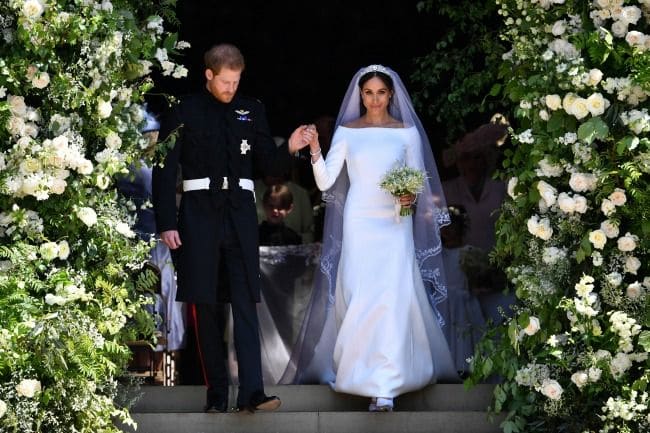 “So that was a really stark difference out of the gate. And I think we were just hit so hard at the beginning with a lot of mistruths that I made the choice to not read anything – positive or negative, it just didn’t make sense. Instead, we focused all of our energies just on nurturing our relationship.”

The issue was raised again later in the interview when Harry spoke about the responsibility he felt about asking Meghan to become part of the royal family, and how he always planned to put their relationship first.

“Of course, that sense of responsibility was essentially from day one, or maybe a couple of months in when I suddenly realised I feel, I know that I’m in love with this girl, and I hope that she’s in love with me.

The couple opened up about royal life with Oprah Winfrey

“But we still had to sit down on the sofa and I still had to have some pretty frank conversations with her to say, ‘Look, what you’re letting yourself in for is a big deal.’ It’s not easy for anybody, but I know at the end of the day she chooses me and I choose her, and therefore, whatever we have to tackle together or individually, we’ll always be us together as a team.

“She’s capable of anything. Together, there’s a hell of a lot of work that needs doing, and for us, it’s going to be making sure that our relationship is always put first.”

The couple got married at St George’s Chapel in Windsor on 19 May 2018 and they went on to welcome two children: Archie and Lilibet. They stepped down as senior members of the royal family in 2020 and relocated to America, where they now live not far from Meghan’s mother Doria Ragland.

Among their many confessions in their bombshell interview with Oprah Winfrey, the Duke and Duchess opened up about their struggles with life in the royal family.

Meghan admitted that she felt very lonely as she was only able to leave her house twice in four months after the institution said she was too saturated in the media. Meanwhile, Harry said he was “trapped” as a senior member of the royal family.

He said: “I didn’t know I was trapped. Then I met Meg and our worlds collided in the most amazing of ways.”