It was a four-day weekend full of celebration to honour the Queen‘s remarkable 70-year reign. But it goes without saying that Prince Louis stole some of the limelight, winning over crowds with his hilarious reactions during the Queen’s Platinum Jubilee.

During the course of the weekend, the four-year-old made headlines for pulling a series of faces at Trooping the Colour and when he later appeared on the Buckingham Palace balcony for the flypast. Two days later, during the Pageant, the young royal was spotted covering the Duchess of Cambridge‘s face when he sat in the royal box – much to the world’s amusement.

WATCH: Prince Louis having fun with Prince William and Kate at the Jubilee Pageant

Sharing a series of their highlights, the royal couple said: “What a fantastic weekend of celebrations. Seeing people across the nation coming together with family, friends and loved ones has been extremely special.

“Thank you to everyone who turned out to show their gratitude to The Queen and her inspiring 70 years of leadership. From the crowds on the Mall to communities hosting street parties up and down the country, we hope you had a weekend to remember.” 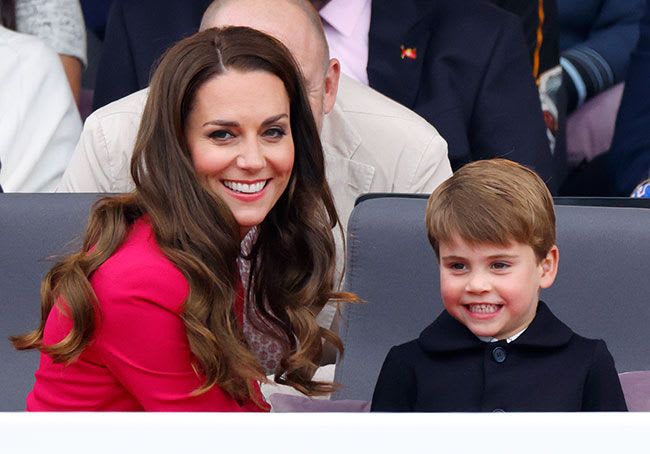 Referring to little Louis, Prince William and Kate ended their personal message with: “We all had an incredible time, especially Louis… [eyes emoji]. W & C.”

MORE: Kate Middleton has a word with Prince Louis as he pulls faces at Trooping the Colour

At Thursday’s Trooping the Colour, Louis let out a howl and covered his ears during the flypast, and his ‘Gan Gan’ the Queen sweetly interacted with her great-grandson, leaning down to chat to him and point out the planes. 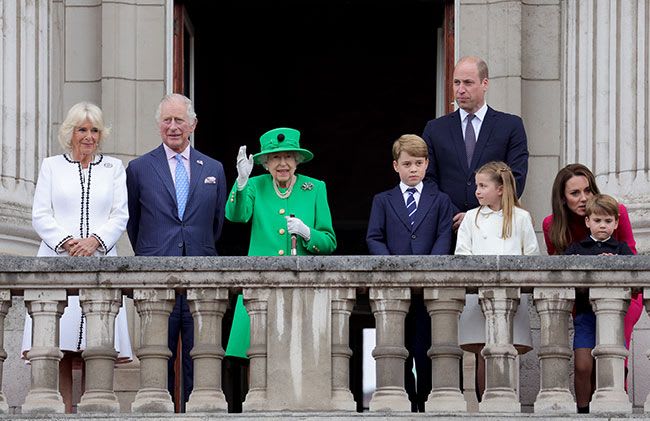 He then sat front row of the royal box with his parents and siblings Prince George and Princess Charlotte on Sunday. Keeping himself entertained, Louis covered his eyes and blew out his cheeks as he watched the carnival pageant.

For the final royal outing, Louis returned to the balcony as the Queen made surprise a balcony appearance to round off the celebrations, joining his siblings for the historic moment. Louis waved both his hands and joined in the national anthem.

Make sure you never miss a ROYAL story! Sign up to our newsletter to get all of our celebrity and royal news delivered directly to your inbox.