Images of Princess Diana’s funeral are burned into our collective mind, even if we weren’t old enough to remember it. Chief among them is the image of her two young sons, Prince William and Prince Harry, walking slowly behind her coffin.

For years after her death, William and Harry seemed like a united front. They were often photographed hanging out together and opting to attend charity events and royal functions with each other. However, in recent years they’ve drifted apart. Things started to go downhill when Harry married Meghan Markle. Reportedly, William disapproved and thought they moved too fast. Things reached a head when Meghan and Harry abruptly announced their plans to leave royal life and move to the US. Of course, in 2021 Meghan and Harry gave an explosive interview to Oprah Winfrey in which they accused the royal family of racism and Harry opened up about his falling out with William.

It was a big deal then, when Harry returned to the UK for Prince Phillips’ funeral. Since then, he has attended another royal event: the dedication of a statue of Princess Diana. Through all their ups and downs, William and Harry have managed to keep Diana at the center of everything they do. Here’s how. 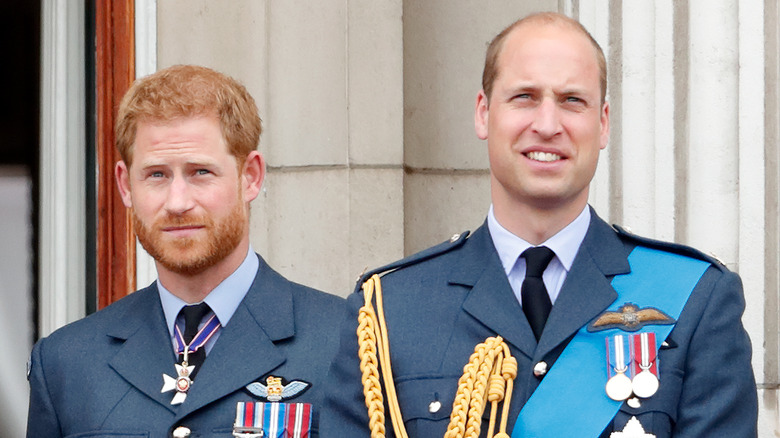 The ongoing tension between Prince William and his younger brother, Prince Harry, was at the forefront of everyone’s mind when they unveiled a new statue of their mother, Princess Diana, at Kensington Palace on July 1. However, the princes presented a united front. Rather than each giving a speech, they simply issued a joint statement paying homage to Diana.

“Today, on what would have been our mother’s 60th birthday, we remember her love, strength and character, qualities that made her a force for good around the world, changing countless lives for the better,” they said, per People. “Every day we wish she were still with us.”

The decision to issue a joint statement spoke to the brothers’ dedication to their mother and her legacy. “In the past quarter of a century, they have placed their mother right at the heart of the royal family,” royal historian Robert Lacey told the outlet when asked about the ceremony. Though things are still undoubtedly tense between William and Harry, given the magnitude of their falling out, it seems that they might be taking steps towards a more stable relationship in the future. Lady Di would be proud.