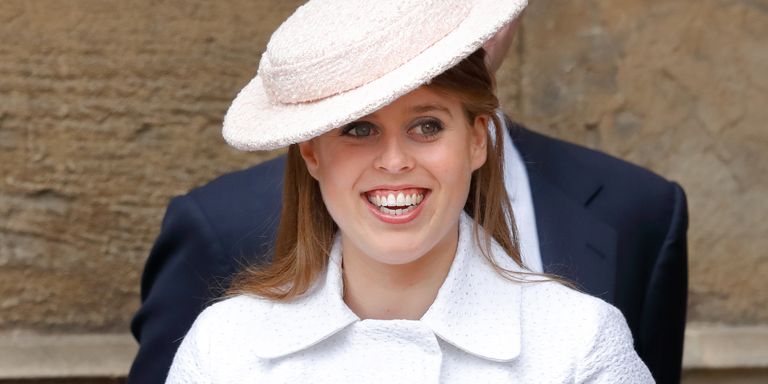 With all the royal chaos stirring in London as of late, it appears as if Princess Beatrice of York has skipped town. While her younger sister Eugenie paid a visit to Kensington Palace to visit cousin Prince William and meet the newest royal addition, little Prince Louis, Beatrice was spotted far away from London, vacationing with some pretty high-profile pals.

Earlier this week, the 29-year-old royal appeared to be enjoying a Middle-Eastern getaway in the Wadi Rum desert in southern Jordan with a surprising A-list crew including Karlie Kloss and her entrepreneur boyfriend Joshua Kushner, pop star Ellie Goulding, and fashion designer Misha Nonoo—who was once rumored to be Meghan Markle and Prince Harry’s matchmaker.

On Tuesday, Nonoo posted a picture of the desert gang on her Instagram Stories, showing Princess Beatrice in the bottom right corner. According to the time stamp, the picture was taken on April 24, the day after the royal baby was born.

Kloss also shared some photos from the exotic vacation. The supermodel showed off her adventurous side, posing on an ATV beside Goulding, cleverly captioning the shot: “Goulden hour.”

Her longtime boyfriend also posed for a snap during the Jordanian excursion.

Despite keeping their relationship on the DL (possibly due to the Kushner’s family ties to the Trump administration, via Josh’s brother Jared), Kloss shared a sweet shot of the pair on a dune buggy, with the caption: “My ride or die ❤️”

While Beatrice’s pals seem to stem from all walks of celebrity, her friendship with Nonoo is particularly interesting. The US-based fashion designer has also been linked to soon-to-be royal, Meghan Markle.

Prince Harry’s bride-to-be has frequently sported Nonoo’s label, most notably during he first official appearance with Harry at the 2017 Invictus Games, when she sported a Misha Nonoo “husband shirt” (AKA a white button-down top).

It looks like world’s colliding for multiple royal-adjacent celebs. Who knows, maybe we’ll see a few of her famous vacation buddies at Windsor Castle for Meghan and Harry’s wedding.