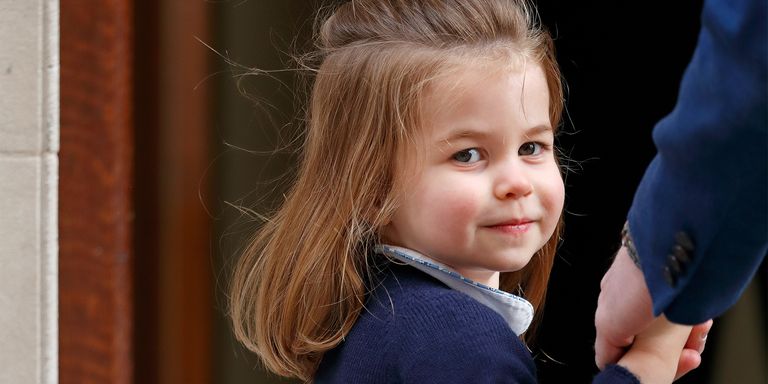 Last week, Princess Charlotte celebrated her third birthday at Kensington Palace. Kate Middleton and Prince William made a mutual parental decision to forgo the traditional birthday photos for their daughter’s big day, but that weekend, the Duchess of Cambridge delivered a heaping dose of royal cuteness with official portraits of new baby Prince Louis with his big sister.

Prince Louis was fast asleep on his first portrait debut (much he was for his first photo call outside of St. Mary’s hospital), while birthday girl, Princess Charlotte, softly kissed him on the forehead.

Though details of her birthday were kept hidden, Princess Charlotte celebrated with “cake, her favorite dinner and a lot of presents,” Us Weekly reports. The birthday also spent time with her new baby brother.

“Charlotte is really enjoying having a younger brother to play with,” a royal insider told Us. “She’s taking her big sister duties very seriously,” the source explained of Charlotte’s new role in the family. “She won’t leave baby Louis’ side.”

Princess Charlotte has taken some pointers from her four-year-old brother, Prince George, who has proven to be very “protective” of his younger siblings, according to the royal insider. “Charlotte is just like him,” said the source. “They have a great bond, and a similar connection is growing between Charlotte and Louis.”

The royal insider describes Charlotte as “a girly girl” and “very confident.” “She’s not afraid of a grazed knee and it’s not going to stop her from running around. She moves at the speed of light!” the source continued.

With three active little ones, all under the age of five, proud parents Prince William and Kate Middleton, are loving the boundless energy in the palace. “They are soaking up every minute they can,” said the insider. “Their dream was always to have three kids.”

Though Prince William made a dad joke about their growing family being “thrice the worry,” we shouldn’t shoot down the possibility of seeing more royal babies in the future. The source said: “They never say never!”