Ready to watch her girl marry her prince! Priyanka Chopra has arrived at St George’s Chapel at Windsor Castle in England to witness the wedding between her close friend Meghan Markle and Prince Harry.

The 35-year-old actress stunned in a lilac dress and matching fascinator, one a day after she documented the process of picking out the perfect accessory. 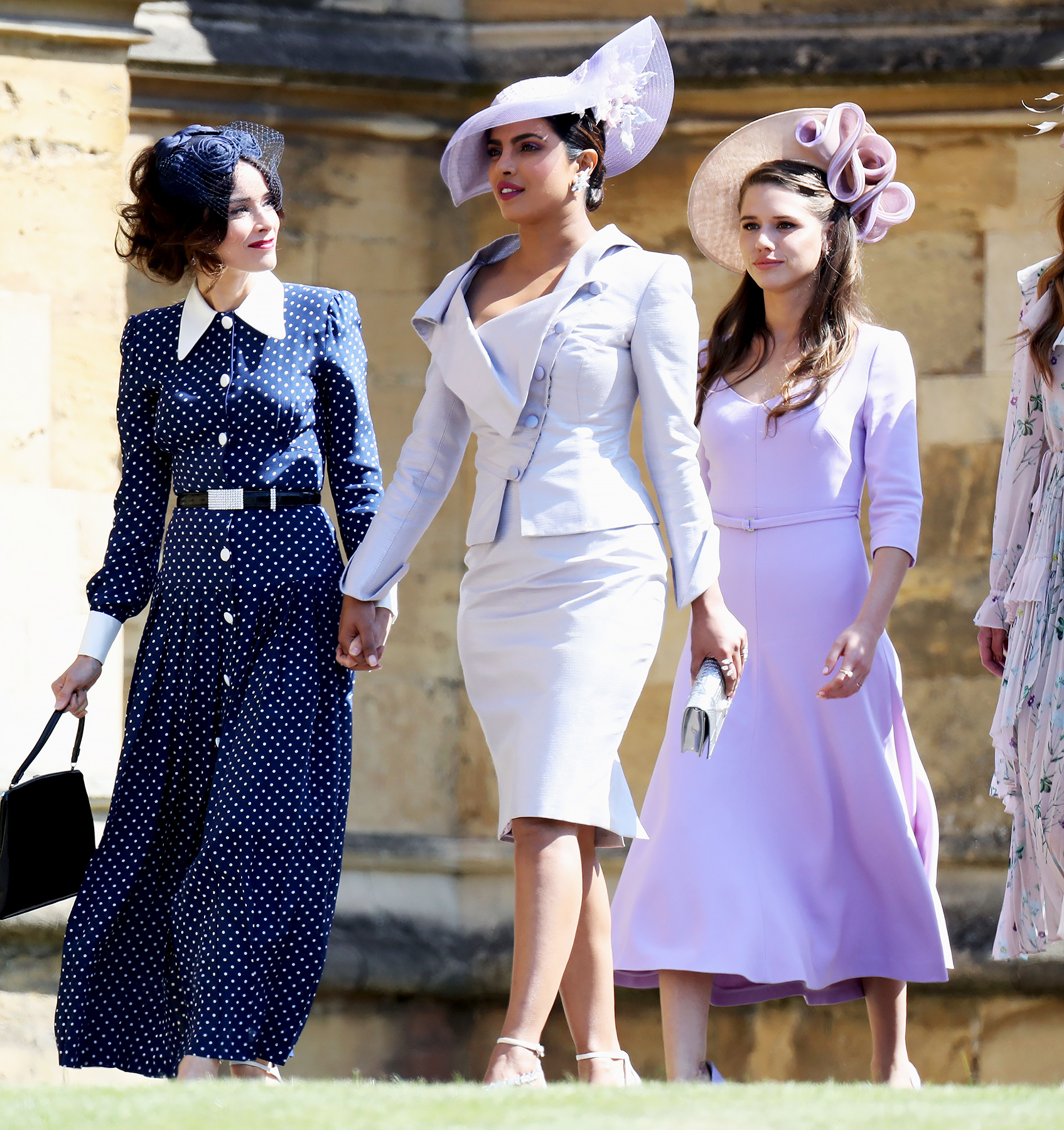 Other celebrities who will be in attendance include George and Amal Clooney, True Blood’s Janina Gavankar and Victoria and David Beckham.

The Baywatch actress exclusively confirmed to Us Weekly in April that she would be attending the wedding of the year on Saturday, May 19. “I’ve known Meghan for three years and I’m so happy the way the world has responded to her … she is a relatable young woman of the world today,” Chopra said of the former Suits actress.

“She’s that girl who thinks out of the box. She has always been an activist. She has always had a strong voice. She’s an ambitious girl of today. I think the world needs strong role models like Meghan,” the Quantico actress continued. “I think, I hope, Meghan will end up being one of those people.”

Chopra also honored Markle, 36, in Time’s 100 Most Influential People issue, where she penned a sweet tribute to her close pal.

“This ever-smiling, strong free spirit found her prince, fell in love and in turn made a cynical world believe in fairy tales again. But more than anything else, Meghan is an important influencer in a world that needs strong public figures to respect and look up to. People the world can be inspired by. Meghan, standing shoulder to shoulder with Harry, will be a princess for the people. Love always, my friend,” she wrote. “Live happily ever after.”