She’ll be settling in to watch her best friend Meghan Markle tie the knot with Prince Harry in just a few hours.

Yet Priyanka Chopra revealed that her dress still wasn’t ready on the day of the ceremony as she took to Instagram in the early hours of Saturday.

Sharing a snap with her glam squad on the day of the ceremony, the 35-year-old appeared to see the funny side as she could be seen laughing as a nude coloured item of clothing remained clamped to a sewing machine. 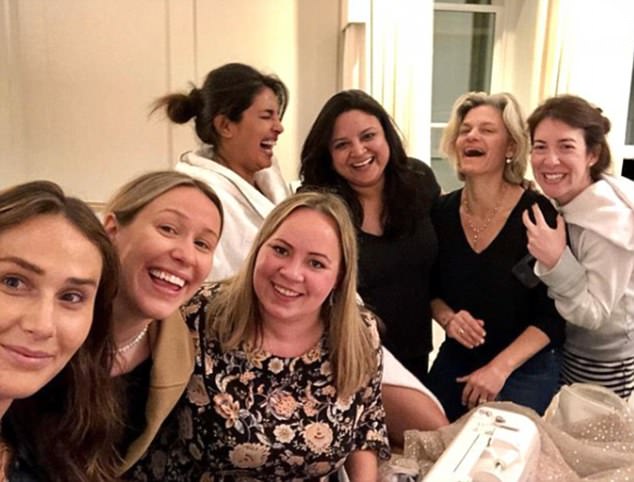 Cutting it fine!: Priyanka Chopra, 35, revealed that her dress still wasn’t ready on the day of the ceremony as she took to Instagram in the early hours of Saturday

She captioned the picture with: ‘Wedding SHEnanigans! 12:10AM the morning of…and still waiting for the dress! #funtimes #memories,’ as she went on to tag everyone in the photo.

Priyanka’s appearance at the wedding comes just days after she gushed over her best friend and how exciting her nuptials to Prince Harry will be.

Speaking on Barstool Sports’ Sirius radio show Chicks in the Office, she said: ‘It’s a fairy tale for our generation. 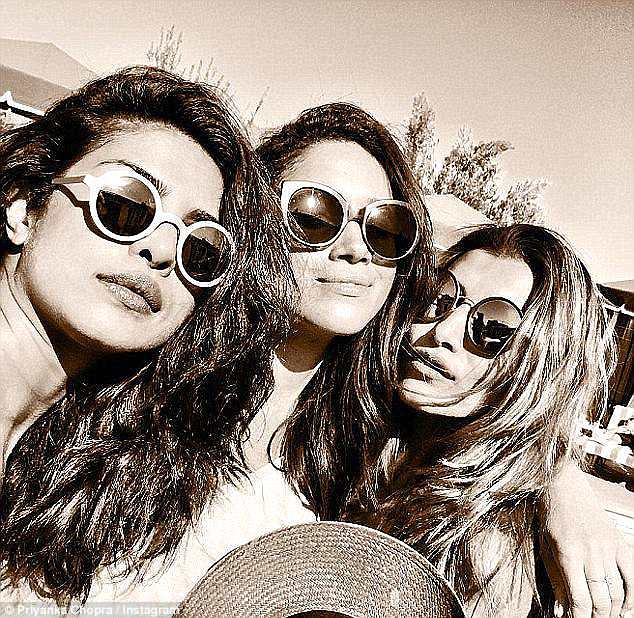 The scoop: Though she is promoting the new season of her show Quantico, she’s also been dishing a bit on her famous friend Meghan Markle

‘I think it will be really fun, I’m really happy for Meg, Meghan.

‘And I just feel like it’s gonna be such a life-changing thing not just for them, but for the world and for young girls out there because she is one of us, right? She’s that girl…she loves grocery shopping.’

Raving about what a wonderful person her friend is, she went on: ‘She has always been someone who cares about the world that I think she will fit so well into this new role that she is going to get into to. I’m just really happy for her.’ 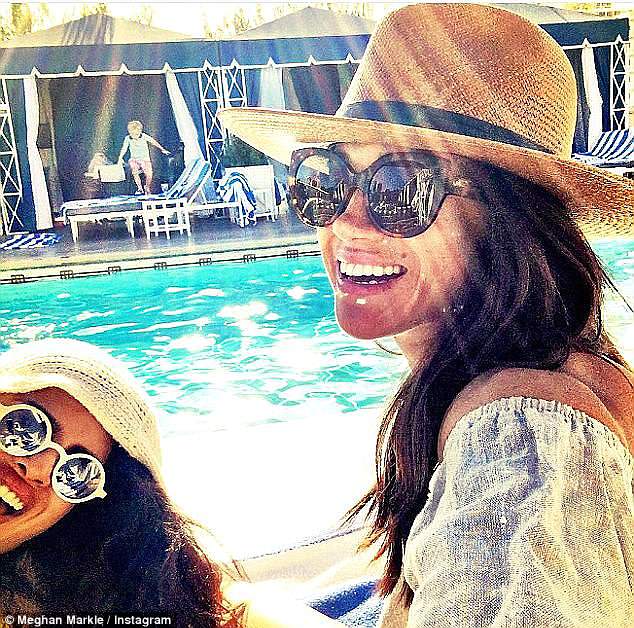 On everyone’s lips: She said that Meghan’s romance with Prince Harry is like a ‘fairy tale’ because Meghan is ‘one of us’

Though Priyanka herself is not a bridesmaid, she did share her thoughts on the fashion choices that will be made on the big day.

‘She’s doing it so cool like she has her own perspective the way she dresses… she’s such a little fashionista, but at the same time she keeps it really real, which I really like about her style, it’s very relatable.’

As for her own outfit, she said: ‘I just hope my shoes are comfortable.’

Priyanka has been offering quite a few fun tidbits about her friend Meghan while she promotes the new season of her ABC show, Quantico. 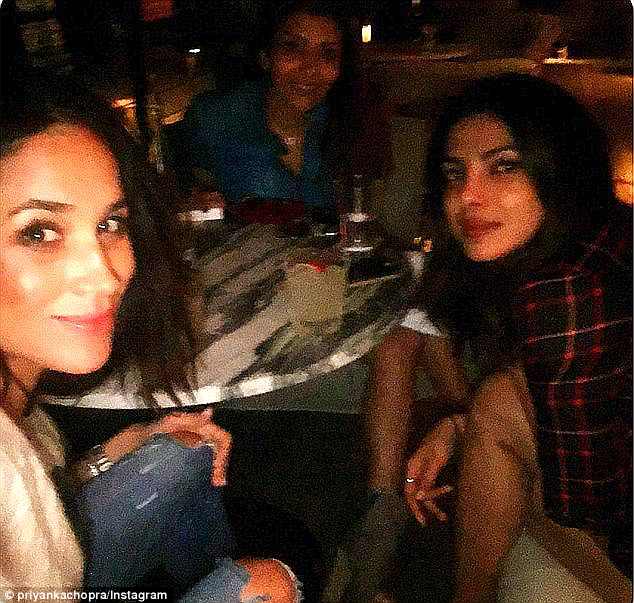 ‘I’m so happy for everything that’s happened to her because I really feel like she’s one of those female icons that you know could be a strong idol for young girls,’ she said

When she dropped by both Rachael Ray and Jenny McCarthy’s XM Radio show, confirmed to Jenny that she will be attending the wedding and to Rachel that the future Mrs. Prince Harry is still keeping in touch.

On Rachael Ray, the host asked if the future Mrs. Prince Harry is ‘normal’ — to which Priyanka laughed and replied, ‘She is! She’s such a girl’s girl.

‘I’ve known her for three years now,’ she went on. ‘I’m so happy for everything that’s happened to her because I really feel like she’s one of those female icons that you know could be a strong idol for young girls around the world because she really cares about the world. For real cares.’

When Rachael asked if she still had a cell phone — or whether it’s taken away from her, like the President’s — Priyanka insisted she does and still uses it to catch up with buddies.

‘She still texts a lot, which is great,’ she said. 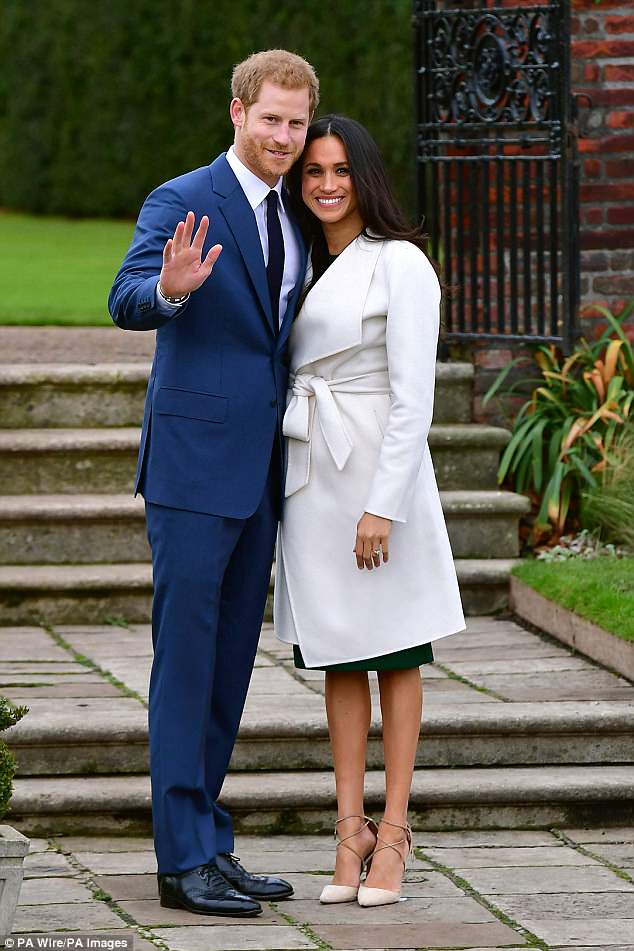 Get ready: Meghan and Harry, pictured after the announcement of their engagement last year, are set to tie the knot on May 19