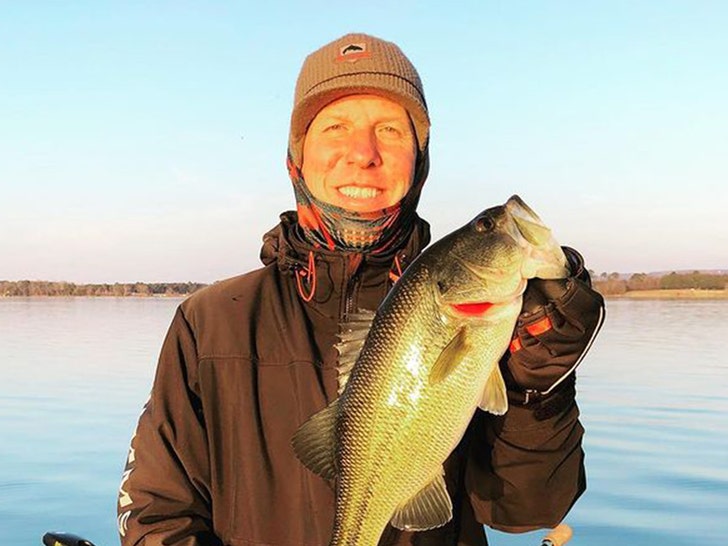 Pro bass angler Aaron Martens — a 3-time Bassmaster Angler of the Year — has passed away after a battle with brain cancer. He was 49 years old.

Martens was a legend in the sport — he won 9 Bassmaster tournaments over two decades … earning more than $3 million in prize money.

Known as the “Furious Hog Snatcher,” Martens was nominated for Best Outdoor Sportsman at the 2005 ESPY Awards.

Major League Fishing released a statement on the tragic news … saying, “There are many, many words that could be used to describe Aaron — talented, competitive, kind, creative, funny, thoughtful, gifted, sweet, quirky, generous.”

“The world knew Aaron because of his brilliance at his craft, but for those who were fortunate enough to enjoy his presence in their lives, he’ll be remembered for the roles he played (and loved) the very best: loving father, devoted husband, beloved son and brother, dear friend and faithful believer.”

Fellow fishing star Bill Dance shared his condolences on Twitter … saying, “He was a class act and just a doggone good guy that our industry and all anglers are sure gonna miss.”

“He was just so happy and genuine, just a dadgum GOOD GUY,” he added. “Definitely a keeper that’s going to be missed! Our family’s thoughts and prayers go out to his family.”

“You were one of the best Aaron! Rest In Peace my friend.”

Martens is survived by his wife, his 2 children, and his mother.