Radio host Delilah says she connected with Rory Feek after losing her sons: It ‘gave me hope’

Radio host Delilah says faith ‘saved my sanity’ after she lost two sons: ‘I did the best that I could’

Radio host Delilah says faith ‘saved my sanity’ after she lost two sons. The star also gets candid on her new book, titled ‘One Heart at a Time.’

Delilah has “buried three sons since 2012” – and it was Rory Feek who helped her face such unspeakable losses.

The beloved radio personality’s son Sammy died of complications with sickle-cell anemia in 2012 at age 16. In 2017, her 18-year-old son Zachariah died by suicide. And in 2019, her stepson Ryan passed away.

“I think when you lose a child, if you don’t have a coping mechanism, you’re not going to last long,” the 61-year-old said on the recent episode of the PEOPLE Every Day podcast with Janine Rubenstein.

According to Delilah, visiting a grief counselor was “probably the best thing I did for myself,” along with support groups and relying on her faith. But it was Feek’s words that left a lasting impression. “Right after Zack passed, [Feek] reached out to me, and he said something to me that changed me,” Delilah explained. “He said, ‘Your boys are much more a part of your future than they are a part of your past.’”

Delilah admitted that at first, she was upset with Feek for saying that. But then Feek explained what he really meant.

“And that was such a huge gift,” she continued. “It reframed everything, that one little conversation, and gave me the hope and something to look forward to. But while I’m here, I want to be as effective as I can as a mom, as a broadcaster, as a friend. And so I got to keep moving forward.” 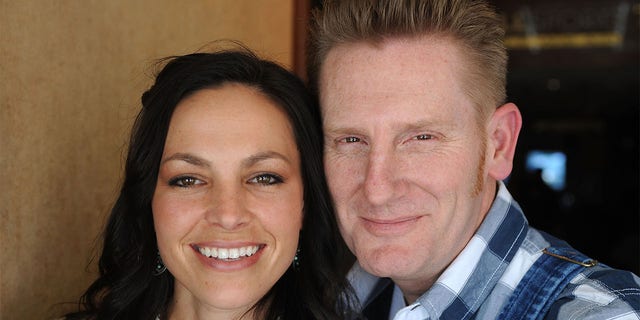 Back in 2019, Delilah told Fox News her faith in God has given her the strength to face such painful tragedies in her life.

“I came to my faith in my 20s and it is my faith that has kept me going through losing two boys, two of my sons, Sammy and Zack,” she said at the time. “There is a verse that says, ‘Every one of our days is numbered before a single one comes to pass.’ That one verse has saved my sanity because all of my sons’ days were numbered. God knew when they were going to leave this earth before they came to this Earth and knowing that changes everything. Because if I didn’t believe that, then I would do the what-ifs. What if I had done this differently? What if I had done that differently?” 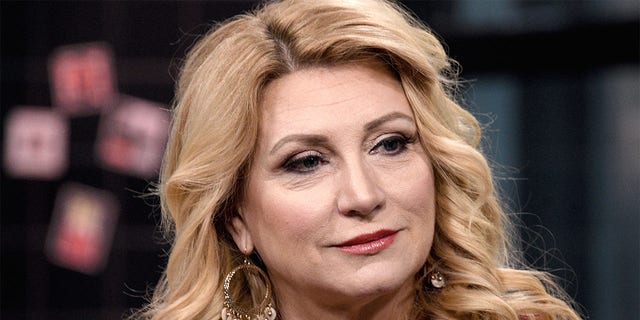 Radio personality Delilah is a proud mom of 15 – "13 here and a couple in heaven."
(Photo by Gary Gershoff/Getty Images)

“I would drive myself insane with the what-ifs,” Delilah continued. “But the reality is I did the best that I could with the information I had. All of our days are numbered. God already knows when he’s going to call me home. So while I have today, while he’s given me this 24 hours, I can spend it mourning and depressed over what I’ve lost or I can spend it rejoicing in children who still need me, who still need their mom to be fully present. So, I choose life. I choose joy. I choose to invest my energies into those people that God has in my life today.”

If you or someone you know is having thoughts of suicide, please contact the National Suicide Prevention Lifeline at 1-800-273-TALK (8255).