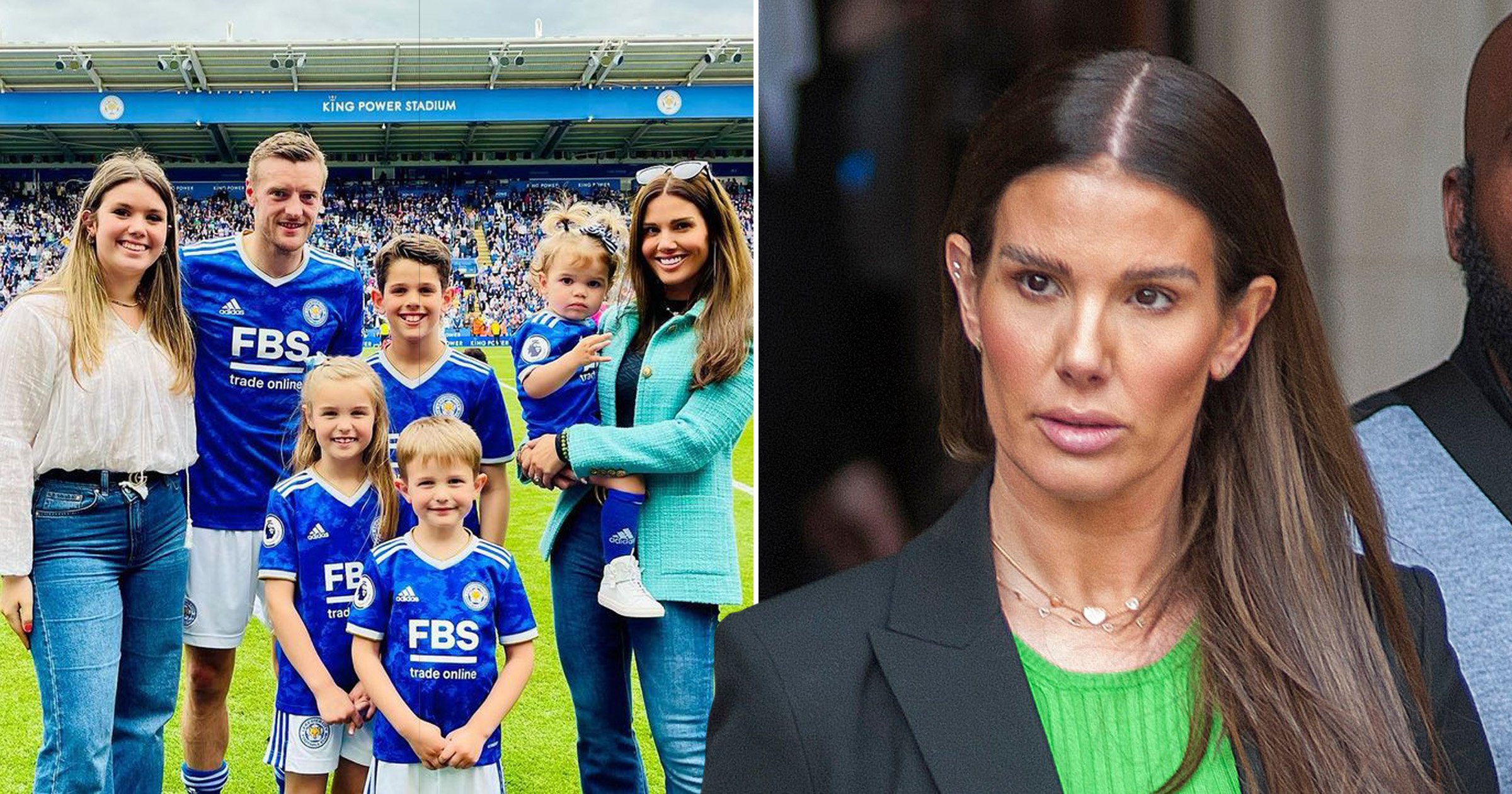 Rebekah Vardy has returned to Instagram for the first time since the so-called Wagatha Christie trial began.

The star, who is married to footballer Jamie Vardy, was locked in a legal battle with fellow Wag Coleen Rooney, with the high-profile court case coming to an end last week.

Rebekah denies the accusations and retaliated by suing Coleen for libel.

While the trial itself is over, with Rebekah reportedly in tears as it drew to a close, the verdict has yet to be delivered.

It seems Rebekah, her husband and their children are trying to put the incident behind them as they await the verdict, with the star returning to social media on Friday.

Taking to Instagram, Rebekah shared a sweet snap of her, Jamie and their children supporting the sports star at a recent Leicester City match, where Jamie’s team won 4-1.

Rebekah has daughter Megan, 17, and son Taylor, 11, from previous relationships, and shares Sofia, six, Finlay, four and one-year-old Olivia with Jamie; the footballer also has 11-year-old daughter Ella from another relationship.

In the cute family snap, Rebekah, 40, and Jamie, 35, stand surrounded by their children, though missing daughter Ella, most of them wearing matching LCFC kits.

Sharing the photo to Instagram, Rebekah captioned it with a simple heart-covered emoji.

She also shared a further snap to her Stories of baby Olivia standing in her blue kit and her foot on the ball, grinning, like her famous dad.

It’s the first time Rebekah has posted to Instagram since the Wagatha Christie case got underway, with her last post uploaded more than two weeks ago.

It featured her two youngest daughters, Olivia and Sofia, wearing matching outfits as they played on a bouncy castle.

The court case centres on a viral social media post made by Coleen in October 2019, in which she said she had carried out a ‘sting operation’ and accused Rebekah of leaking ‘false stories’ about her private life to the press.

Coleen is defending herself against Rebekah’s libel claim on the basis her post was ‘substantially true’.

Rebekah had attended the final day of the High Court trial on Thursday last, however Coleen and Wayne were not present, due to what they called a ‘long-standing travel arrangement.’

The pair now face a wait to find out the results of the trial.