The chart-topping singer is currently living it up in Ibiza alongside her pals.

And Rita Ora is certainly making the most of her skimpy summer wardrobe for the occasion.

Uploading to Instagram on Monday, the 28-year-old star ensured all eyes were on her as she slipped into a very cheeky two-piece.

The bombshell babe showcased every inch of her killer bod as she spent the day onboard a luxury yacht.

Rita flaunted her trim waist and teased her ample cleavage in the skimpy bikini, which flashed plenty of underboob.

Intent on setting pulses racing, the Pokémon Detective Pikachu star threw a number of sultry poses as she beamed at the camera.

She captioned the saucy snap: “I mean the gals are gonna [sic] hate that they’re in this but today was so relaxing and just pure bliss.”

Needless to say, it didn’t take long before the babe was inundated with comments from her whopping 15.2million followers, who flocked to comment on her saucy display. 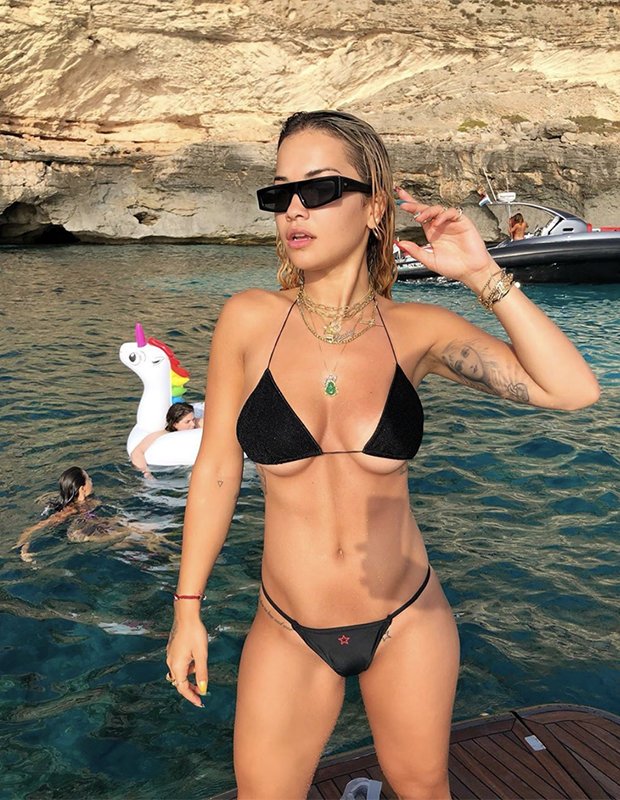 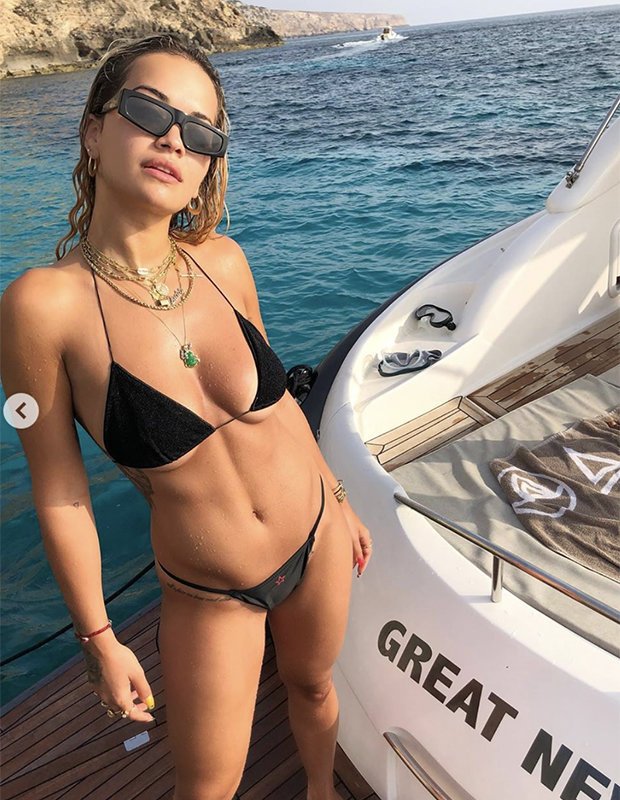 One user wrote: “Well that’s made my summer.”

While a third admirer quizzed: “How can someone even be so hot?”

And a final fan added: “Not to be dramatic but I’d give my right arm to date you.” 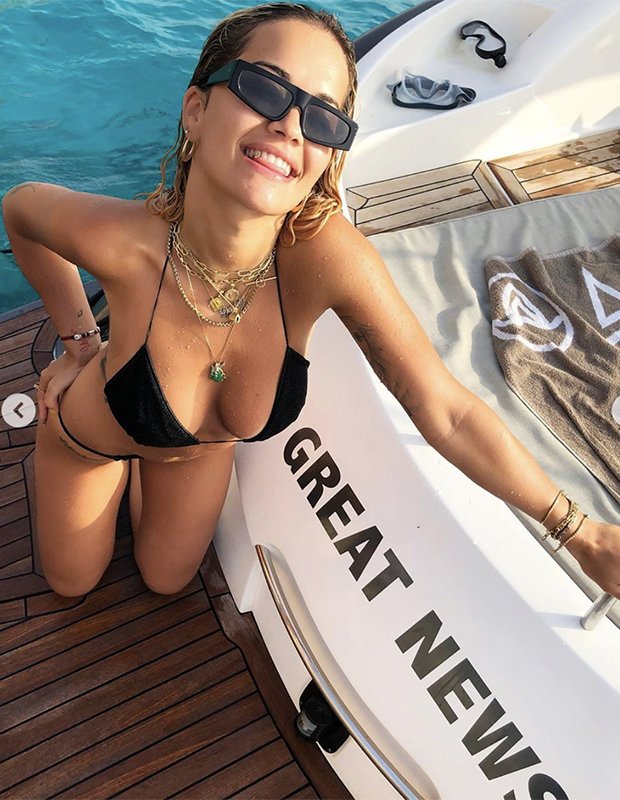 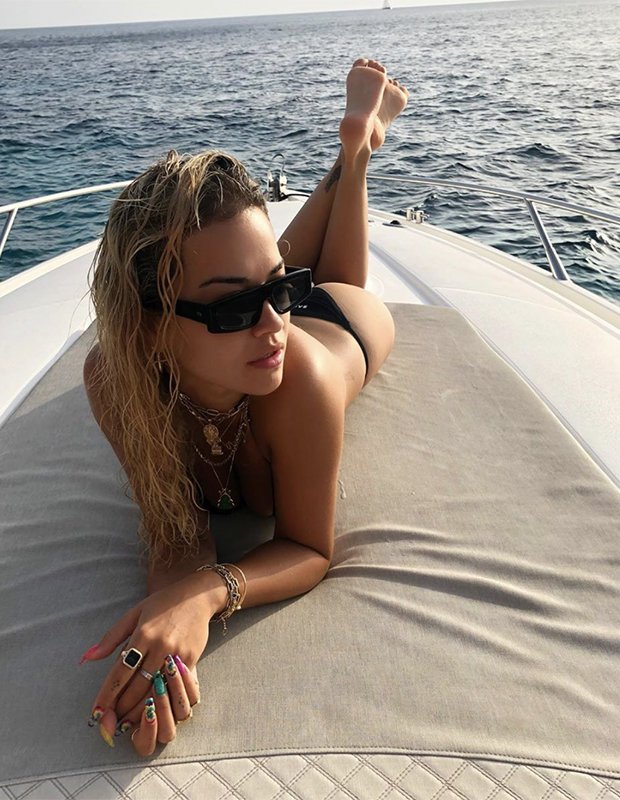 Rita is reportedly back with her ex-boyfriend producer Andrew Watt five months after the pair called time on their romance.

During their brief split, she dated Spiderman actor Andrew Garfield for four months.

It was reported that the duo split after their work schedules made it almost impossible to continue as a couple.