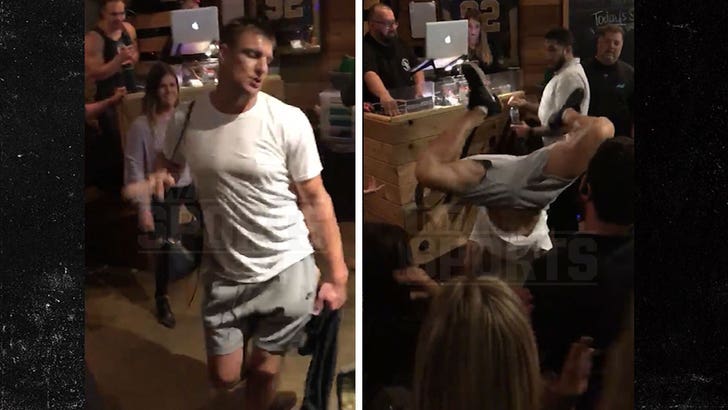 Rob Gronkowski is taking his traveling dance party on the road … this time he’s tearing it up in Dallas and ya gotta see his new moves!!!

Check out this amazing video of Gronk owning the dance floor at Chill Bar & Grill outside Dallas … he’s dancing his face off in the middle of an open circle, and the crowd LOVES IT!!!

Gronk can hold it down on his own, but a few of his brothers eventually jump in and start dancing with the former NFL stud.

Gronk’s bros Chris and Glenn live in the Dallas area, so we’re guessing he’s in town to visit family for Thanksgiving. Oh, and there’s a pretty big NFL game in town too.

After working up a sweat on the dance floor, Gronk eventually hopped behind the DJ booth to get on the 1s and 2s. Folks in the bar tell us he and his crew were having a helluva time all night. 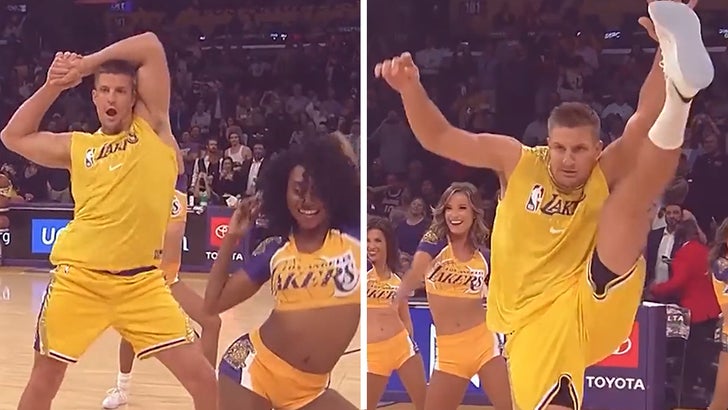 Remember, Gronk was in Los Angeles last week, hitting the hardwood and dancing with the Laker Girls alongside Venus Williams and James Corden.

Where will Gronk’s dance party show up next?!?