Boys’ day out! Rob Kardashian and Tristan Thompson enjoyed some fun in the sun during a family trip for Kylie Jenner‘s 23rd birthday.

“Most Beautiful trip of my Life with the Fam‼️,” the sock designer, 33, captioned a series of Instagram photos on Thursday, August 13. One picture featured Kardashian lounging on a pool float with Thompson, 29, smiling widely by his side. “HAPPY BIRTHDAY @kyliejenner‼️ Love You💙💙 WOO!!”

The same day, the athlete shared the photo to his own Instagram page, writing, “My Cro 4L @robkardashianofficial 💙.” 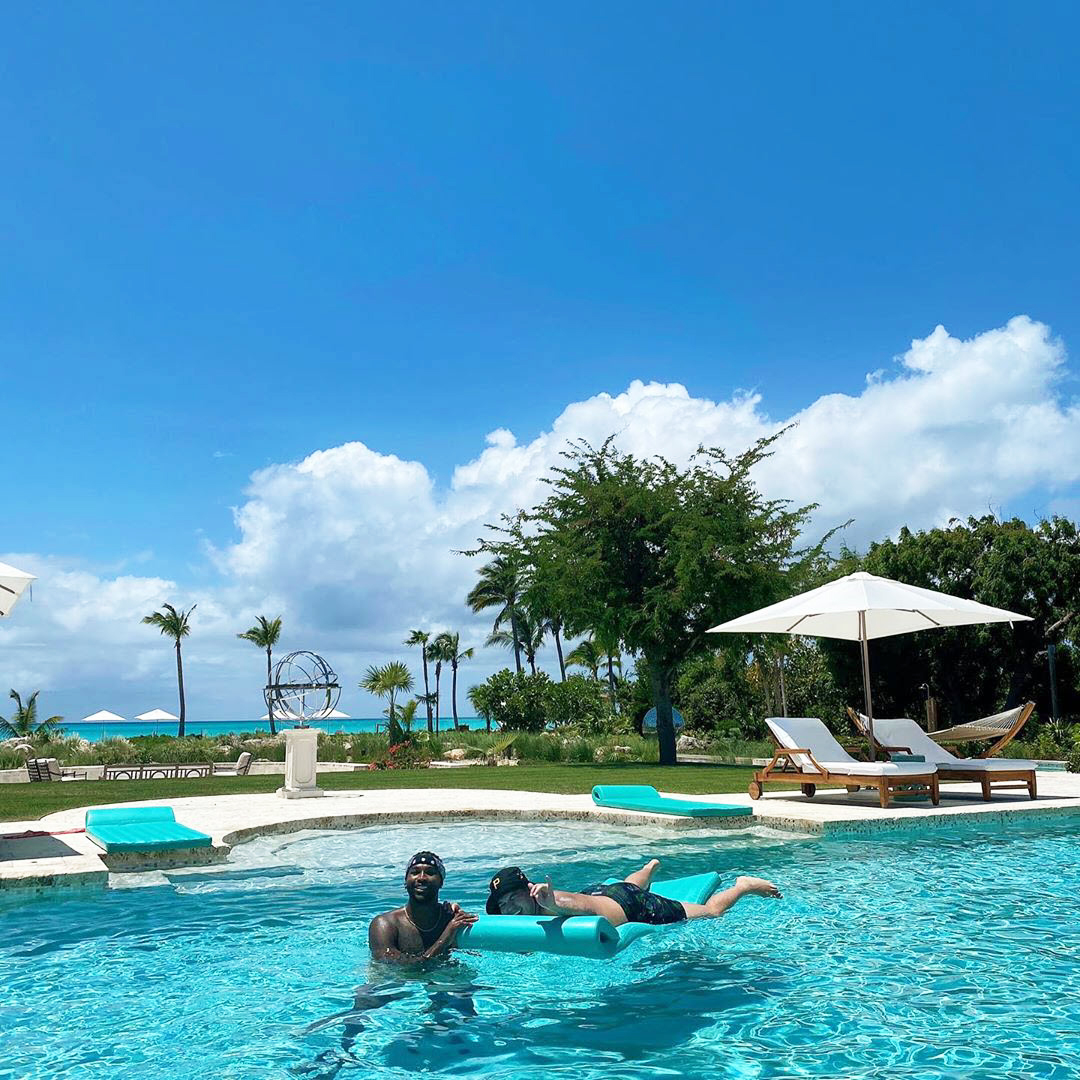 The Rob & Chyna alum has been slowly making a return to social media this summer, even showing off his new slim figure at sister Khloé Kardashian‘s 36th birthday party in June. Following his weight loss, a source told Us Weekly exclusively that Rob has been “taking really good care of himself” in recent months and worked on being “a very active parent” for 3-year-old daughter Dream, whom he shares with ex Blac Chyna.

Everything the Kardashian-Jenner Sisters Have Said About Coparenting

Thompson, for his part, sparked speculation earlier this year that he was making an effort to win back Khloé’s heart after their February 2019 split. In March, Us broke the news that the exes were quarantining together in Los Angeles with 2-year-old daughter True during the coronavirus pandemic. Three months later, the on-off couple was spotted getting cozy at a mutual friend’s birthday bash.

In August, Us confirmed that the Revenge Body host and the NBA player were officially giving their romance another try. “Khloé is hopeful that Tristan has changed for good and will continue to grow and be the great and loyal partner that he has been throughout their time together during the [coronavirus] quarantine,” a source explained. “Khloé would love to give daughter True a sibling because she is at the perfect age.”

A separate source later told Us that “there hasn’t been talk of marriage” between Khloé and the Cleveland Cavaliers athlete, but they do “want to buy a house together” in California.

“Tristan wants to prove to Khloé that he has changed and wants to make this permanent with a family home,” the insider added.

Before getting back together with Thompson, the Good American cofounder admitted that their coparenting relationship “surprises the hell out of [her].” Since going their separate ways in 2019, the duo made sure to make their daughter their first priority and worked hard to be cordial with one another for her sake.

“We’re doing a great job and I’m really grateful that we’re able to,” Khloé said during a July interview with Daily Pop. “I come from a family that … just because people aren’t together doesn’t mean you have to be rude or they’re out of your life.”