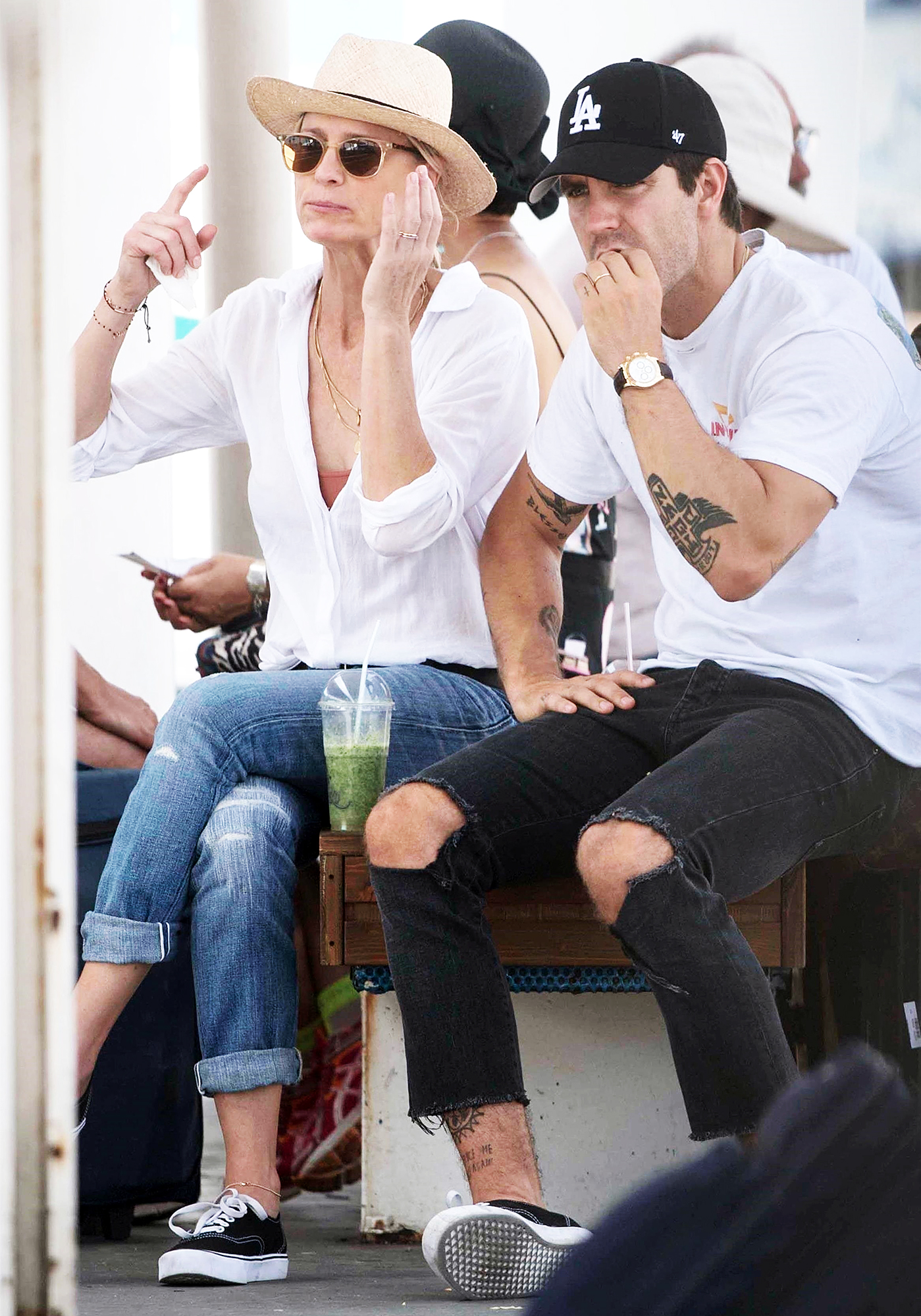 That’s amore! Robin Wright and her rumored husband, Clement Giraudet, were spotted getting cozy while vacationing in Capri, Italy, on Sunday, July 22.

The House of Cards star, 52, and the Saint Laurent VIP relations manager stopped for a bite to eat in Naples as they waited for a ferry to take them to the island. They showed off matching gold bands on their left ring fingers while carrying their own luggage. 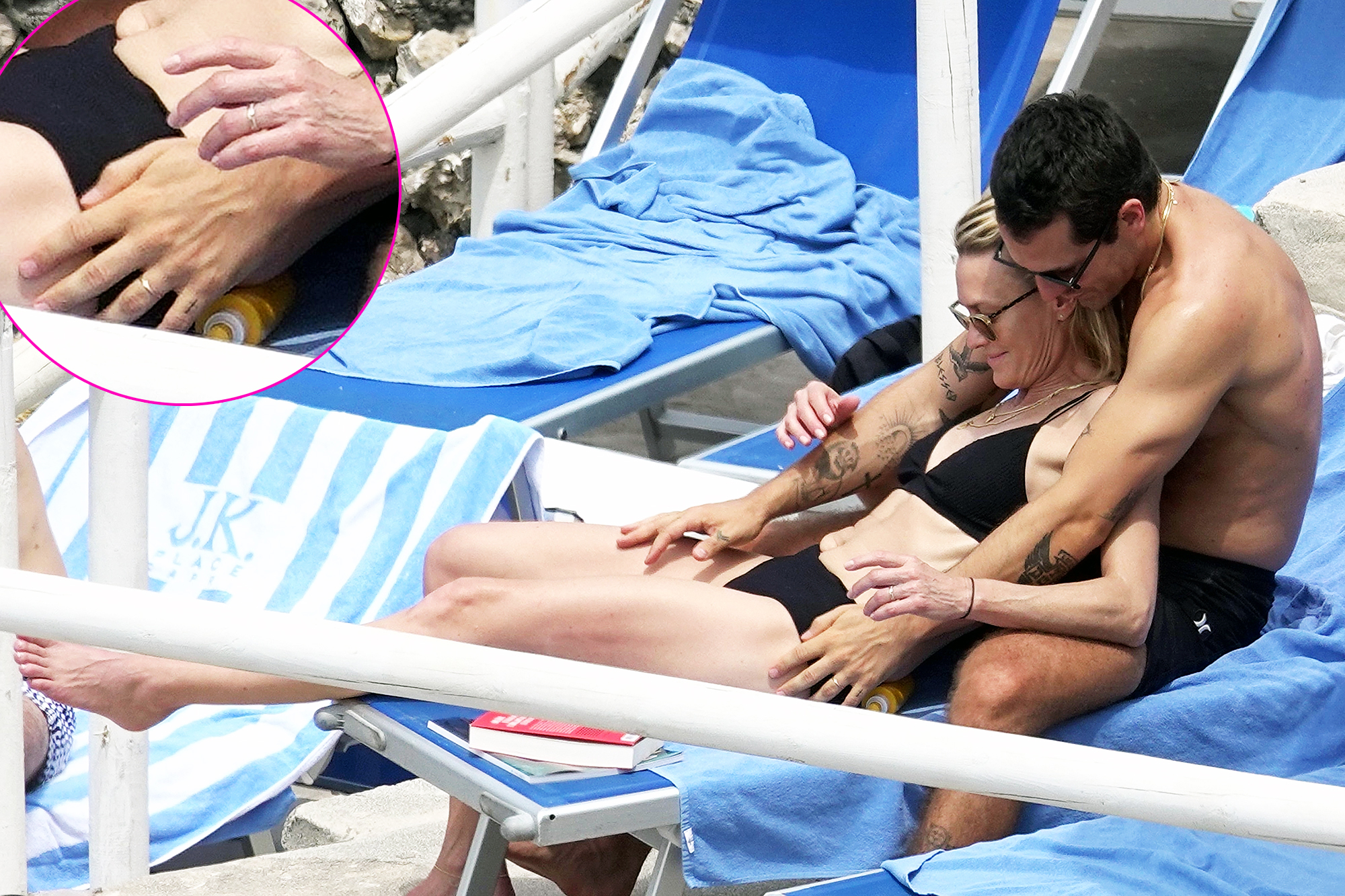 Shortly after arriving at their hotel, the couple headed to the pool and soaked up the sun. They coordinated swimsuits, with the actress rocking a black bikini and the French fashion executive donning a pair of black swim trunks. They kissed, hugged and applied sunscreen on each other while lounging outside.

Wright and Giraudet were first spotted together at a soccer game in Paris in September 2017. Their relationship did not make headlines until three months later when they celebrated the holidays together at Squaw Valley ski resort in Tahoe City, California. They have been sporting matching rings since March.

The Emmy nominee was previously married to soap opera actor Dane Witherspoon from 1986 to 1988, and Sean Penn from 1996 to 2010. She and the Milk star, 57, share daughter Dylan, 27, and son Hopper, 24. Prior to her romance with Giraudet, Wright was engaged to Ben Foster from 2014 to 2015. The Hell or High Water actor, 37, went on to marry Laura Prepon this June, nearly one year after they welcomed a daughter, Ella.