“When you delete the unnecessary people from your life, good things will start happening for you and it won’t be a coincidence,” the quote read. He added: “#Positivity.” 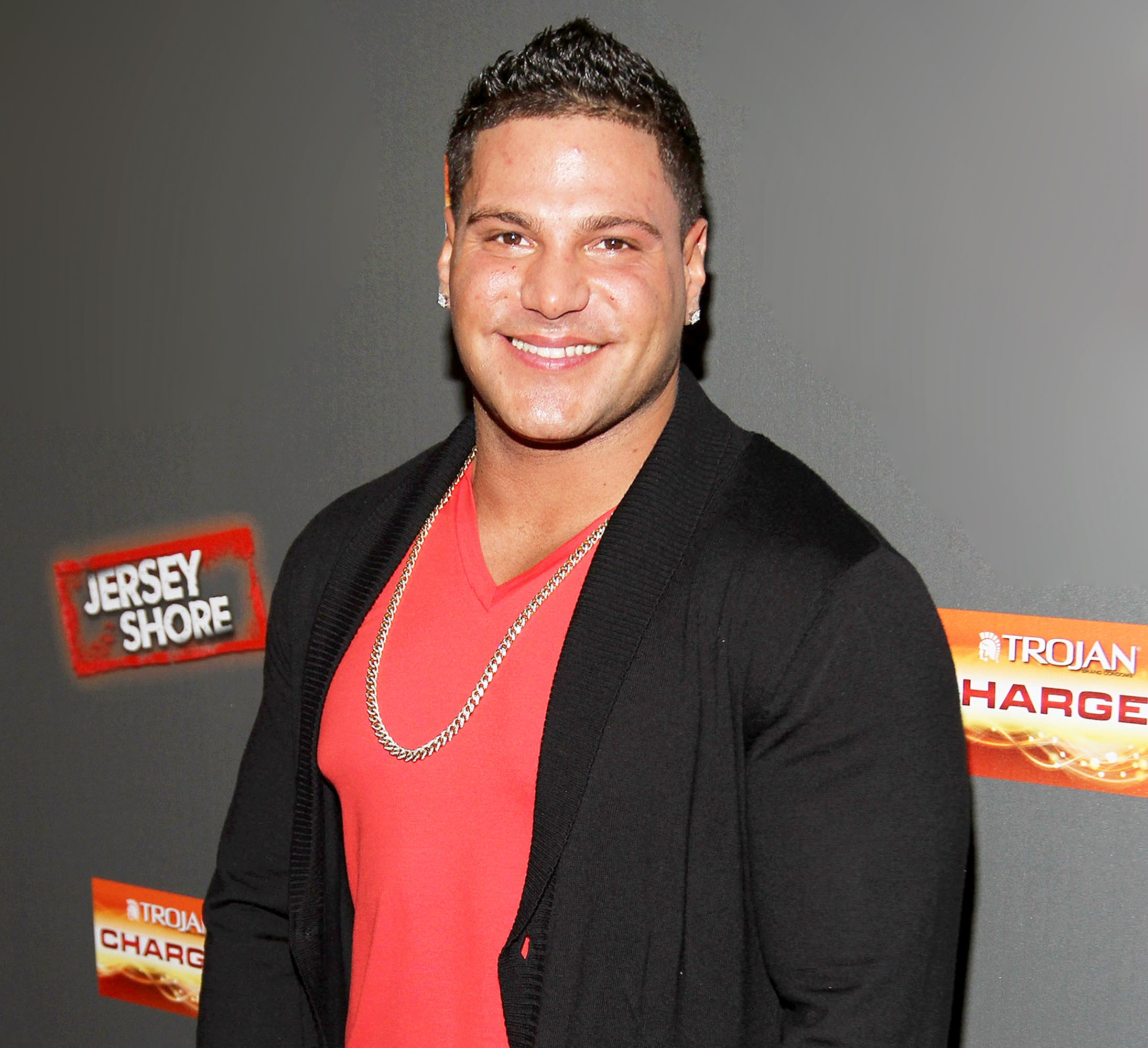 The Jersey Shore alum, 32, appeared to be directed toward the quote by his friend and costar Paul “DJ Pauly D” DelVecchio, who he tagged on the social media platform. 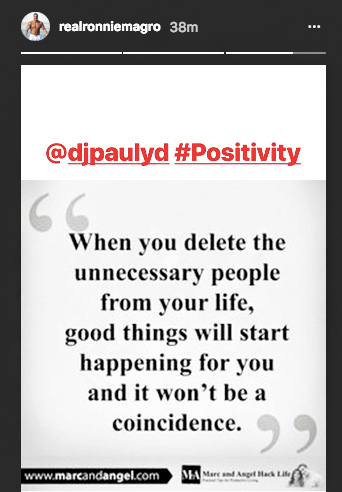 “I want to apologize to my family, friends and fans. This is a private matter that should have never been made public. I remain focused on my daughter and she is my number one priority,” he told Us Weekly in a statement.

Their drama began over the weekend when they traded insults on Instagram Stories. “Note to self, can’t turn a natural born HOE, into a HOUSEWIFE, if you find them in the gutter then leave them in the gutter,” the MTV personality wrote. She responded: “Can’t turn a coke head into a father! Yeahhh buddy.” On Monday, they would go on to have a physical altercation on Instagram Live before calling it quits.

“Ronnie asked Jen to move out today,” a source told Us. “That’s what sparked the big fight on Instagram. Ronnie has put all of Jen’s stuff in boxes. It’s all settled down now and Jen has moved out.”