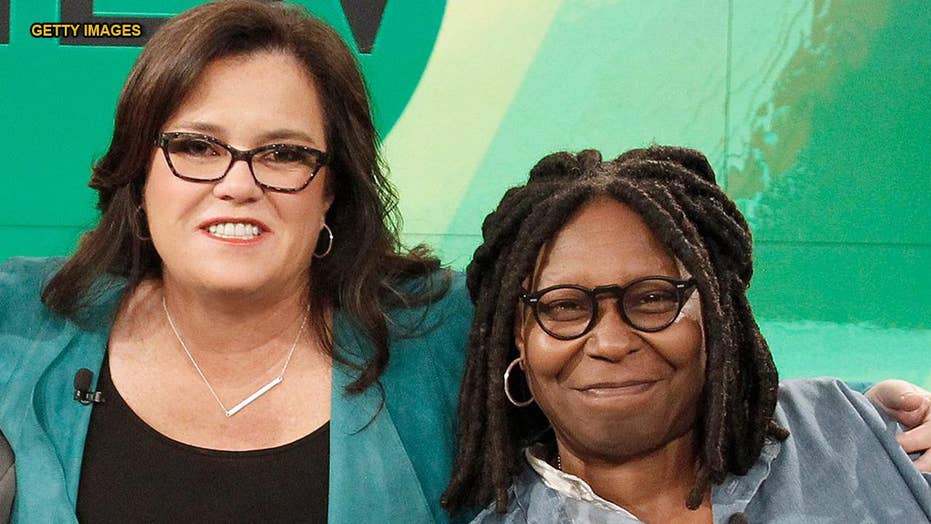 Former ‘The View’ host Rosie O’Donnell slammed co-host Whoopi Goldberg in the new book, ‘Ladies Who Punch: The Explosive Inside Story of ‘The View.” O’Donnell called Goldberg ‘mean,’ adding that working with her was, ‘The worst experience I’ve ever had on live television.’ According to O’Donnell, the beef began when she vocally disagreed with Goldberg about Roman Polanski’s guilt in the rape of 13-year-old Samantha Geimer.

More details about Rosie O'Donnell and Whoopi Goldberg's feud on "The View" have been unveiled.

Ramin Setoodeh, author of "Ladies Who Punch: The Explosive Inside Story of 'The View'" described a power clash between the two panelists as the root of their beef.

“I don’t think she liked to be challenged,” Setoodeh told Jenny McCarthy of Goldberg. “I think she had the most problems with Rosie O’Donnell because Rosie wanted to challenge her and wanted to change the show. Rosie felt like Whoopi was kind of checked out.”

When the women were together, Setoodeh said, "It was World War III. It was the worst 'The View' had ever been when the two of them were on. They were fighting every single day. It got so bad that Rosie would be backstage complaining to guests about how mean Whoopi was to her."

Setoodeh also claimed that O'Donnell told him her own doctor told her she was having a "health crisis" on the show when he saw her neck artery throbbing during an argument with Goldberg. O'Donnell claimed to have walked off the set into the audience during a commercial break to take a Xanax because Goldberg cut her off and made her upset.

O'Donnell reportedly was especially furious that Goldberg wouldn't let the panel speak Bill Cosby on the show because he was a friend of Goldberg's and "for a long time didn't believe the women who came forward." Both O'Donnell and McCarthy alleged that Goldberg didn't let them debate or argue and would just cut to a commercial during a disagreement.

Setoodeh said that O'Donnell, who'd hosted her own hit daytime talk show previously, "was used to being in charge. She was used to calling all the shots, and 'The View' wasn't her show. It was Barbara Walters' show, and when she came back the second time, Whoopi was really in charge because she was the moderator. And she sort of made life Hell for everyone because she was so frustrated all the time because things weren't going her way."

Still, Setoodeh says of O'Donnell, her motives weren't malicious: She was a perfectionist and wanted to make the show better, while the rest of the panel reportedly didn't want to rock the boat.

"She was very honest about it. She didn't think that they were doing a good enough job," Setoodeh said, admitting that she may have had "unrealistic expectations … She had a lot of trouble letting other people do things."